There was a Rastafarian who used to walk around Newark predicting that then-Mayor Cory Booker would become Senator Cory Booker, and to amplify the point only referred to the mayor as “The Senator.”

Well, now The Senator really is the The Senator, and it is hard to remember another politician who ever appeared as happy to hold a public office as the federalized Booker.

But certain politicos persistent in believing that Booker should be The Governor, and the conversations got kick-started again today a day after former Goldman Sachs CEO Phil Murphy appeared to become the new frontrunner in the 2017 gubernatorial contest after laying Jersey City Mayor Steven Fulop flat.

The source came out of Newark, notifying PolitickerNJ that operators in George Norcross III/Joe DiVincenzo world this morning again shopped the idea of a clear-the-field Booker candidacy to cope with Murphy. A second source confirmed.

But apparently Booker’s not taking the bait, said a source close to the senator. He has the jet, the passage to California, the ability to speechify and campaign and not be held accountable in an executive capacity at a time when New Jersey looks capsized in financial distress. Murphy, moreover, embodies the perfect foil, as former Goldman Sachs executive Jon Corzine did: a rich white guy who bought the office and therefore will never threaten to make a remark that can inspire an audience, thereby ensuring Booker relevant air time when the two cohabitate in public.

The last gasp effort by the establishment to prop up Booker in the face of Murphy would have the added benefit of opening a U.S. Senate seat, creating another beneficial dualism between a North Jersey Governor and a South Jersey Senator.

But Booker, again, ain’t buying, preferring the same title favored by that nameless Rastafarian back in Newark 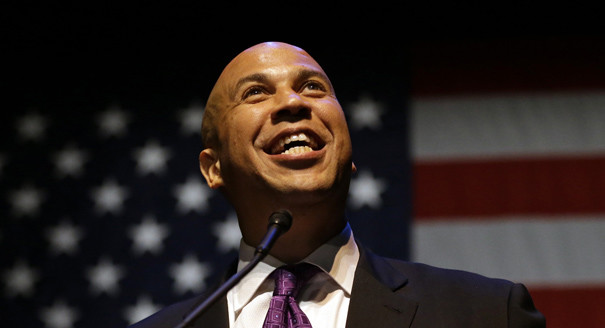