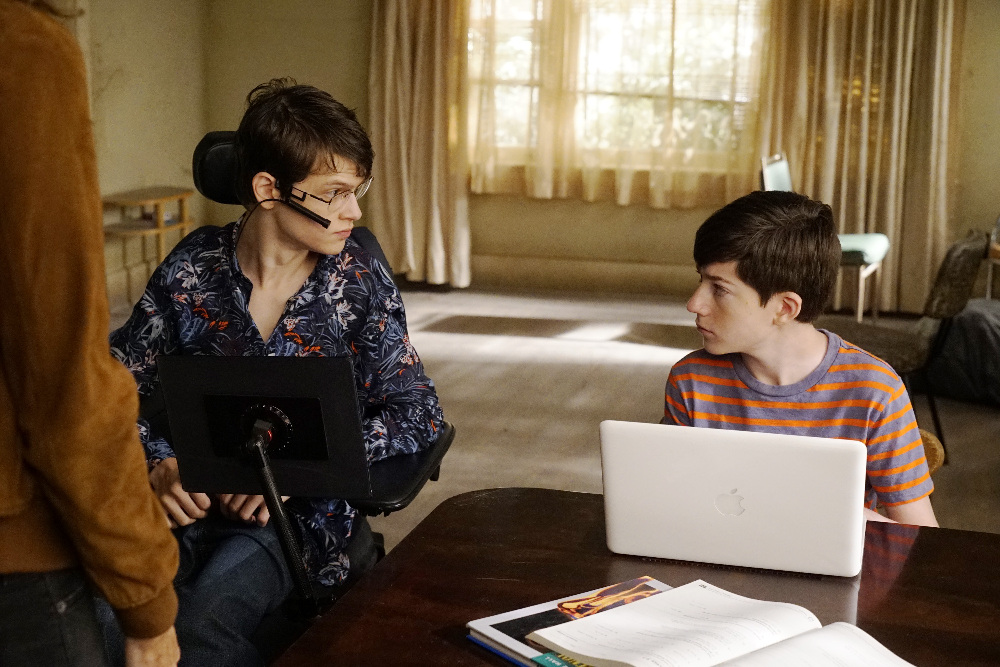 On the surface it may seem like just another family comedy, albeit with a slight twist – a special needs child – but Speechless is much more than that, it’s a sit-com that’s actually quick, interesting, heartfelt, and most importantly, funny.

Speechless is about the DiMeo family, which consists of mom Maya, dad Jimmy, sons Ray and J.J., and daughter Dylan. Maya is a seemingly overbearing mother whose sole focus at the moment is to find the right school for J.J., her nonverbal teenaged son who has cerebral palsy.

At times Maya is completely outrageous in her actions, but it’s always done with her family’s best interest in mind – well, almost always.

In the series opener, Ray is pissed that the family has to move yet again in order to secure a full time helper for J.J., a point which emphasizes that what affects one family member, affects all family members — a very appropriate theme in a family centered show like this one.

The DiMeo’s aren’t a wealthy brood and are clearly in over their heads in their new neighborhood, but that doesn’t stop any of them, especially Maya, from pointing out to everyone around them that society’s treatment of J.J. is often uttered ridiculous.

Case in point, when J.J. enters his new classroom in his wheelchair he receives an immediate standing ovation, which the teacher orchestrates but then instantly thinks is insensitive. Then the class flashes a sign reading ‘J.J. for President.’ In response to this, J.J. (via a translator) retorts, ‘Why? You don’t even know me?’ It’s the prefect comeback and we quickly learn that for someone who can’t speak, J.J. almost always has the perfect comeback in any given situation.

While the promotion for this series has focused greatly on the fact that Minnie Driver plays Maya, and she is VERY good, what’s getting overlooked is that the rest of the cast, particularly the kids, are exceptional. Mason Cook as Ray and Kyla Kennedy as Dylan are perfectly cast as J.J’s loving, and yet frustrated, siblings. As all young people do, they’re striving to establish their own identities and forge their way though school but with the added burden of being part of a family that everyone knows because of J.J.

The writers have done a excellent job of showing the conflict these kids face in wanting what’s best for J.J. while they still feel like they’re getting lost in a kind of ‘special needs shuffle’ as Maya seems always laser focused on what’s desirable for their brother, often to their determent.

Focusing on the kids in this series is kind of an ABC sort of thing to do. Think about it, the kids on Modern Family, Black-ish, The Goldbergs and The Middle are all stellar, so it seems fitting that this series follows suit. And, it’s just a really nice thing to see as well – storylines about the whole family. ABC has, in a way, really advanced the ‘family sit-com’ in the past few years and Speechless is a fine example of this.

Another thing that the writers are clearly excelling at is that they’ve sort of erased that innate desire that people might feel to feel sorry for J.J. in any way because it becomes clear pretty quickly that he’s really the smart, strong one here. He may be a guy who is without a verbal voice, but he speaks volumes with his face, gestures, actions and reactions to others. This is one of the most appealing things about the series – that there’s no doubt about who J.J. is and if you’re not sure, he isn’t afraid to tell you, in his own unique way.

Having said that, with all due respect to Ms. Driver, the real star of this series is the amazing Micah Fowler who as J.J. combines all of the aforementioned skills into a character who is incredibly interesting and charismatic, all accomplished without the use of his vocal cords. He also uses his body language in a way that’s really never been seen on television before. That’s a feat that should be not only celebrated but, as I’m sure Mr. Fowler would want it, enjoyed for entertainment purposes as well.

Given the talent and storytelling here, the only thing that might actually be Speechless is you, the viewer, because as you watch this show you might be laughing just a bit too much to talk. 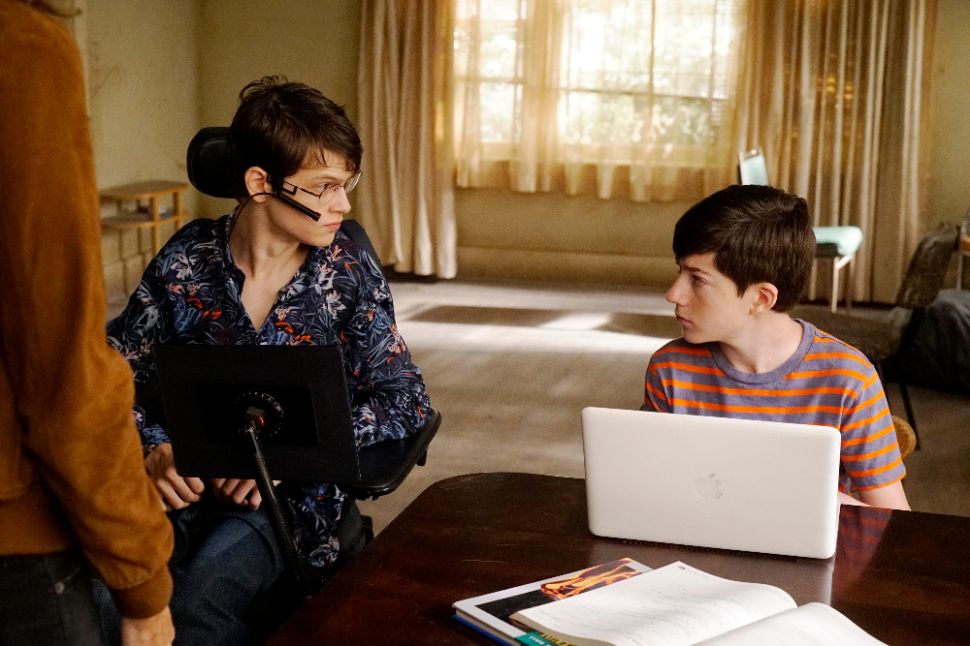