We recently reported on Heidi Chakos, the Steem user who has funded her travels around the world by earning virtual currency on the network. Not only is Chakos earning cash by using the site, she’s earning a stake in the company. Users’ posts are awarded with virtual financial products called Steem Dollars and Steem Power. The former works like a futures contract on the actual token, steem (its answer to bitcoin). The latter works somewhat like equity. Chakos told Observer in an email that she won’t be touching her Steem Power for a good long time.

So does user ownership result in a better social network? We spoke with Ned Scott, a co-founder of Steemit, the company that created the social network and the cryptocurrency, about that question via phone recently.

He says it gives a new power to users of the web. “For the first time, Steem has come into the sphere as a model, where giving their time and their attention actually yields rewards for them,” Scott said. “As soon as there are rewards on the table, people will do everything they can to maximize the rewards that they they get.”

People will go pretty far just to get those serotonin squirts from likes and retweets, as Amazing Super Powers satirized in their classic “Like&Subscribe” video:

So what happens when money is on the table?

For a technical read on Steem’s prospects, check out Coin Telegraph. We’re just going to assume everything works as it should, and play it out from there.

Steem is very new. The company just came into existence this year and stirred the imagination of cryptocurrency fans in July. That said, it is not the only recent social network to give users a financial stake.

Take, for example, the case of Tsu. Tsu promised to be an ad supported social network, like Facebook, but one that paid out 90 percent of its income to its users and supporters. It didn’t work. The company closed up shop last month. Prior to that, links to the site were banned by Facebook, as Wired reported. Many of Menlo Park’s users were overwhelmed by Tsu links.

Wired quoted Facebook spokeswoman Melanie Ensign as saying, “We do not allow developers to incentivize content sharing on our platform because it encourages spammy sharing and creates a bad experience for people on Facebook.”

Will the same thing happen with Steemit? None of the major social networks provided comment after a request from the Observer, except for Google, which declined to comment.

Scott isn’t apologetic about early adopters promoting the currency. “The currency aspect of things is great because currencies drive huge network effects,” Scott said. “The strength underneath all that is people are taking the brand and bringing it far and wide and help spreading the word.”

Taking interest, they are. The main topic on Steemit these days is Steemit.

“Steemit is just one interface on top of this blockchain,” Scott explained. “In the same way that Blockchain.info and Coinbase.com are just interfaces to the bitcoin blockchain.”

“We’ve seen more than 75 applications pop up on the steem blockchain,” Scott said. Developers could build new interfaces, such as one that limited the lengths of posts, like Twitter. One Steemit user has already built a version of HotOrNot.com, the classic website in which people voluntarily posted their photos for strangers to judge. It’s called SteemyOrNot, and it scrapes photos from Steemit posts and gives users a chance to assess aesthetically.

As long as the applications make use of the Steem blockchain’s voting features, interactions with those other apps would feed into a user’s reputation and rewards, just as they do on Steemit.

“This is the new model where data is public,” Scott explained. Users should keep this in mind. Basically everything you do on Steemit is public and viewable by everyone else. In fact, posts can’t be destroyed. They can get downvoted and hidden on Steemit, but once you write something into the Steem blockchain, it is there for good and there will always be a way to read it. No one can delete it. Not even the founders, because it exists in the many multiple copies held by miners across the internet.

“The way we’re going to see a better society is a society where people are doing business as if they are in a small town,” Scott said, who argues that immutability of posts is not a bug, it’s a feature.

“It’s the way to beat Facebook. The way to beat them, the way to make a better future for everyone, is public data,” he said. As the site grows in popularity, Scott looks forward to advertisers paying for sponsored posts on sites like Steem, and money they spend to buy the attention of users will filter out to its distributed owners, many of whom earned a stake just by blogging.

“I don’t think in the long run being shadowbanned and prevented by other social media sites is going to prevent this model from being super pervasive,” Scott said.

Disclosure: This reporter’s Steem account is worth approximately $84, as of this writing. 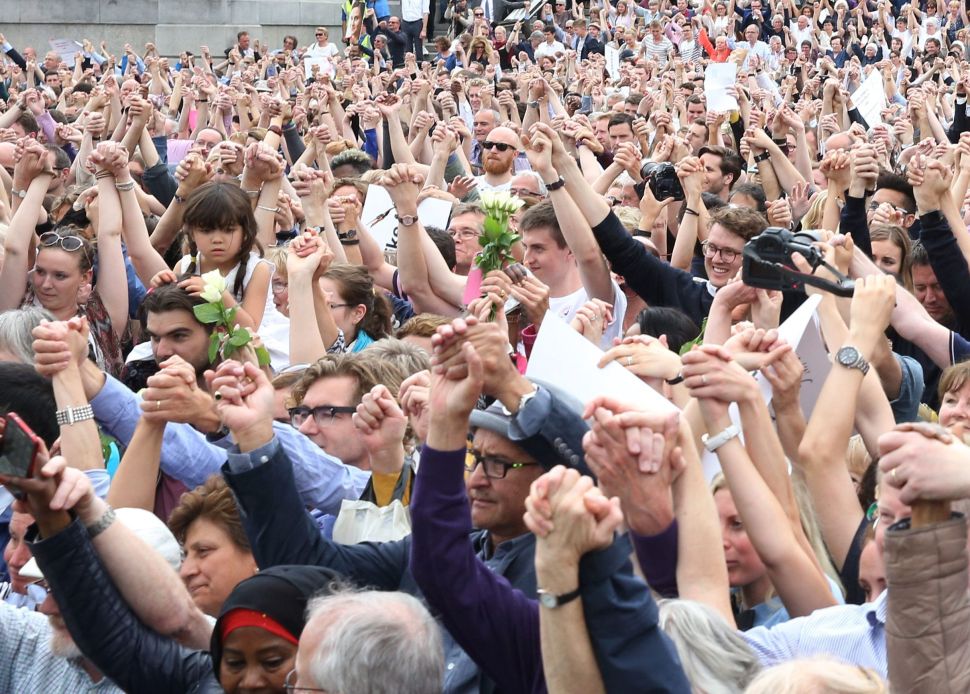