Syria shot two surface-to-air missiles at Israeli jets—and they shot at the Israeli jets not even over their own air space.

These were not errant missiles or spillover shots which is military parlance for mistakes. These missiles were calculated and intentionally targeted shots from an S-200 Russian missile system aimed at Israeli jets that were, quite frankly, targeting Syrian rocket launchers.

This is a major change in Syrian engagement. It could signal an escalation of tensions between Israel and Syria, especially because three mortars were shot from Syria into Israel later that day.

The reason Syria feels it can engage Israel is very clear. One word—Russia. Syrian leadership believes that Russia will protect them from Israel.

Until now Israel had a carte blanche to fly over Syrian airspace. They did as they wished, and there was no significant response. Israel had a relatively free hand. That ended on Tuesday when Syrian President Bashar Assad began implementing his decision to change the entire status quo and push Israel out of Syrian airspace and off the offensive.

Shooting the S-200s was part of this plan. This weapon was delivered to Assad’s father by the Russians in the late 1960s and was almost never used. The S-200 has a range of almost 200 miles (300km). A range that puts almost all of Israel’s major population centers at risk as well as all commercial aircraft coming in and out of Tel Aviv’s Ben Gurion Airport.

The Syrian press, which Israel closely monitors, declared that their High Command repelled Israeli aggression. According to the official statement released by the government to the press, “The high command issued an order at 1 a.m. to strike at the aggressive Israeli attack.”  The statement also claimed that Syria “downed an Israeli plane west of Kunetra.”

The Syrian headline read “The Army High Command Said That the Syrian Air Defense Systems Activated Against Israel War Jets and Shot Them Down.” This is more than an exaggeration. It is propaganda—part of a two-pronged effort aimed at establishing Syria’s military force as powerful and foreboding. First, it is an attempt to make Syrians feel as if they are finally standing up and taking a military stand against Israel. Second, it serves as a message to terror groups opposing Assad, telling them that his forces are now strong enough to confront Israel. And if they are strong enough to confront Israel, they are certainly powerful enough to wipe out ISIS and Al Qaeda.

But using a weapon like the S-200 was either a plain old big mistake, or it was a huge message out of proportion to the events.  Maybe it was both. The Israeli fighters were flying low. Despite its relatively old age in military years, the S-200 is still a long range and high altitude missile of 40,000 ft.

We know that Russia has given Syria the green light in many areas. I cannot imagine, however, that Russia signed off on this latest adventure. Russia does not want to test its technological military prowess against Israel over Syria.

The potential embarrassment to Russia would be so humiliating to them and jeopardize their entire Middle East plan. Imagine if there engaged in a dog fight over Syria or the Mediterranean and Russia took more losses than Israel. The entire episode would take only a few seconds—blink and it’s over. If Israel were to emerge victorious, which is highly probable, not only would Russia lose face but the ripple effect of that encounter in the Arabic and Muslim world would turn Israel into a superpower even greater than the Arab world already believes her to be.

Russia cannot afford that kind of risk. They are playing for the long run in the Middle East. This was an amateur move on Syria’s part. There will be repercussions. 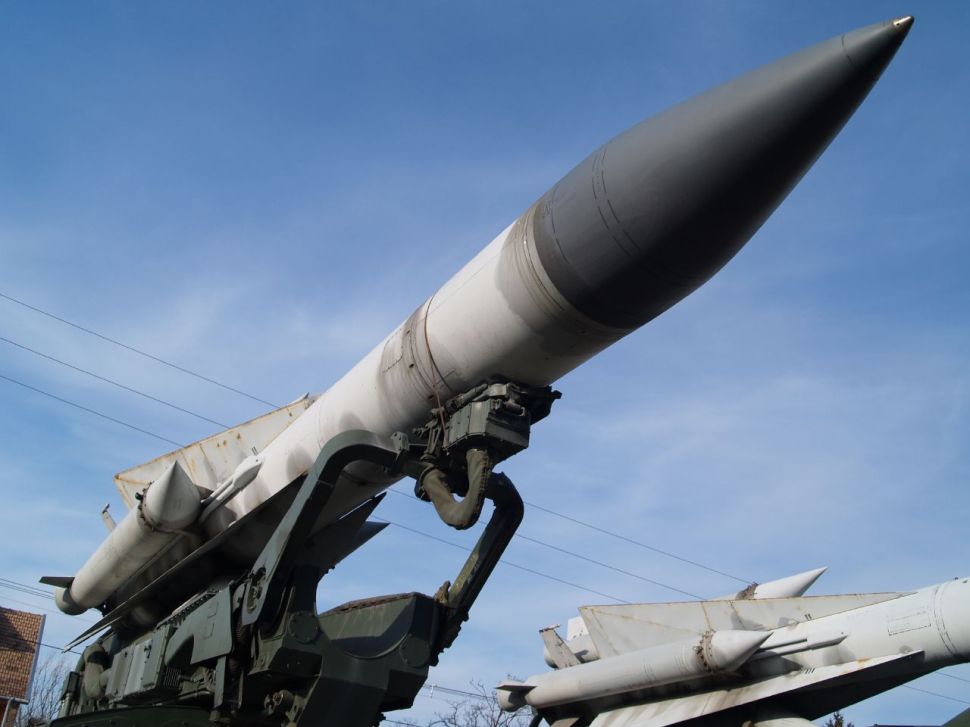