There might be a drug out there that somehow instills the kind of mental resilience that lets some people go through a horrible experience without reliving it in a distressing way afterward. Not everyone who goes through trauma gets depressed, but those who do have a hard time shaking it. What if instead of treating that depression, it could be prevented?

That’s the hope born of research discussed by Rebecca Brachman at TEDxNewYork this past weekend at the SVA theater. Brachman completed her PhD in neuroscience at Columbia University by looking into the effect of ketamine when it’s given to mice before stressful experiences. In the results of that research, treated mice showed more mental resilience than the control group, treated with saline.

The obvious opportunity for using the findings on humans would be for soldiers going to war, many of whom come back with expensive to treat PTSD. In a 2012 Congressional Budget Office report, the authors estimated that the cost to the Veterans Health Administration for treating a returning soldier is $8,300 in the first year and about $4,000 each year for the following three years (when PTSD is the only condition that presents the need for treatment, which it often isn’t). From 2004 to 2009, the report calculated that the VHA spent $1.4 billion on treatment for patients diagnosed with PTSD.

“We still don’t have any cures for mood disorders, just drugs that suppress them,” Brachman told the TEDx crowd.

To test the hypothesis that ketamine might somehow prepare a mouse for an extremely stressful experience, the researchers put the animals through a test known to induce depressive behavior in some mice. In a 2015 paper published in Biological Psychiatry, she and her collaborators described how “mice administered ketamine prior to [the social defeat stress model] were protected against stress induced depressive-like behavior.”

She described the finding in her TEDx talk slightly less sedately. “I remember us yelling,” she said, “which you’re not supposed to do in an animal room when you’re testing.”

Brachman and her collaborators are not the first to test ketamine’s relationship to depression, but the Columbia team originated the notion of a “paravaccine.” It would be something that could ready a person to go through a negative experience without becoming emotionally scarred. Of course, there’s already a number of people who go through extremely stressful experiences without exhibiting depressive behavior later. There would be no way to know just which ones it protected, but healthcare systems would see the difference if their costs declined for treating stress-induced conditions.

We could see the interest on the TEDx floor as we took Brachman away from a brace of doctors and medical students who wanted to pepper her with follow-up questions. During one of the later breaks, we saw her surrounded by a semi-circular aura of ears.

Don’t get too excited yet. The problem with ketamine is that it is a generic drug, so there’s no strong financial incentive to develop a full treatment program for it as a paravaccine. There’s also a lot of questions that would have to be sorted out. Does it work on humans like it does on mice? If it does, what’s the right human dose? How much time can pass between a treatment and a stressful experience?

“We haven’t done the proof-of-concept in humans yet,” she said in an interview with the Observer. “It’s a completely new class. There’s no guidelines telling us what to expect.” On the other hand, the substance has been FDA approved since 1970. While it’s categorized as a Schedule III non-narcotic controlled substance, regulators are familiar with its use in a medical setting. It has been used as an off-label treatment for those with depression, as the New York Times reported in 2014, but this idea that it could prevent depression is a whole new way of looking at it.

“What we’re doing now is trying to figure out how this is happening,” Brachman said. What they do know is that in mice the effect outlasts the drug’s half-life, but “how far out this prophylaxis persists is as of yet unknown,” she writes in her paper.

Other compounds have been found to have a similar effect. It might be possible to finance the research for potential non-generic drugs for use as paravaccine, because such a drug would be protected by a patent. At this point, it’s worth noting that there are those who suspect that drugs themselves might be doing more to cause mental problems than they do to curb them, such as journalist Robert Whittaker, who wrote 2012’s Anatomy of an Epidemic. But Brachman’s research might suggest a wholly difference kind of treatment: a one-time or intermittent intervention, rather than an ongoing regimen, after which the world might consume fewer brain-altering pharmaceuticals.

And it could still be possible to develop ketamine, rather than a new compound, Brachman said, if she can find investors willing to get creative. If policymakers agreed, social impact bonds could finance research into ketamine as a human paravaccine for PTSD. With a social impact bond, an investor pays the cost of a program that should result in savings for a public institution. If the savings are realized, the investor gets paid back on a schedule that includes profit for strong enough results.

So, in an extremely simplified hypothetical example, if $10 million in research and treatment could save $100 million in PTSD treatment, an investor might get paid back one million dollars for every five million saved. This schedule gives the backer the potential of doubling their money while still saving the government $80 million in a given time period (as well as savings forever after). With this approach, the government doesn’t take the risk of backing a a measure that doesn’t work, but it does ultimately pay for it if the savings are realized.

Brachman cautioned that we are a long way from a human treatment. A drug that works great in mice might not stand up in humans at all, she cautioned, but, if it does, a paravaccine could be the first step toward curing mental conditions rather than simply masking symptoms. 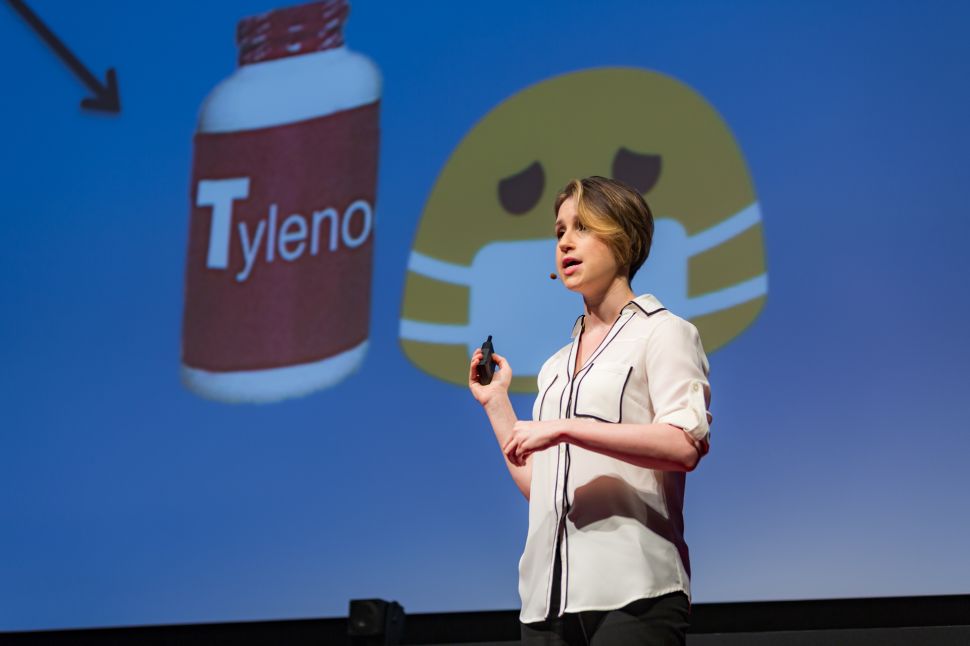