It’s no big deal because iPhone 7’s most noteworthy upgrades are that it comes in black, is resistant and no longer has a headphone jack. Nothing earth-shaking.

Overall, iPhone 7 will be a fantastic mobile device, but that’s not the point – most every Apple product is high-quality. That’s expected.

The point is that Apple no longer pushes the envelope. The “Wow!” factor is gone. Are you lining up overnight for iPhone 7? Is it even cool to do so anymore? Didn’t think so.

Why? Because Apple has peaked.

And this was apparent well before Wednesday’s iPhone 7 yawner.

READ ALSO: Warning—If You Want Your New iPhone 7 to Continue Functioning, Do Not Put It in Airplane Mode

The signs that Apple has hit its ceiling are there and have been for some time.

You can point to iPhone sales, which this year will decline for the first time since the 2007 launch of Apple’s crown jewel.

Maybe we should’ve known Apple was maxed-out when it broke ground on the “Spaceship,” its new $5 billion, Pentagon-sized headquarters in Cupertino. Writes Charles Hugh Smith:

“When banks build new gleaming headquarters, that generally marks the top of the bank’s fortunes.

There appears to be some sort of hubris in constructing a monumental new headquarters that shouts “we’re rich beyond all conception” which angers the [business] gods.

For this reason, we should ponder the glamorous new headquarters Facebook just completed and Apple’s “spaceship” campus that is under construction…”

Perhaps we should’ve known something was different at Apple when its most recent ace in the hole turned out to be the Apple Watch, a far cry from the revolutionary devices it has released in the past. Apple Watch is a convenient yet unnecessary iPhone accessory, not the disruptive, standalone innovation we’re used to.

The Apple that produced the Apple Watch and will soon reside in the Spaceship is a much different company from the Apple of the previous decade.

Over a span of eight years and three months, Apple would release three major products that changed the world.

October 23, 2001: the iPod, with its thousand-song capacity, upends the music game entirely. It eventually kills the CD industry and ushers in the digital age for music, photos and videos. iPod isn’t the first MP3 player, but it’s the first one done correctly.

January 9, 2007: Steve Jobs unveils iPhone, marking the dawn of the smartphone era. iPhone would overpower the likes of Blackberry, Nokia, Motorola, Palm and any other company purporting to make smartphones at the time. Apple’s was the first phone to make the touchscreen truly work, and although iPhone wasn’t the first smartphone, it might as well have been.

January 27, 2010: Clearly in failing health, Steve Jobs announces iPad and suddenly, Americans are convinced they need tablets. Though iPad sales peaked in 2013, and iPad was never as successful as iPhone, iPad was the first tablet most Americans ever bought despite the fact that the earliest tablet device hit the market in 1989.South Park’s Cartman was spot on about iPad’s place among tablets: “Mommm, everyone knows that everything but Apple is stupid!”

When Steve Jobs introduced the world to iPod, iPhone and iPad— along with Macbook and iMac — he was saying to the tech industry: “You’re doing it all wrong. Here, let me show you how it’s done.”

The big question is, how can we determine what’s next? Past Apple game-changers were in existing but nascent, undeveloped markets. MP3 players, cell phones and tablets all had potential, but were never executed properly until Apple took them on.

Apple’s strategy has never been to be the first, it’s to be the best.

In that spirit, perhaps the company’s next great disruptor is the Apple Car, its rumored electric vehicle (dubbed “Project Titan”) expected to hit the road in 2020. Might Apple be planning to reinvent the automobile? If Steve Jobs were still alive, I’m sure he’d find a way. But I’m equally sure Jobs would be wary of entering the automotive industry in the first place.

The auto industry in 2020, unlike tablets in 2010, mobile phones in 2007 and MP3 players in 2001, is not a new frontier. It is crowded and over a century old. It has major, established players in sectors ranging from cheap to extreme high-end. My point is not that the car industry isn’t ripe for disruption — any industry can be disrupted — but that the car industry is not the next logical step for Apple, whereas consumer electronics like phones and tablets obviously were all along. Apple is as likely to dominate the automotive industry as Mercedes-Benz is to reinvent the smartphone.

But let’s humor the idea. Let’s assume Apple will compete directly with Tesla, making fully electric, autonomous smartphones-on-wheels. Why wouldn’t Apple simply buy Tesla in that case? Apple has a $231 billion cash pile and Tesla is worth $30 billion. It makes little sense for a goliath like Apple to go into competition with a relative pipsqueak like Tesla.

If Apple is indeed making a car, I suspect it’s a Space Race-style endeavor. When JFK went all-in on the Space Race and declared America would put a man on the moon by 1970, he did so knowing that even if the effort failed, itwould yield a surge in innovation that otherwise wouldn’t have arisen. If Apple is indeed making a car, it’s likely guided by the same principle: the car itself may not be the target Apple is aiming for.

iPhone is unlikely to be the platform for Apple’s next great innovation. Smartphones today have found the sweet spot for screen size. As an iPhone 6S Plus owner, I couldn’t own a larger phone. Any bigger and it’s a tablet.

With each passing year, smartphones will get better cameras, tougher screens and faster processors. But even the major upgrades expected down the road – terabyte-plus storage, week-long battery life, built-in projectors, etc. — don’t change the fundamental nature of mobile phones the way iPhone did, taking them from flip-open T-9 keyboards with little functionality beyond calls to pocket supercomputers. The significant improvements in smartphones came between 2007 and 2012.

The next world-changing innovation probably won’t be a smartphone, and it is unlikely to be the Apple Car. So what will it be, and where will it come from?

Look Elsewhere for the Next Big Thing

Running down the list of Next Big Thing (NBT) candidates, not one is an Apple venture, or even a rumored one:

Apple will be a player in some or all of these industries in the future given that it’s still the world’s biggest, most well-known company. But without Steve Jobs, I can’t see Apple pushing the boundaries of these industries and unlocking their true potential. The quantum leaps in all the above products will come from companies not named Apple.

At a certain point, companies stop being truly innovative. They lose their competitive fire and balk at moonshots — they value preservation over expansion. When you’re hungry, you take risks. When your belly is full, you’re risk-averse. With its core products established and markets effectively saturated, Apple can only improve its products incrementally and play the quarterly earnings game; buying out smaller companies takes the place of innovation.

What “The New Microsoft” Means

Microsoft was the darling of the 1990s tech bubble. Its stock appreciated by 9,500% over the decade, a legendary and well-deserved run for the company that brought computers to the masses. By early 2000 Bill Gates’ company was the largest in the world, surpassing American icons like General Electric, Coca-Cola and IBM on its way to the top. At its peak, Microsoft was worth $900 billion when adjusted for inflation, dwarfing Apple’s $700 billion peak from 2015.

In January 2000, when Bill Gates stepped away, Microsoft shares were at $58. And that was the top: today those shares are worth $57. Microsoft has been treading for 17 years.

So once Microsoft reached the mountaintop, investors were looking for thenext Microsoft with the next world-changing product. Investors want growing companies, not mature ones.

The “next Microsoft” turned out to be Apple, perhaps the greatest corporate success story of the 21st century. From December 2000 to May 2015, Apple stock increased over 12,000%. But over the past four years, only 11.6%. Everything Apple has done since 2012 has barely moved the needle for investors.

Like Microsoft in the 1990s, all great runs eventually come to an end.

But being the new Microsoft is not all bad. Microsoft remains one of the largest companies in the world with a market cap of $449 billion. The problem is Microsoft is stagnant; it’s going nowhere fast. The same future awaits Apple, which, like Microsoft by 2000, is all grown up.

In the business life cycle, Apple has reached the “maturity” stage. For most young people, myself included, it’s hard to imagine a day where Apple is not on the cutting edge of innovation and cool, but it has already arrived.

From an investor’s perspective, Apple is a safe stock now. It’s a Dow component which means stability, low-risk. The dividend will increase to give people a reason to own it in spite of its flattening growth trajectory. Microsoft underwent the same transition after the 1990s: from growth to established. Before Microsoft, IBM did it, as did Coca-Cola and every other long-standing corporate giant.

Of course, people will continue to own iPhones and replace their old ones with the new models, but Apple is no longer the cult brand it once was. Its products are too common. Apple products are no longer status symbols because everyone has an iPhone now. You were cool if you had Windows in 1996, just as having an iPhone was cool in 2010. But not anymore.

What set Apple apart from the competition in the past was Steve Jobs, and by now it’s become impossible to deny the impact of his death. Apple can coast off of Jobs’ achievements and the brand he built, but little more than that. As time passes and the Jobs era fades in the rearview, Apple will become less and less exceptional. Steve Jobs was Apple, and still is to some degree. But that won’t be forever.

Make no mistake, Steve Jobs didn’t want to be irreplaceable at Apple. Think about it: if you built a great company, wouldn’t you want it to live on long after your death? Like Thomas Edison’s GE, Ford, etc., Jobs wanted Apple to innovate and change the world long after his death. The company will survive, probably for a very long time, but it is just not the same without its visionary founder and leader.

Jobs was like a shooting star blazing across the night sky. His transcendent genius was, like all worldly things, fleeting, and sadly so. While millions of us fell in love with Apple for improving our lives and transforming the tech world before our eyes, those days are gone. It was an amazing time to live through, but now we must look forward to the next wave of innovation.

They, not Apple, will give us the Next Big Thing.

Austin Frank is a Florida-based current events and political writer, formerly a U.S. House of Representatives Staffer. If you enjoyed this story, follow him on Medium and Twitter. 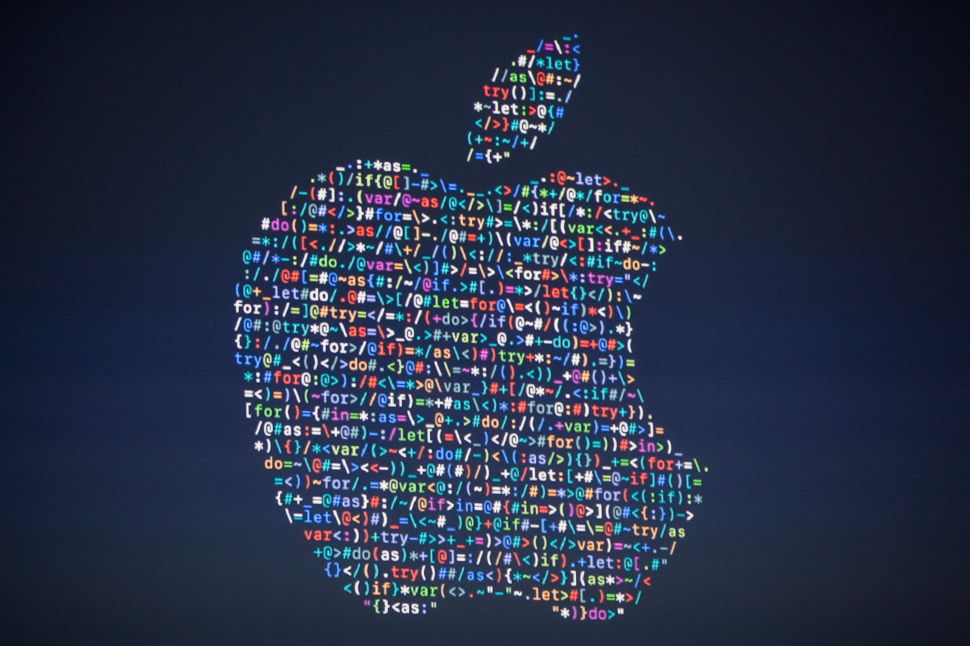