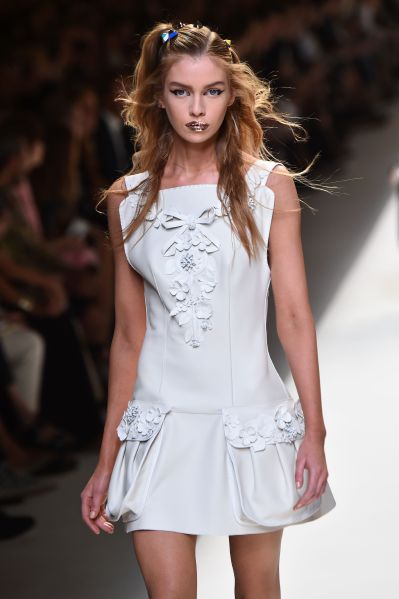 The beauty look at Fendi’s show was not only an epic #TBT, but it was reminiscent of the best moment of childhood: a slumber party. Those cherished evenings, often fueled by sticky handfuls of candy and late night giggles, was where we began experimenting with beauty. On the Karl Lagerfeld-designed runway, the slumber party was re-interpreted through epically sparkly lips, over-exaggerated cat eyes and playfully messy ‘dos. 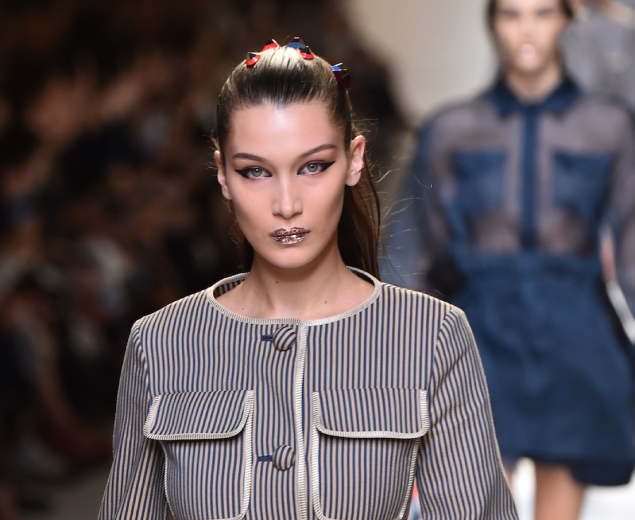 A close up of the beauty look, on Bella Hadid. Photo: Getty Images

According to Vogue, the whole beauty look was directly inspired by Vanellope von Schweetz, a character from the 2012 animated film, Wreck-It Ralph. One signature of this sassy princess is adorning her bouncy ponytail with bits of candy; that effect was recreated by Sam McKnight, who scattered Fendi bag studs among tousled waves and half-up ponytails. The studs were actually leftovers from the brand’s bags and McKnight’s team hand glued them to bobby pins the night before the show.

Dior‘s beauty guru, Peter Philips, was responsible for the remainder of the beauty look, which he broke down in an Instagram post.

He started with Diorskin Star, a brightening foundation, to create a dewy and young looking canvas. Then, the inner and outer corners of the eyes were emphasized with Diorshow Pro Liner, the bevel-tipped pencil that emulates the graphic look of liquid eyeliner. Finishing off the face was this season’s most ubiquitous trend: the glitter lip. 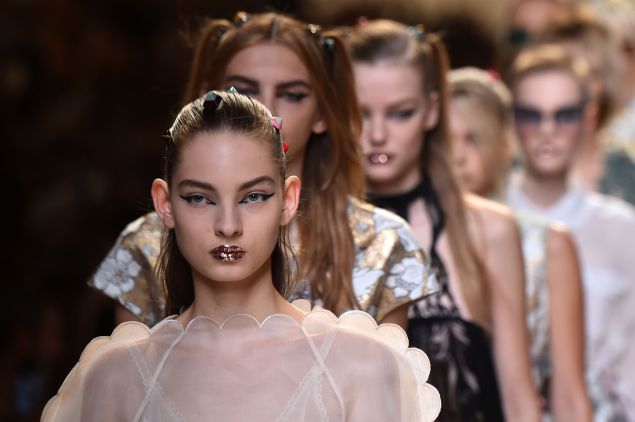 Philips eschewed Pat McGrath’s signature Lust 004 Lip Kit to do a little DIY. He used the $7 Ben Nye Glitter Glue to affix pastel salmon pink sparkles onto the pouts of models. The resulting effect was both graphic and playful, and perhaps one of the best looks we’ve seen on the runway since Fashion Month began. 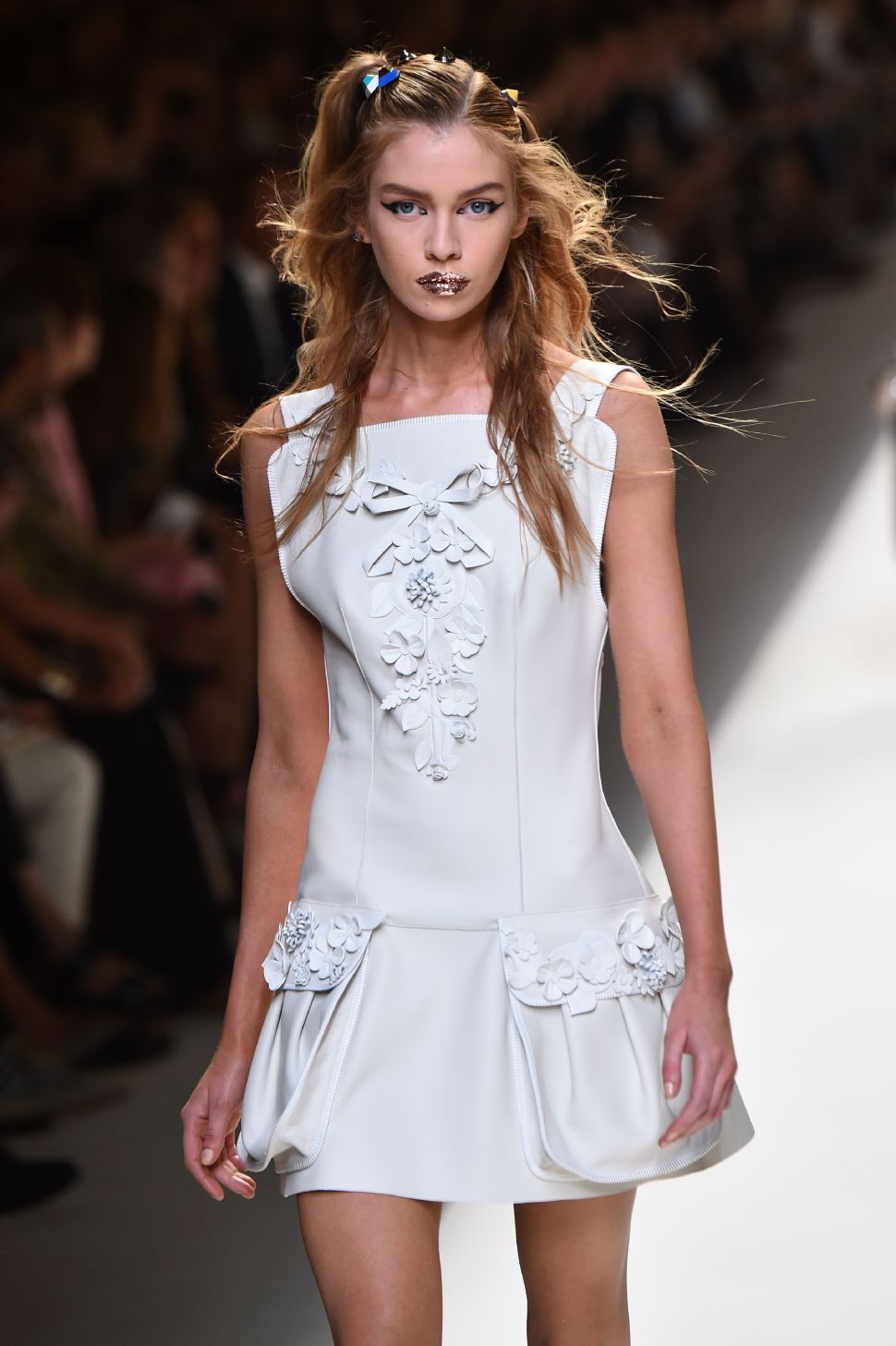