Many of us believe honesty has been this election’s core issue since Hillary Clinton first declared her historic candidacy in 1808… Excuse me, 2008—but with Hillary, what’s a few years or centuries, give or take? Here’s a documented example of missing it by a few years, give or take—one even New York Times editorial page editors can follow. Hillary Rodham Clinton once claimed she was named after explorer Sir Edmund Hillary. The Rodham Clinton Hillary, however, was born in 1947, six years before Sir Edmund and Tengsin Norgay became global legends for making it to the top of Mount Everest—and coming down alive.

They accomplished that heroic feat in 1953. 1953 minus 1947 leaves six, even if you’re a New York Times editorial page editor. Per the snopes.com link, Sir Edmund’s Hillary “had two l’s, which is how she (Clinton Hillary’s mother) thought she was supposed to spell Hillary, Mrs. Clinton told reporters…”

Hmmm. False memories… Where are those nuclear release codes, Huma?… Did France threaten us, Huma? …or was it Burkina Faso? …Huma? …my pills…

(“She’s often confused,” Clinton aide Huma Abedin wrote in a January 26, 2013 email to another aide, Monica Stanley. That email “was sent shortly after Clinton suffered received treatment for a blood clot in her head, which was discovered after she sustained a concussion weeks earlier.” By the way, Abedin sent the email “via the email address that she kept on Clinton’s personal server,” so good bet Vladimir Putin knew Hillary’s brain was often BleachBit.)

Indeed. False memories seem to plague poor Hillary Clinton, even prior to her concussion. Recall her dangerous exposure to sniper fire in Bosnia, another event that never happened.

Hillary told her Bosnian sniper fire lie in March 2008 while campaigning for president, the commander-in-chief of the U.S. military. Hey global media, spread my glory story far and wide! I’ve been under fire in a combat zone. My opponent, Barack Obama, lacks this gutty experience!

Was the Bosnia sniper malarkey a memory slip, what Hillary now calls a “short circuit?”

I contend there was no memory slip, just her usual slipperiness. The context suggests she told a strategic lie she thought would benefit her candidacy. In March 2008 Hillary believed she’d defeat Barack and then confront John McCain in the general election. Though her Balkan sniper fabrication beat Barack’s non-combat record, it would never match Navy jet pilot McCain’s military career. However, her fortitude under sniper fire gave her adoring press corps just enough narrative to claim Hillary possessed martial grit. Besides, she’d been denied the opportunity to serve. The Marine Corps frustrated Hillary’s attempt to enlist because she was too old.

Except “The Recruiter’s Tale” Hillary spun isn’t true, either. She first told that hoplophobic fib in 1994. Old news? Alas, she repeated it in November 2015, so the lie’s a 2016 campaign artifice. A friend of Hillary’s surmised that if she did speak with a Marine recruiter in the mid-1970s, ‘ole anti-Vietnam War Hillary was pursuing “a feminist project” to test USMC sexism.

Unless someone produces evidence with an earlier date—like, say, a college application with a foreign birth place for President Obama—this is where the falsehood started.

Americans of all political persuasions are coming to the sad realization that our First Lady — a woman of undoubted talents who was a role model for many in her generation — is a congenital liar. Drip by drip, like Whitewater torture, the case is being made that she is compelled to mislead, and to ensnare her subordinates and friends in a web of deceit.

Her web of deceit continues to expand. Lying is Hillary is lying and a rose is a rose is a rose—though husband Bill told a grand jury he wasn’t lying when he said there was nothing going on between him and Monica because, “It depends on what the meaning of the word ‘is’ is.”

Here’s some Is for you, Slick Willie. Hillary Clinton is a one woman War on Honesty. What is truly remarkable about her and her current campaign is that she believes she can get away with congenital lying.

OK, she has gotten away with it—so why should that change? She’s a Democrat, so when it comes to lies and distortions she has Media Privilege.

Which brings us back to September 2016.

This month’s fascinating pro-honesty sequence of events began on September 7, when The Washington Post and New York Times panicked as the sky fell on their world. While moderating an NBC-sponsored forum focusing on defense issues, Matt Lauer made the mistake of asking Hillary about her mishandling of classified national security information (the Media Privilege term is “email scandal”) and her record for obsessive lying (what Democratic operatives with by-lines call “the trust issue”).

Read the Time.com transcript. Lauer asked her if her mishandling of classified information wasn’t more than a mistake, but a display of very bad judgment—judgment so awful as to disqualify her from serving as commander-in-chief.

Totally fair question, and one the press should have asked in March 2015 when we learned she was using her own private communication system that was beyond the reach of the Freedom of Information Act.

Washington Post and New York Times editorials lynched Lauer. Suddenly The Today Show co-anchor was yesterday. For seeking to elicit truth from the powerful—and in Hillary’s case, a presidential candidate who avoided press conferences for almost ten months—Matt was treated as a treasonous deplorable, a pariah on par with Rush Limbaugh.

Lauer violated Media Privilege protocol. According to the rules of Media Privilege, presidential debate moderators are supposed to Go Full George “War On Women” Stephanopoulos and Complicity Yours Candy Crowley, making certain the Democrat shines and the Republican gets hammered.

In presidential elections past, if Media Privilege were exposed, New York Times columnists and other elite spin-cyclists would quickly move to “core issue” twaddle and consign their exposed complicity to talk radio. It was as if they were pinching lyrics from The Who’s rock opera, Tommy.

You didn’t see us, you didn’t hear us. You’re deaf, dumb and blind, American voters. We media elites hear, speak and see for you. Go play pinball while we elect Hillary and advise Enron.

(With Enron’s scams long exposed, substitute “hobnob with the Clinton Foundation” for “advise Enron” and you’ll be au courant.)

Except it wasn’t. Hillary’s 9/11 woozy collapse was so evident, so thoroughly recorded on cell phone video—so clearly there, not in Bosnia, not in a Marine recruiting office, not in a forum where you could blame Matt Lauer—that all the Queen’s horses and all the Queen’s men could barely humpty her up and dumpty her off, again. After they managed to humpty and dumpty her off, her bodyguard of liars utterly failed to patch a convincing tall tale together from the pieces of her shattered stories.

Hillary Clinton hasn’t been well for months. Everyone can see it. Every honest person acknowledges it. Every decent person is concerned about it.

Hillary’s illness is evident but, according to elite media, calling attention to her condition is to engage in conspiracy theory.

Hillary’s poor health and her medical cover-up are genuine campaign issues. They are not new issues. “She’s often confused,” Huma wrote, in 2013. Yet the media phalanx that actively participated in Hillary’s medical cover-up continues to protect her. Her media phalanx is in fact a strategic liability, one that distorts and damages American domestic politics.

Matt Lauer’s September 7 questions cut to the real core of the 2016 election. The decisive element in every judgment Hillary makes is how it affects her, personally and politically—not how it might help or harm America. Like William Safire said in 1996, Hillary is a congenital liar. She cannot be trusted with the power of the presidency. To say otherwise is to Wage War On Honesty.

Does Donald Trump have issues with honesty? Of course he does, just like his opponents in this election, Hillary and the mainstream media.

“President Barack Obama was born in the United States, period,” Trump declared, enunciating each word in a brief statement at the end of a campaign appearance. “Now we all want to get back to making America strong and great again.”

Then Trump added: “Hillary Clinton and her campaign of 2008 started the birther controversy. I finished it.”

However, there is evidence Hillary’s minions introduced The Birther Conspiracy to the 2008 campaign, spreading it as ugly rumor:

Patti Solis Doyle, who was Hillary Clinton’s campaign manager in 2008 until the Iowa caucuses, admitted on Friday that a Clinton campaign staffer had, in fact, circulated the Birther conspiracy theory that Barack Obama was born outside the U.S. and therefore potentially ineligible to serve in the presidency.

Mediaite reported that James Asher, “the Washington editor for Injustice Watch and former McClatchy Washington Bureau Chief” claimed “longtime Clinton ally Sidney Blumenthal told him about it and asked him to look into it…”

Right. Call this what it is: rumor-mongering by Sidney Blumenthal.

Recall Clinton Foundation employee Blumenthal provided then-Secretary of State Hillary Clinton with all kinds of advice about Libya. She paid attention, because he’s her trusted operative, earning ten grand a month through the Clinton State-Foundation.

However, the terrible truth is The Birther Conspiracy pre-dates 2008.  In 1991 “Obama’s then-literary agency, Acton & Dystel,” published a 36-page “promotional booklet” that included a tout pushing their budding author:

“Barack Obama, the first African-American president of the Harvard Law Review, was born in Kenya and raised in Indonesia and Hawaii…”

If the quote is indeed accurate, 1991 is the year The Ur-Birther first Ur-Birthed. Unless someone produces evidence with an earlier date—like, say, a college application with a foreign birth place for President Obama—this is where the falsehood started.

Was the Ur-Birther the budding author himself? 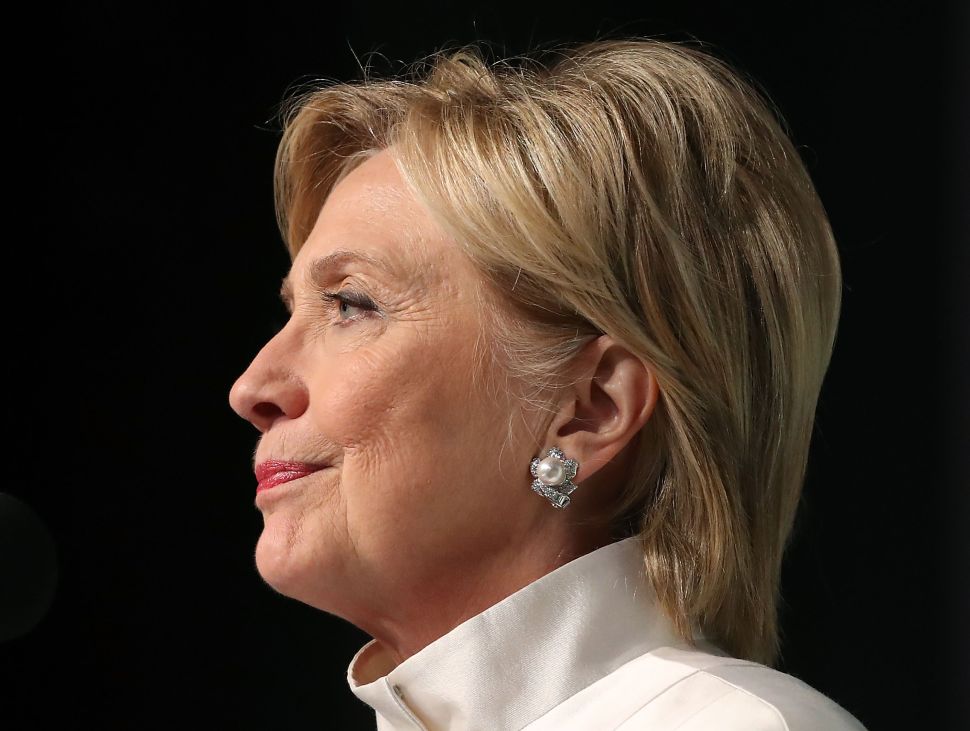