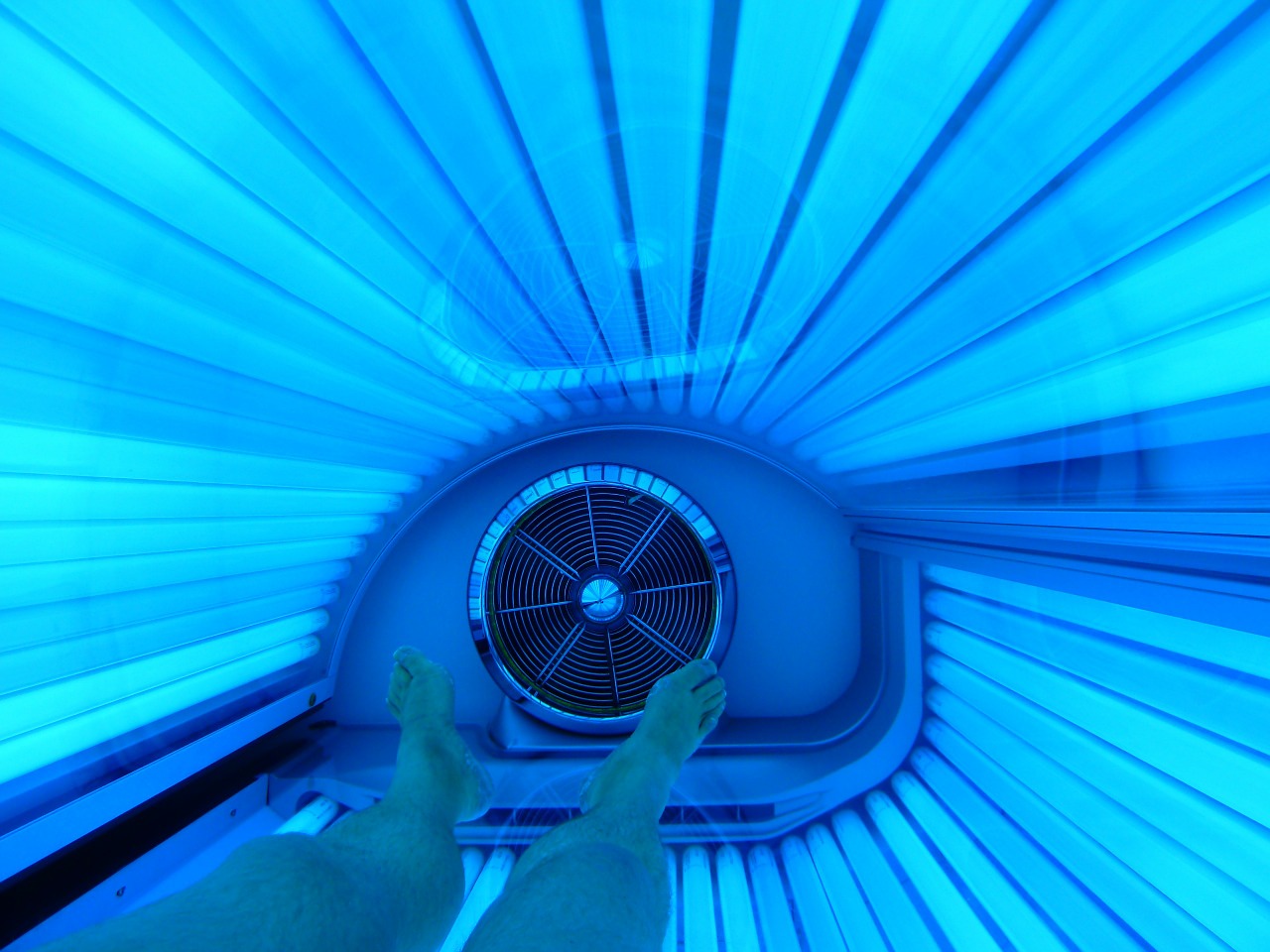 This Associated Press story about the tanning industry is so terrible you just have to stare at it for a second, slack-jawed:

Business owners around the country say the little-noticed 10 percent tax on tanning in President Barack Obama’s health care overhaul has crippled the industry, forcing the closing of nearly 10,000 of the more than 18,000 tanning salons in the U.S.

It’s like a hideous traffic accident, this thing. The unnamed reporter quotes a tanning salon owner from Kentucky with a sentence that is basically Trickle Down 101: “When I go to vote, I’m supporting candidates who are pro-business and who want less government involvement, less government regulation.” Uh-huh. So the tragedy of over-regulation is killing your business. Got it. But why is the mean old government targeting these brave entrepreneurs? What does Obama have against innocent small business owners?

The story buries the lede way down in the fifth paragraph: “The American Cancer Society Cancer Action Network says those who use tanning beds before age 35 increase their lifetime risk of melanoma, the deadliest type of skin cancer, by 59 percent.” That is a staggering figure.

But could you imagine a similar story featuring cigarette manufacturers complaining about rampant government intervention? Of course you can’t, but that’s because we’ve passed a tipping point — in modern American society, smoking is no longer widely acceptable. Our leaders made it so cigarette manufacturers couldn’t advertise to children, our governments taxed cigarettes, they made smoking indoors in public spaces illegal, they funded studies to explore the health impacts of smoking. It was the work of multiple generations of leaders, and it will save millions of lives in the long run.

Could you imagine a libertarian free market solution to smoking? Or what our nation’s health would look like if we allowed the invisible hand of the market to decide the fate of tanning salons? Without the Affordable Care Act’s tax on tanning beds, without local laws banning teenagers from using tanning beds, what are the odds that young Americans — a group that, I note as a former smoker, is famously bad at making healthy choices — would suddenly turn away from the tanning industry en masse?

This is when people start dragging “freedom” into the conversation to muddy things up. You can argue all you want that the Founding Fathers wanted us to be free to tan ourselves to melanoma-town, but I would argue that the “freedom” to make uninformed choices in an environment where unregulated industry has a bottomless well of money with which to persuade public opinion is no kind of freedom at all. In fact, given that government tends to enforce public-health solutions that extend the lives of the general population while industries like cigarette manufacturers and tanning salons tend to extract profits from people until they die at a young age, I’d much rather choose the freedom of a long life.

And of course, the tanning industry doesn’t pay the medical bills of those afflicted by skin cancer — we do, in the form of increased health insurance premiums and Medicare payments. So for many years, the true cost of tanning salons were protected from the free market by government nonintervention. In effect, without that tax we were all subsidizing the tanning industry’s impacts.

All of which brings me to EpiPens. Matt Novak at Gizmodo writes:

EpiPen, the life-saving allergy product, is now a $1 billion a year business for Mylan, a drug company that’s currently enduring a wave of bad publicity over the extraordinary surge in EpiPen pricing. In 2007, an EpiPen cost about $57. Today that price has skyrocketed to over $600 — all for about $1 worth of injectable medicine.

In the last eight years, Ben Popken at NBC reports that Mylan’s CEO gave herself a raise “from $2,453,456 to $18,931,068, a 671 percent increase.” This is your free market at work, people. A highly profitable lifesaving allergy medication was deemed to be not profitable enough. And in true trickle-down fashion, those profits then climbed all the way to the top of the company…and stayed there.

The EpiPen story is a fascinating one because it debunks a couple of conservative free-market claims. Mitt Romney famously argued that the free market was terrific because “corporations are people,” which he later interpreted as meaning that investors in corporations are people. He defined trickle down as passing from consumers to shareholders. Which entirely abandons the over half of all Americans who don’t invest in stocks, but that’s a post for another time. My point is that Romney’s style of trickle down is not an efficient system at all: Popken notes that Mylan’s “stock price more than tripled, going from $13.29 in 2007 to a high of $47.59 in 2016.” If I were an investor in Mylan, I’d be pissed that the CEO was proportionally hoovering up way more profit than me.

Further, conservatives claim that the invisible hand of the free market is the most efficient tool to establish prices and distribute innovations. Not so in this case! The free market has instead ratcheted up prices of EpiPens to an unreasonable level, and it has effectively removed EpiPens from a portion of the population that could previously afford them. It has made the American people more unsafe, and it has funneled profits to a tiny portion of the population at the expense of the general public’s health.

The funny thing about free market arguments is that they’re always so clean and crisp when you’re talking about apples or widgets or other hypothetical products. But when you incorporate them into the real world — into industries that have real, moral effects on actual human lives — free market arguments stop making sense. In fact, they careen into absurdity. In the real world, economics is a matter of life and death, and dorm-room Ayn Rand philosophizing is more than just annoying — it’s downright irresponsible.

Paul Constant is a fellow at Civic Ventures, specializing in implementation, editing, and the day-to-day focus of the Civic Skunk Works blog. He has written about politics, arts, and culture for Newsweek, The Progressive, the Utne Reader, and alternative weeklies around the US and Canada. In 2015, he co-founded The Seattle Review of Books, a book news, review, and interview site with a Seattle perspective. 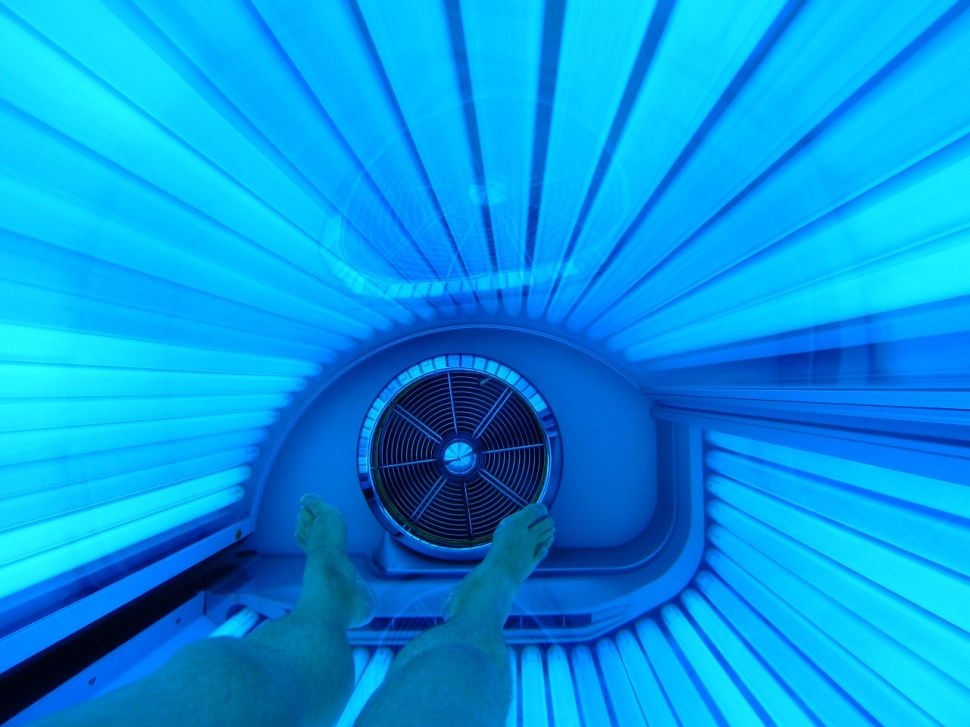