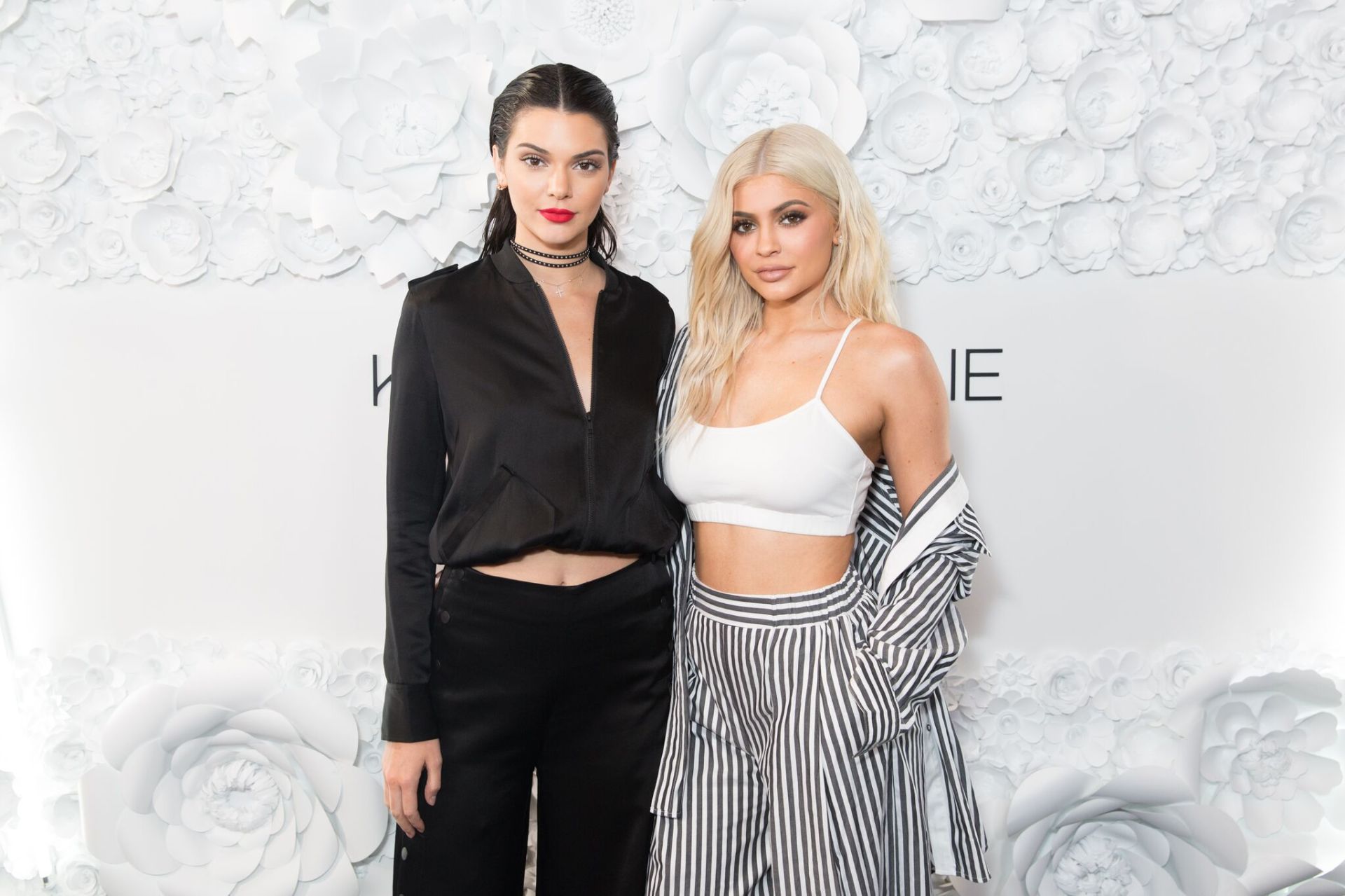 The white step and repeat was a particularly popular place for selfies.
Photo: Ryan Kobane/BFA.com 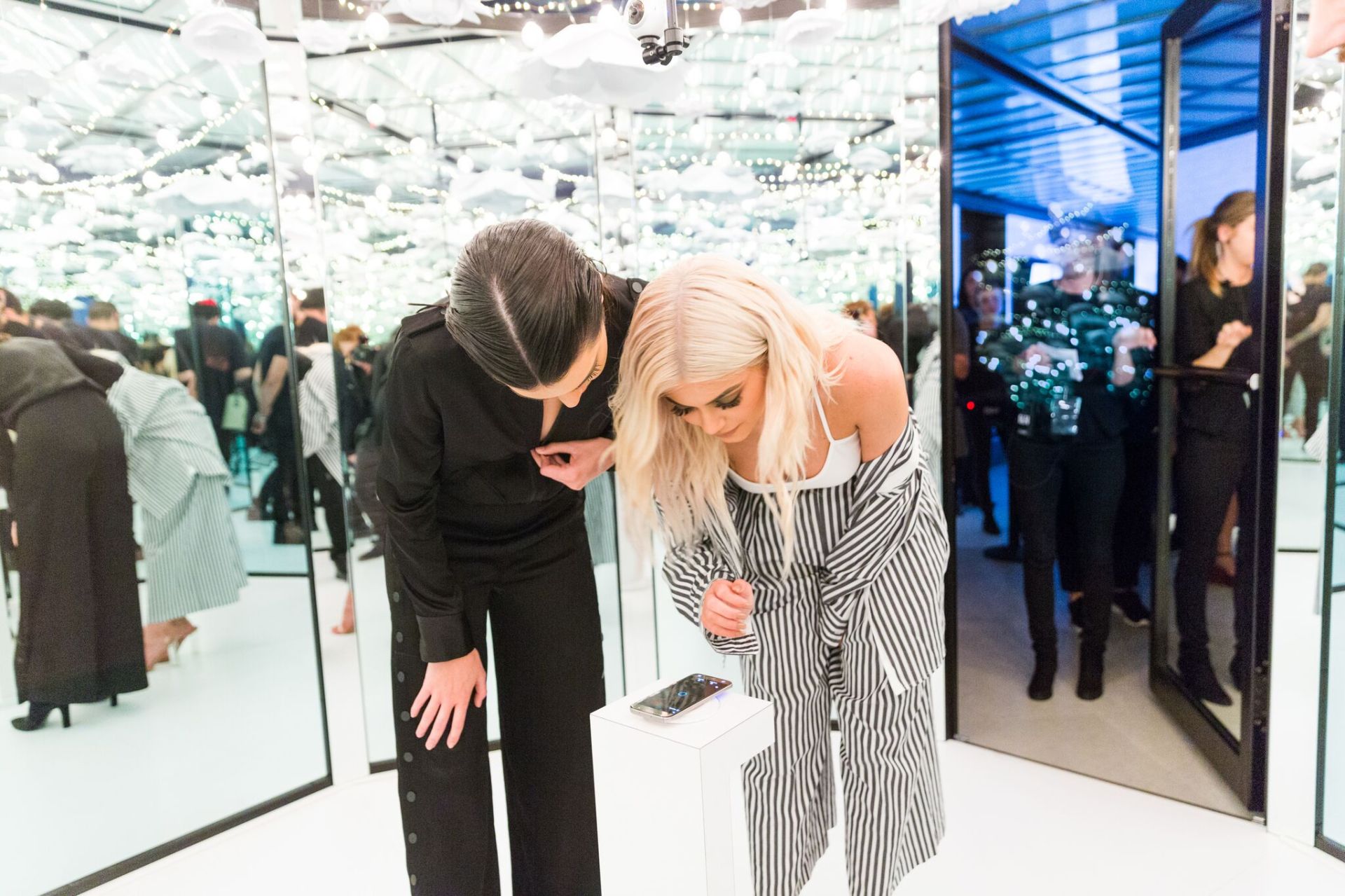 Samsung was displaying KENDALL + KYLIE on tablets throughout the venue.
Photo: Ryan Kobane/BFA.com 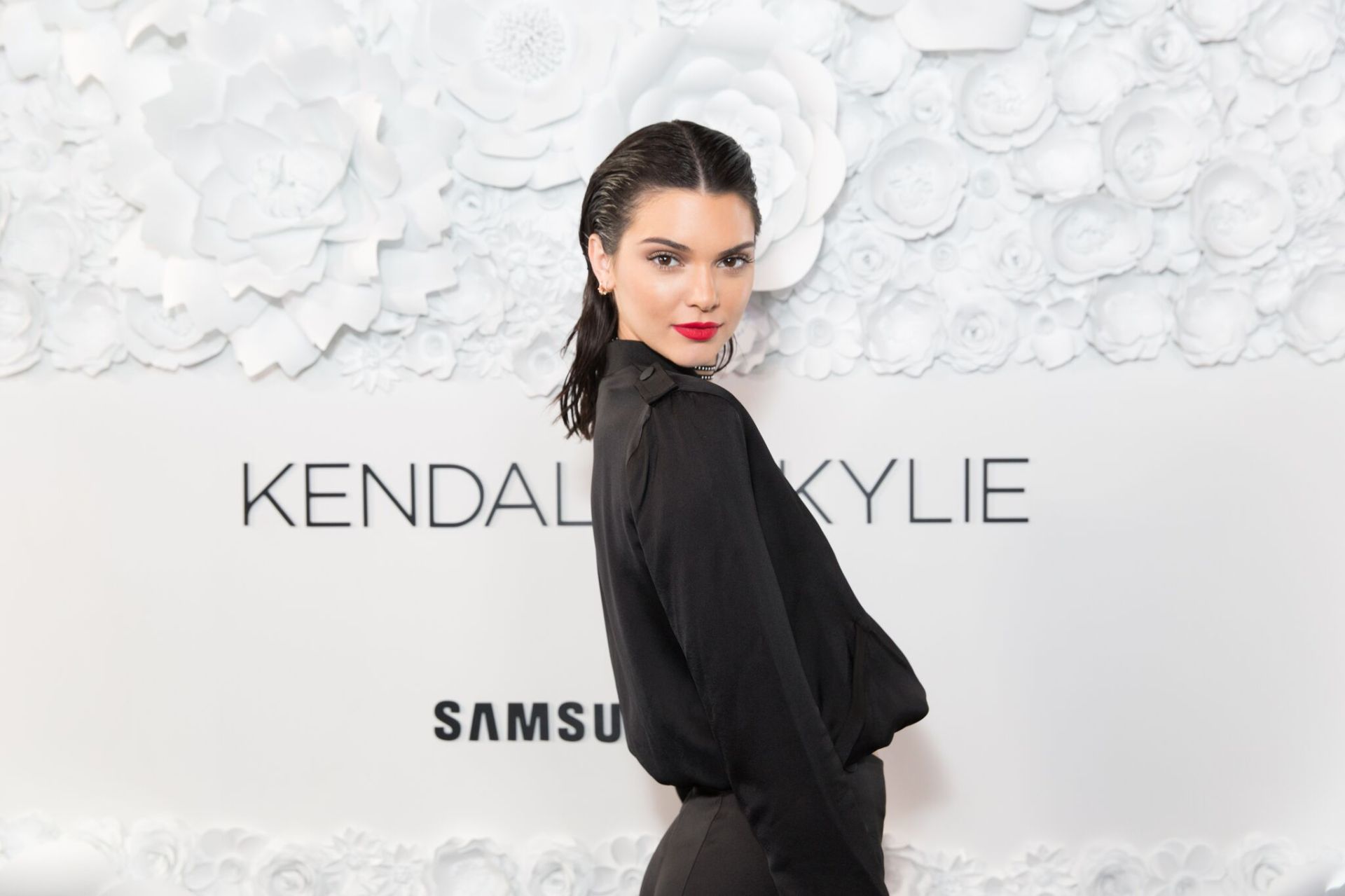 The Jenner sisters camped out on the carpet for much of the event.
Photo: Ryan Kobane/BFA.com 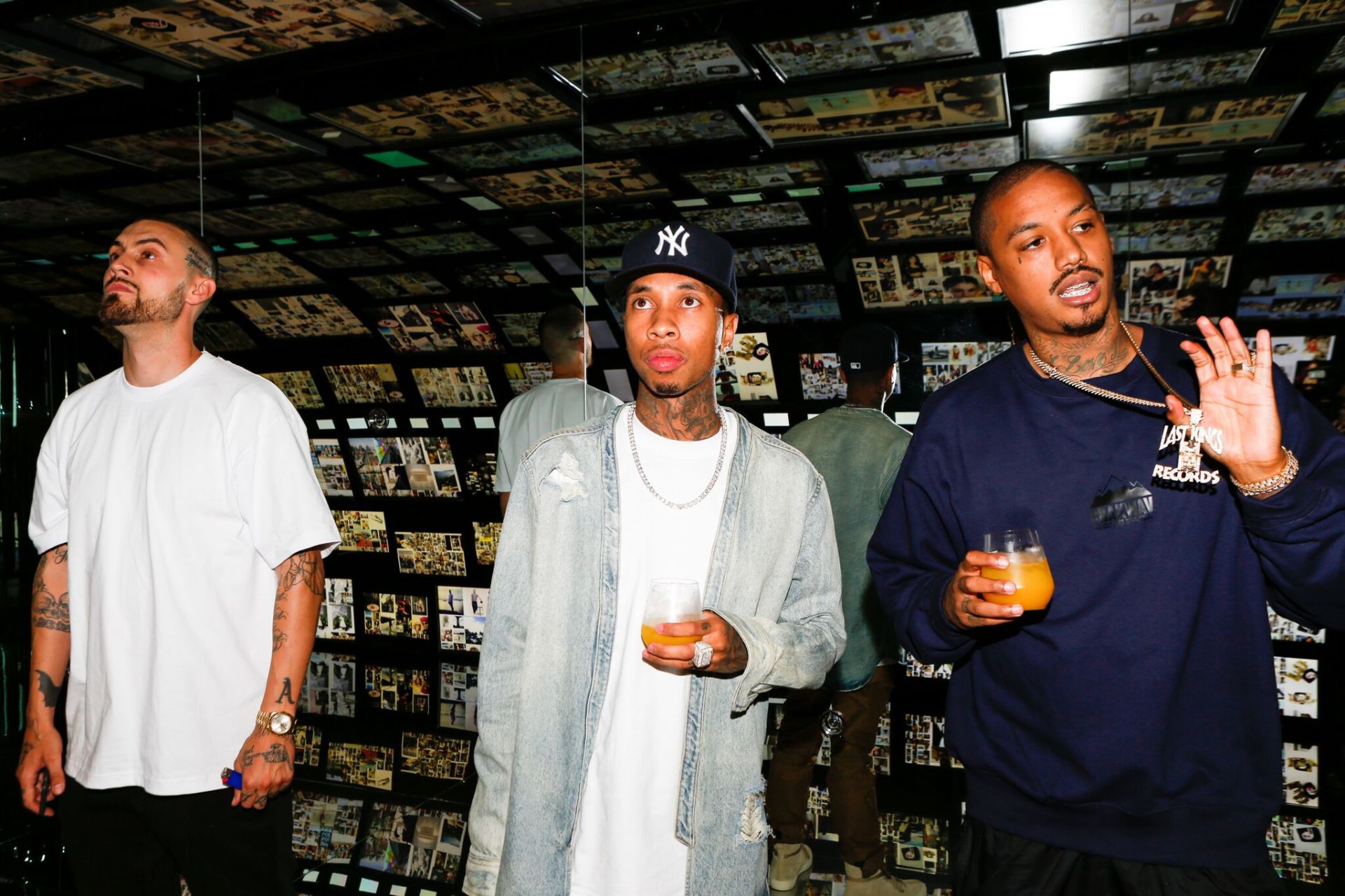 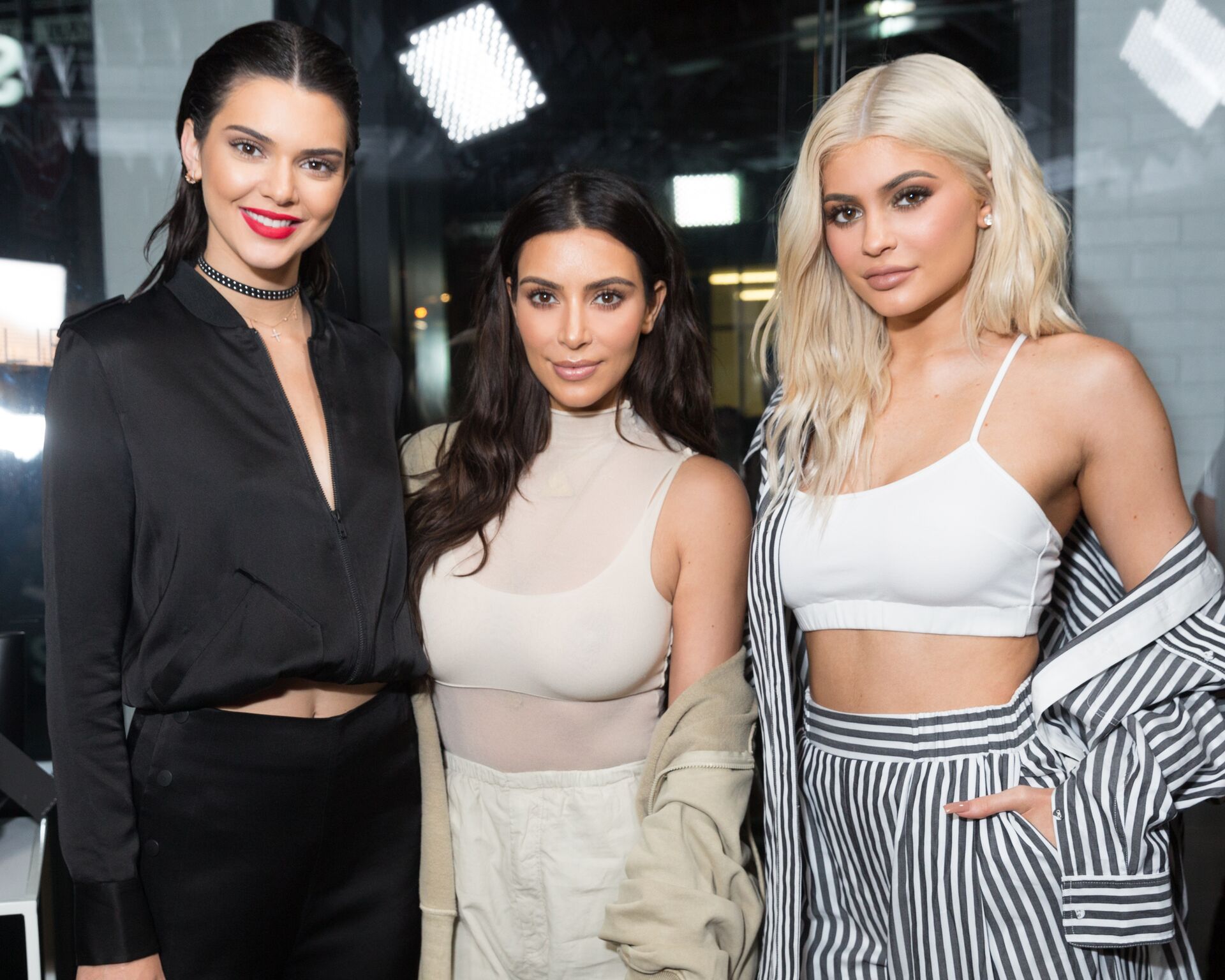 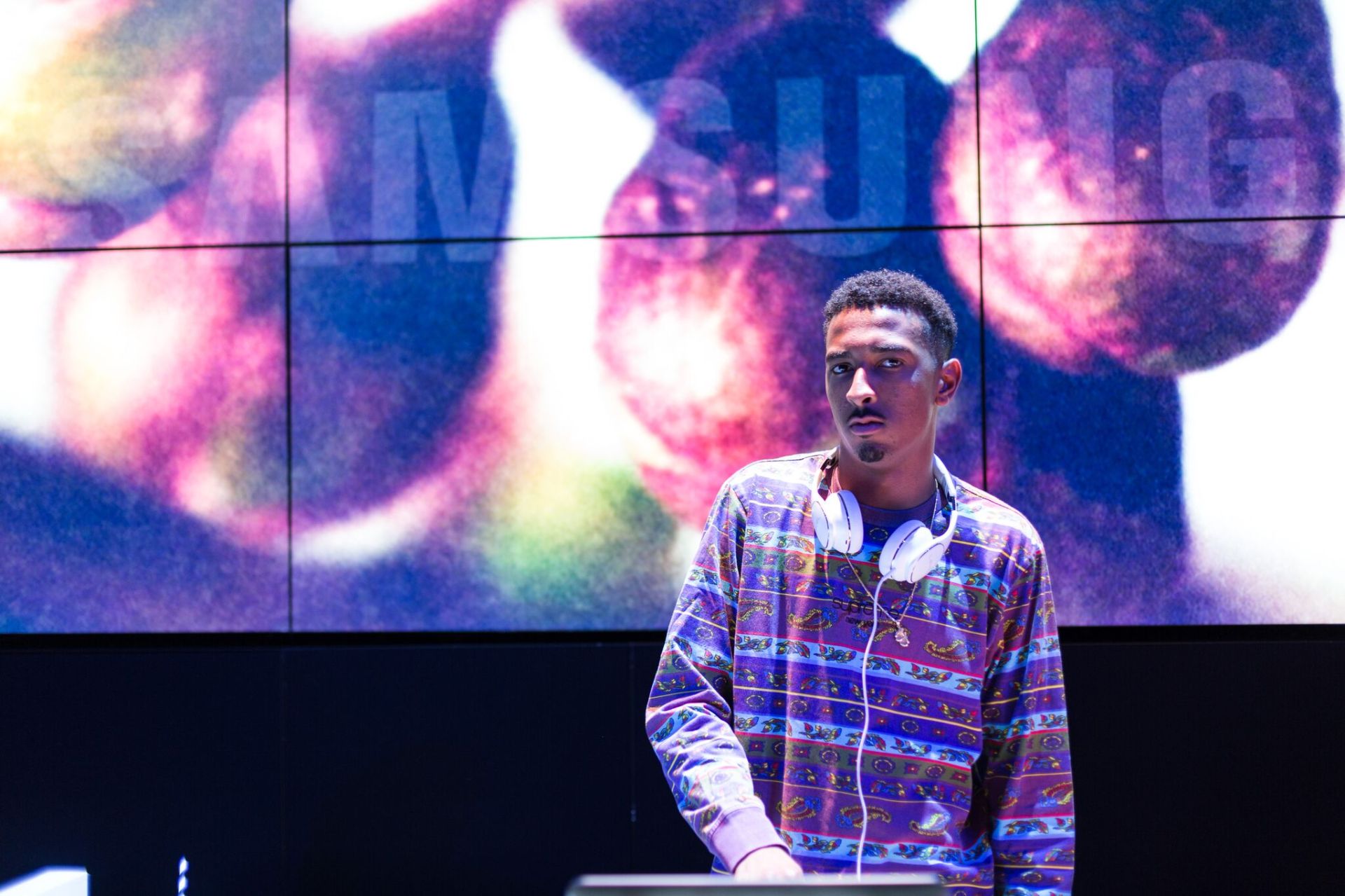 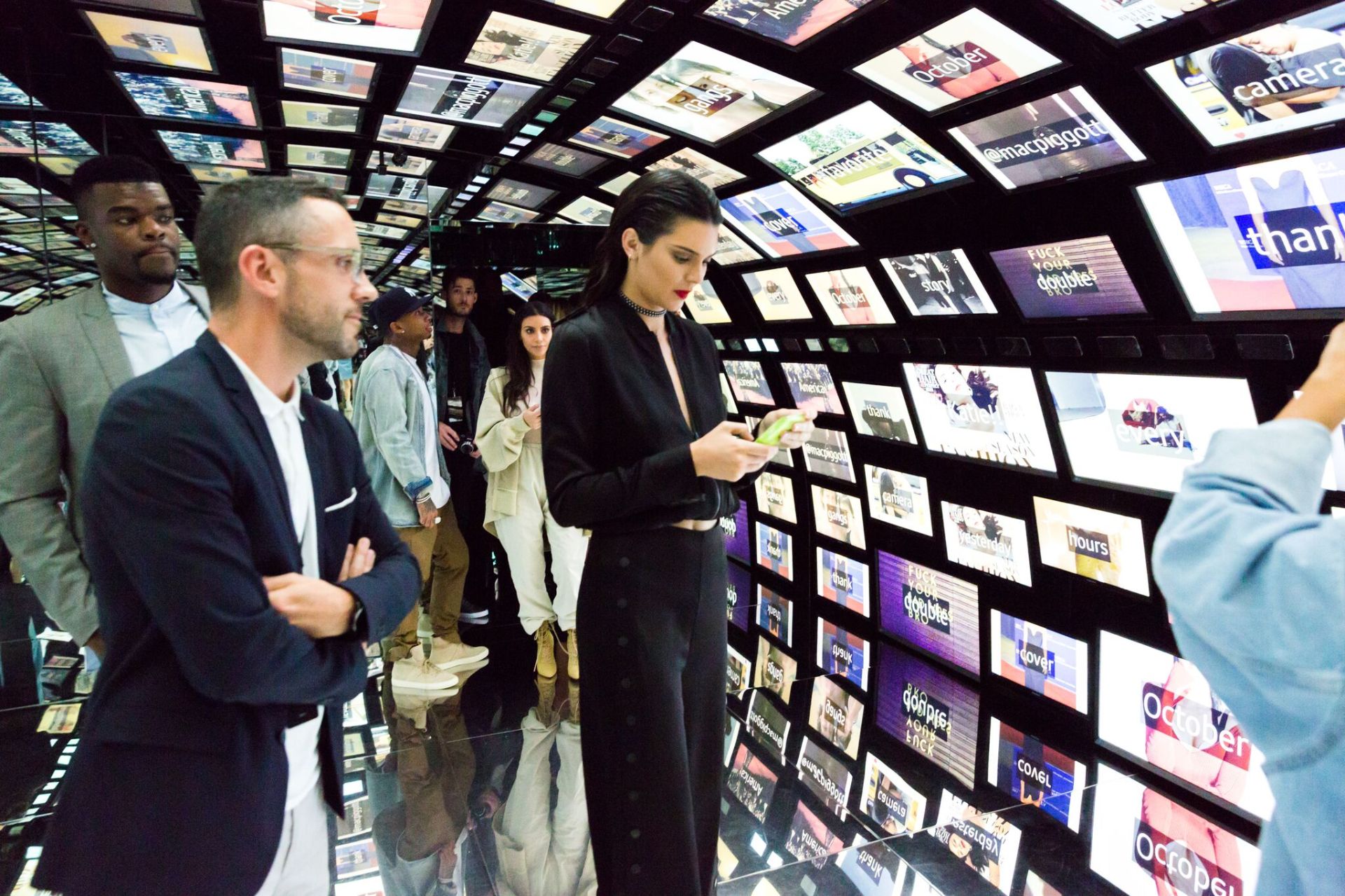 The Samsung store has been a particularly popular place for summer parties and NYFW events.
Photo: Ryan Kobane/BFA.com
Advertisement 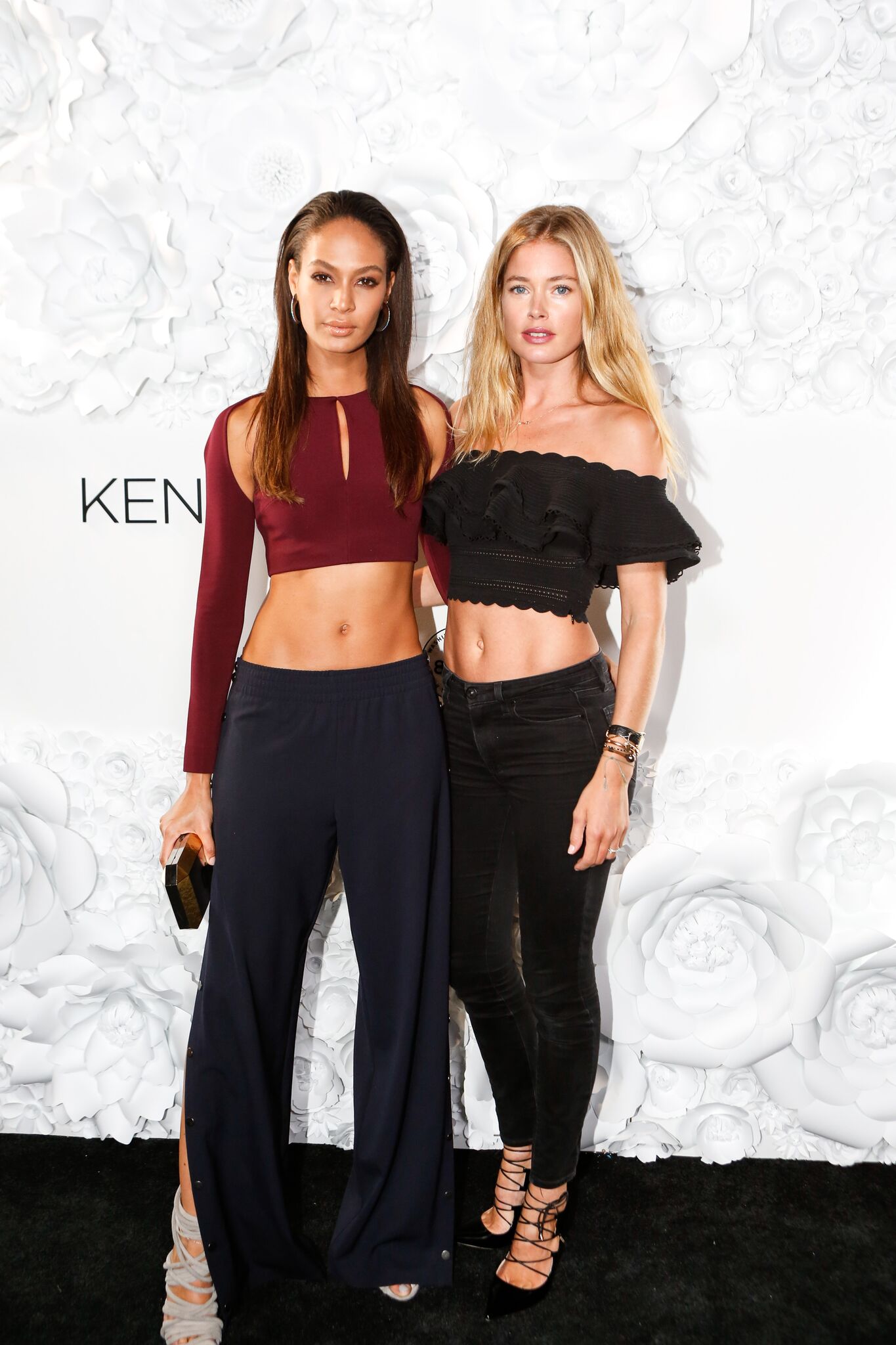 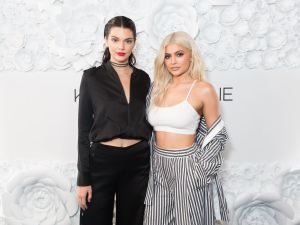 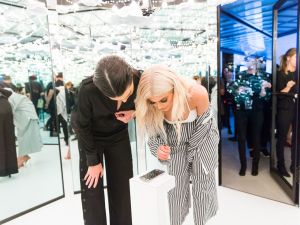 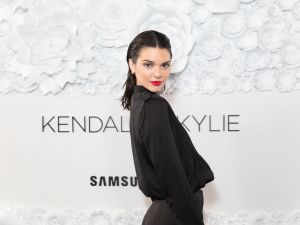 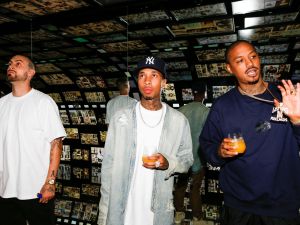 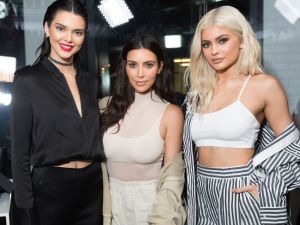 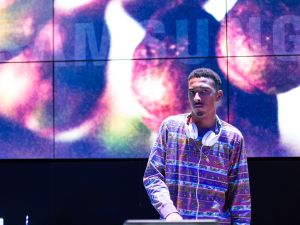 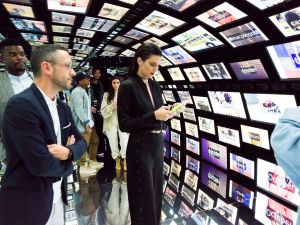 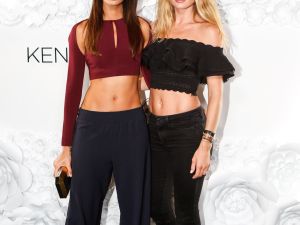 Last night, after the chaos of the Kanye show ended, the Jenner sisters made the long journey from Roosevelt Island to Meatpacking, to show off their latest collection, as they were contractually obligated to do. At Samsung 837, an experimental venue for the tech-obsessed (or for anyone who appreciates a solid selfie), event-goers wore their own versions of KENDALL + KYLIE’s creations. (No, I’m not yelling their names, their line is called KENDALL + KYLIE.) Picture bright leather jackets, even in the overbearing heat, laser cut midi dresses and plenty of pouts courtesy of Kylie lip kits (which were included in the gift bag). The women in the crowd, who were all at least a decade older than Kylie Jenner, were desperate to capture a Snapchat of a member of the Kardashian family in the wild–even if it was from afar.

KENDALL + KYLIE was on display upstairs, where it was available for sale but few cared, when they had the opportunity to say they spotted Kylie in real life. Instead of purchasing purses, they crowded around the step and repeat. The main event seemed to be vying for a good Snapchat spot…but it was difficult, as the interviewers and Keeping Up with the Kardashians crew got first dibs, leaving everyone else standing on their tippy toes, trying to get a semi-decent photo to share with their followers, who have been keeping up with the Kardashian clan for what feels like forever. As the Jenner sisters walked into a glass orb for an interview with E! the snapping continued, and upstairs remained empty. After the interview ended, a security guard tipped everyone off of Kim’s arrival, leaving the crowd to lurch towards her. Meanwhile, she just posed for a selfie with her sisters.

Even from outside of their glass encasing/fish bowl, it was obvious how much makeup they were wearing. Kendall’s red lipstick was visible from miles away, and Kylie’s eyelash extensions seemed to go on for at least two inches. Unlike other NYFW events, no one pretended not to notice them, or that they weren’t the reason for schlepping across town. Every single person had their camera in hand, capturing photos of other people’s phones, in a meta twist. Unlike Kanye’s concert, there were no true celebrity sightings. Instead, all we saw was Kylie’s boyfriend Tyga and Kim’s best friend Jonathan Cheban and model Doutzen Kroes who was mingling with the normals.

The second the sisters disappeared, the VIP crowd immediately dispersed. Still, regular folks crowded outside after they left, waiting to get into the tiny pop-up shop, where they could get their purchases airbrushed like spring break in Panama City. Before leaving, most event-goers snapped a photo on the KENDALL + KYLIE step and repeat, realizing it was as close as they’d get to a selfie with any of the of Kardashians.