September is busting with concerts galore too long to fit into this small space but besides the more detailed list below, here’s a go at a quick roundup this month’s can’t-miss shows.

There’s something for everyone so get out and embrace your inner weirdo.

Morris destroyed decibel levels with the blues-damaged mind-melds of both Spanish Donkey’s Raoul and Slobber Pup’s Black Aces but those purely improvisational blowouts may be no match for the just-released Shock Axis via the excellent ‘out’-jazz Relative Pitch label.

Morris, electric bassist Chris Cretella and drummer Dave Parmelee shatter the extreme-music ante on Shock Axis, teaming for an hours-worth of jazz/metal brutality where amps are jacked to ear-bleeding volume worthy of John Zorn’s Painkiller and Borbetomagus. Don’t leave home without earplugs for this one.

Drummer/composer Allison Miller is a rare breed. She’s toured the world holding down the backbeat for Natalie Merchant and Ani DiFranco, leads her own avant-jazz supergroup Boom Tic Boom, slays in metal-prog unit Needle Driver and is currently guesting with the The 8G Band on Late Night with Seth Meyers.

If that weren’t enough, the adventurous Miller is part of two new efforts: the forthcoming Swivel by Honey Ear Trio, her lighthearted and melodic trio with saxophonist Jeff Lederer and upright bassist Rene Hart and the record she’s celebrating the release of tonight, the more experimental, er, leaning, Lean with tenor saxist Jerome Sabbagh and bassist Simon Jermyn.

The career arc of actor Steve Buscemi has been an iconic one that has featured classic roles in such films as Reservoir Dogs, The Big Lebowski and Fargo but the crooked-toothed born and bred New Yorker has been a hardcore supporter of local experimental music, art and theater in his beloved Brooklyn.

Not only does Buscemi serve on the board of directors at Downtown Brooklyn avant-garde performance space Issue Project Room but now he’s joined the experimental music ranks.

This evening, Buscemi joins forces with the legendary downtown NYC guitar pioneer Elliott Sharp as they commemorate the release of Rub Out The Word, a recording from 2014 that captured the duo during WSB100, a month-long tribute that commemorated the 100th anniversary of visionary writer William S. Burroughs’s birth. Buscemi’s nasal and deadpan delivery in reciting texts from Burroughs’s iconoclastic writings provide the perfect foil for Sharp’s fret-board plucks, scrapes and skronked-out fuckery.

Experimental jazz pianist/electric keyboardist Thollem McDonas is an eclectic road warrior who wields an eye popping discography as long as his tour itinerary. The nomadic McDonas (he literally lives a never ending existence on the road) has forged unions with jazzheads and noise-mongers alike, from Wilco’s Nels Cline to Jad Fair of Half Japanese to Unwound’s Sara Lund to Yeah Yeah Yeahs drummer and local improviser-about-town Brian Chase and the list goes on.

Just this year alone McDonas has beefed up his résumé with mountainous output including solo piano joint Meeting At The Parting Place, a posthumous “collaboration” with the late comedic genius Andy Kaufman called Always Put On Your Sincere Face, Operation Sunbeam, an electroacoustic-based experiment in sonics inspired by the Cold War era and the song-oriented Machine In The Ghost.

For his latest project, McDonas and his traveling partner in life and art ACVilla, have embarked on their most daunting mission: documenting their eight-month, 48-state-spanning ecstatic journey across these United States called Silver Ochre ‘Who Are US 2016.” Their self-described “ever-evolving poetic documentation of America” has brought them to New York City, at least temporarily, where McDonas has quickly made himself a ubiquitous presence. Tonight, ACVilla’s projections will illuminate the majestic Park Church Co-Op in Greenpoint as McDonas stabs and tickles his electric piano.

Thalia Zedek is an underground rock survivor whose 35-year ride in trailblazing bruisers such as Live Skull and Come has produced some of the seminal records of the ’80s and ’90s.

2016’s been a boon for the gloriously hoarse-throated wailer as she just dropped the arresting homegrown twang and violin-peppered bare-bones rock of her Band’s Eve and will release the self-titled debut of her new outfit E on November 11 via Thrill Jockey, which they describe as “soul music for machines.” Another indie rock lifer, Tara Jane O’Neil of Rodan, headlines this stellar bill.

A shredtastic firestorm will engulf Ridgewood’s Trans-Pecos as renegades from the punk-jazz spectrum hell bent on earsplitting riffscapes and skronkage come together for a godsend of a bill.

At the Observer, we are huge fans of Philly guitarist Nick Millevoi of Chris Forsyth & The Solar Motel Band and Zorn faves Many Arms, Cleric and Deveykus.

Earlier this year, Millevoi’s guitar-obsessed Desertion highlighted our Best Experimental Albums of 2016 (So Far) and its Neil Young-influenced wasteoid desert-blues remains stuck on repeat in our heavy rotation.

Licht has been in solo acoustic strum mode since the release of the late-night road song dreamscapes of Currents (VDSQ) while Hagerty’s Denver showcases his penchant for Mexican music-influenced polka-punk. Meanwhile, Shipp and Capp will give a preview of the forthcoming Cactus (via Northern Spy), a playful and peppy fireball.

Extreme-music provocateur and drummer and guitarist of the highest order, Weasel Walter of Lydia Lunch Retrovirus, Flying Luttenbachers and Cellular Chaos fame—has spearheaded a scene of brutal noisemaking genius since his move from Oakland to Brooklyn back in 2008.

Of his accomplishments, Walter has played a hand in resurrecting Lunch’s career and has led an all-star-caliber big band of punk-jazz luminaries while alliances with rising young gun saxophonist Chris Pitsiokos and composer David Buddin have provided some of the most forward-thinking music emerging from the free jazz and experimental orb.

Walter is also keeping busy as a solo artiste. He just self-released the grindhouse noise collage terror of the 99-track Curses and tonight he promises “a loud and fucked up” performance as he presumably will be pulverizing his percussive toy chest in an attempt at recreating the sawing, burping and bell ringing madcap sound deconstruction of his latest sprawl. 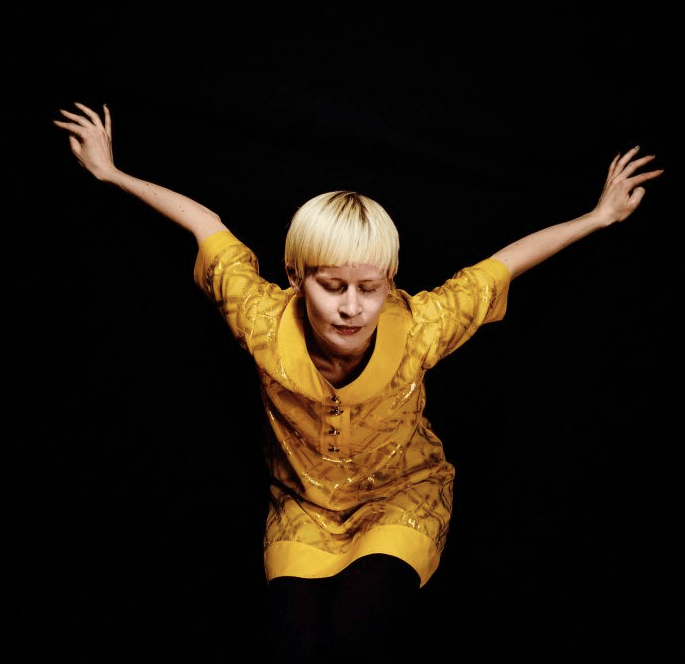