Sheila seemed like the perfect candidate for our client. Ivy League MBA. Years of experience in the client’s industry. A solid record of accomplishment and quick promotions to increasingly responsible positions.

So when the client’s HR Director called to tell me about Sheila’s lunch with the company president, I fully expected to be told to extend an offer. “How did it go?” I asked.

“Not well.” I could almost hear her shaking her head over the phone as she said it.

How could that be? The HR Director’s phone screen with Sheila went so well that a full day of interviews with other company executives was immediately scheduled. The execs were unanimous in their praise for Sheila and recommended that she meet the president. Normally, this last round was just a formality. The President likes to give his stamp of approval to any senior-level hire and meeting the candidate over lunch gives him the chance to sell the benefits of working at his firm to a prospective new employee.

Somehow, though, this placement got turned on its head somewhere between the office and the white tablecloth.

Initially, all seemed to go well. Sheila arrived about 10 minutes early for a noon appointment and reported to reception as I had directed. At about 12:15, the President and HR Director came out to greet her. They went downstairs, got into a waiting car, and drove to lunch. After lunch, they returned to the office, said their goodbyes, and Sheila was whisked back home in the car courtesy of the company.

Lunch also had seemed fine. Sheila was relaxed, knowledgeable, and engaging. She answered questions with ease and asked good questions herself. The President and the HR Director found themselves nodding to each other as they listened to Sheila talk. They could definitely envision her as part of the team.

“Really?” The receptionist was incredulous.

Taken aback, the President asked why she was so surprised. “Well,” she said, “she just struck me as kind of rude.” Apparently, Sheila didn’t take kindly to cooling her heals waiting for the President and made her displeasure known.

“Hmmm. . . now that you mention it, she was a little rude to the waiter at lunch, too,” the President realized out loud.

“And when we left her in the car after lunch, she was really snappy with the driver,” the HR Director chimed in.

Suddenly, everything had changed. The President called a meeting with the HR Director and the person who would be Sheila’s direct manager. Now HR was on the phone asking for my opinion.

I have saved dozens of candidates from bad interviews over the years. Sometimes a candidate has just been too nervous to present her qualifications effectively. Sometimes she innocently misstated a fact or overlooked an accomplishment that would be a key to a hiring manager making a decision. Part of my job is to help candidates present their backgrounds and qualifications honestly, but in the best light possible. This was very different.

My mind raced as I tried to think of something that might help fix this. Was there some act of kindness that I could report to them that might change their minds? Did I know of any instance of philanthropy that showed her true colors? Was there some legitimate reason that she was having a bad day and treated the “little people” she encountered so disrespectfully?

I couldn’t think of anything. As I thought back to my earlier interactions with Sheila I realized that she was initially rude to me also. This isn’t uncommon. When recruiters call prospects with new opportunities, we’re often reaching them by surprise at a time when a new opportunity is the last thing on their mind. Even solid candidates can sometimes be wary when speaking to a recruiter for the first time.

Sheila was just so obviously talented, however, that I worked hard to establish a professional relationship with her and present the kinds of opportunities that would be of interest to her. It was only when I presented her this opportunity with this very desirable employer that she warmed up to me. In fact, she became like a different person, one who was not only friendly but downright sweet to talk with. Saccharine sweet, in fact.

I had placed several candidates with this client and had a good working relationship with them. They have a very collaborative company culture and now I had my own doubts about how Sheila would fit in with this team. Since there was nothing I could honestly add that would have helped her candidacy, I let them reach their own conclusion and they decided to take a pass. We placed somebody else with the company, and never worked with Sheila again.

So who was the person who torpedoed Sheila’s interview? The receptionist? The waiter? The driver? The President? Me?

No, it was Sheila herself who blew it here. I always advise candidates to be themselves during an interview, but that might not be the best advice. If you’re a jerk, you should definitely try to be someone else. Better yet, don’t be a jerk—to anyone. 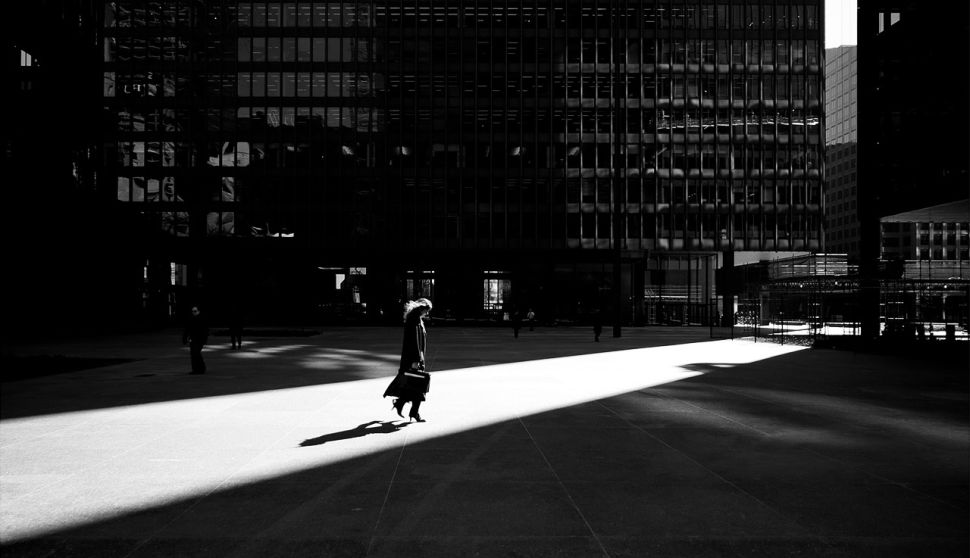