Mott Hall Bridges Academy principal Nadia Lopez, resplendent in a fitted dress of royal purple and white, chatted with the Observer at 3 Black Cats Café: Cakery in Brooklyn ahead of the party for her new book, A Bridge to Brilliance: How One Principal in a Tough Community Is Inspiring the World. In early 2015, Lopez and her “scholars,” as she refers to students attending the Brownsville middle school, drew considerable media attention (and a cool $1.4 million in donations) when a viral Humans of New York post featured a student praising his principal. “When we get in trouble,” explained 13-year-old Vidal Chastanet, “[Lopez] doesn’t suspend us. She calls us to her office and…tells us that each time somebody fails out of school, a new jail cell gets built.”

You say being principal is a lonely job—that the praise and the blame rest on you. With no disrespect, what possessed you, as a single mom with a young kid, to think opening a school was a reasonable idea? When you’re in someone else’s school, you’re under their vision. I wanted to create my own culture. I wanted to have control. Things I do may be innovative or nonconventional, but it’s in the better interest of our children. I wanted to influence kids and help them understand that they are going to take over the world—and not have limitations. I have a really supportive family who was willing to make sure my daughter was going to be taken care of.

‘Teachers often complain that kids don’t turn in their homework. Then I remind them, You didn’t turn in a unit plan, and there was a deadline. You’re an adult—you’re getting paid. You want a middle schooler, who has the weight of world on their shoulders, to be as mature as you?’

Your student Vidal’s HONY post ahead of a field trip to Harvard sparked a media-palooza—you were in The New York Times, on Ellen and invited to the White House. In the UNC webzine The Siren, Jordan Bailey wrote at the time it is “dangerous to give kids the impression that the picture of success is a predominantly white, Ivy-league institution or to aspire to an ideal of whiteness.” So, I read that. And, I thought how ironic that a person of color is speaking about children not being able to go to Harvard. I thought, Is this written to be provocative? Or is this written with some malicious intent? I have a vision, and I won’t allow anyone to stop me from that vision. I’m not here to support critics. I’m here to give hope to children.

You finished a nursing degree but then worked at Verizon. Why? I wanted to have a larger impact, and I didn’t know what that meant. It’s not like I was going to do that at Verizon; it seemed a little mundane, account collections. But there was a lesson in that: You deal with individuals who are irate, who project that anger onto you. I use that when I’m with my parents: You’re not angry with me. I didn’t cause your situation—to live in poverty or for someone to leave you. Nursing helped me approach people in a holistic manner; working at Verizon taught me how to deal with people who are irate and coming in with circumstances that are often beyond your or their control.

If you had a magic wand, what you change about the public school system today? Equity and access—and not just money and resources. People who are in affluent neighborhoods should take time to visit teachers in disadvantaged schools, and the reverse, because I think there’s not enough understanding or appreciation of what the other goes through.

What did you mean when you wrote, “We all take children to task for things we overlook in ourselves”? I was speaking about things that adults fail to do—I try to make them understand you can’t expect of children what you’re not modeling. Teachers often complain that kids don’t turn in their homework. Then I remind them, You didn’t turn in a unit plan, and there was a deadline. You’re an adult—you’re getting paid. You want a middle schooler, who has the weight of world on their shoulders, to be as mature as you, the adult, who didn’t do their job? Sometimes we need to give the children grace.

Former Chancellor Joel Klein’s favorite karaoke song is “Will You Still Love Me Tomorrow?” What’s yours? “We Are the Champions.” 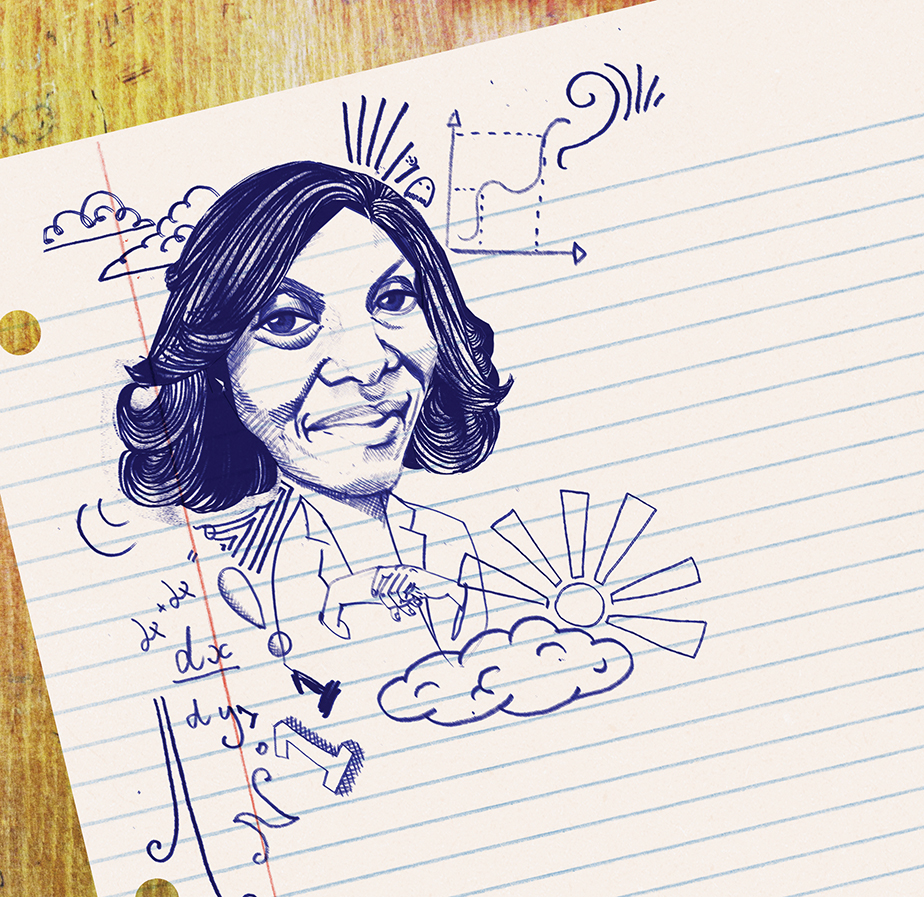