When the hashtag #IfMenHadPeriods began trending early this morning, everyone was tweeting jokes.

“They’d brag about the size of their tampons,” wrote one user. “Humanity would’ve been wiped out in a world war centuries ago,” wrote another. They shared memes and GIFs, and of course people found a way to bring Donald Trump into it.

Others made jokes, but with a male privilege twist. “Tampons would be sold in the impulse-buy checkout aisle, right next to beef jerky,” reads one tweet. Sans the jokes, many brought up the tampon tax and pointed out men having periods would lead to a cure or paid time off each month.

If you check the top tweets for this hashtag, however, you’ll see the conversation has now taken an entirely different turn. The trend—which was started by an OB/GYN and writer whose Twitter bio says she’s a “sexpert, defender of evidence-based medicine”—is being heavily criticized for being transpobic and cisnormative.

I am that man who has periods cause guess what. Trans people exist #IfMenHadPeriods

The #IfMenHadPeriods hashtag is straight up trash trash trash 😐 Can we change it to #IfFeminismWasntTransphobic ?

#IfMenHadPeriods except some of us do, get outta here with this cisnormativity and trans erasure

#IfMenHadPeriods: many of them do, but you refuse to listen to their experiences, so what's the point of this hashtag?

#IfMenHadPeriods is extremely cisgender. Men DO have periods!

#IfMenHadPeriods some men have periods 2016

#IfMenHadPeriods …How are y'all still this transphobic in 2016

Many people are directing their tweets at Dr. Jen Gutner, the OB/GYN behind the hashtag. She seems to have deleted her original tweet and isn’t responding to those calling her transphobic except to say the hashtag was just one of many of her tweets on the topic. While the transphobic implications of her hashtag seem obvious to many, it seems the trend took a turn from what she had intended.

FYI this was one of many tweets in response to mansplaining about why menstruation doesn't affect mood. https://t.co/jRxebhXvnf 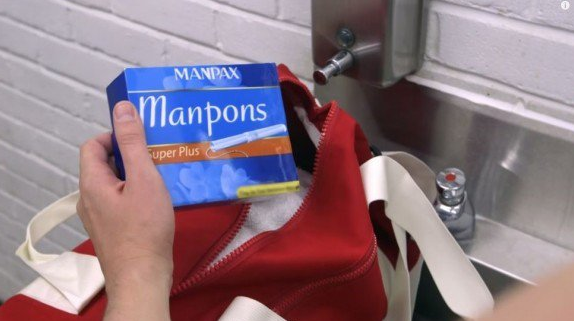