You get ready for work a bit early in anticipation of the news. You are going to be promoted to Head of Marketing Analytics of the IoT Division. This means that you will now report to a person who reports to a person who was part of the early team at Hotmail back in the 90s.

This is your second promotion in less than a year. You haven’t received any pay increases — but that’s ok — you are principled and care more about title than pay.

Sure, your company is a 30,000-employee behemoth that is primarily engineering driven, but you’ve played an important part since your startup was acquired 3 years ago.

You are critical to the company’s success. And you are climbing the ranks fast — just as you were critical when you were the “first business hire” at your previous startup.

The financial outcome wasn’t great, but it was awesome for your career and you got to tell your friends that you had an “exit” at cocktail parties. They don’t have to know you lost $30,000 exercising your options and another $20,000 paying capital gains on equity that ended up being worthless. Perception is reality.

On this important day you are reminded of your parents and the upper-middle class suburb you grew up in. You were taught good values — to be humble, and to connect with people on a genuine level. Arrogance is frowned upon. You are down to earth. 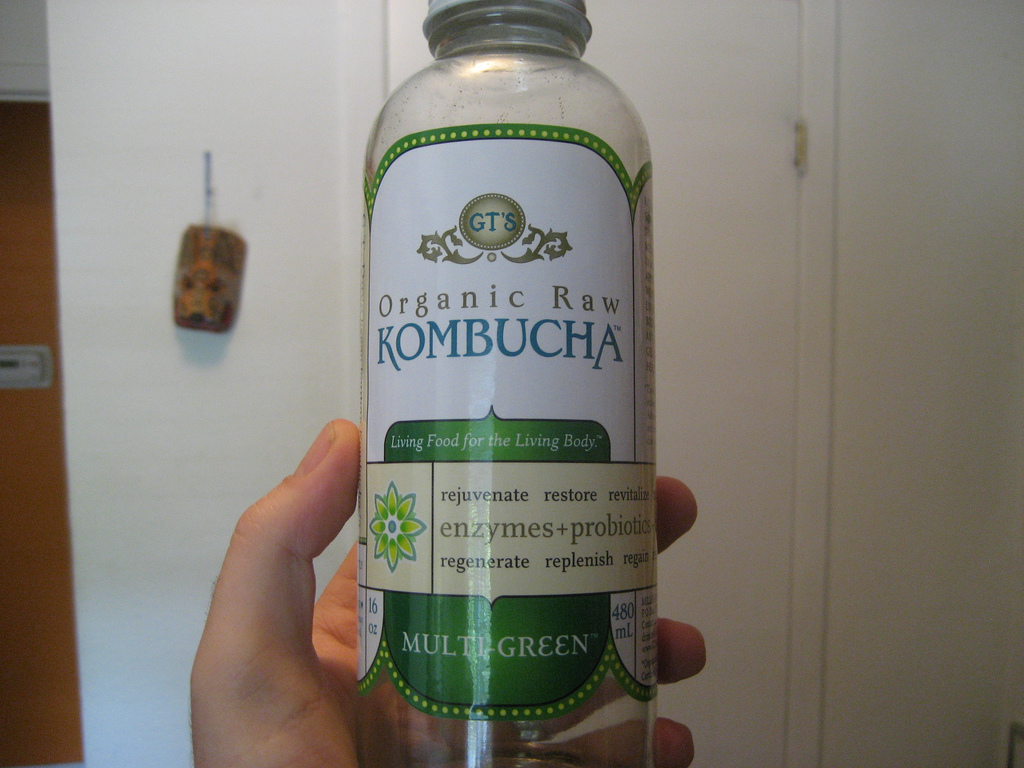 You pay 2x surge pricing to take an Uber to work because your car is in the shop. You introduce yourself to your driver. It’s only polite. You talk to him about the election, where he lives in Manteca, and what other sharing economy services he uses to piece together an income. You established a genuine connection. How nice of you to talk to him. You didn’t exchange numbers, but you could definitely hang out with that guy at some point. You have so much in common. You take a final sip of your Kombucha and ask him if he can throw it away for you.

You can’t wait to get into the office. As soon as you hear the news you can change your job title in LinkedIn. Will it appear in everyone’s news stream? Who will notice, and who will “like” the job change? You shudder in anticipation.

You are waiting to meet your boss. You are typing away at your computer. You are IMing your colleagues. You spend a lot of the day IMing your colleagues. You have two Chrome windows open — one for work stuff and an incognito window for “personal” stuff (Buzzfeed, TMZ, Facebook, Techmeme). You alt-tab between the two since you are one of the last people at your company who uses a PC.

You hope no one can read your IMs when they walk behind you. You don’t want to be caught talking shit about one of your co-workers. Especially if you are projecting your screen during a meeting. You have anxiety attacks about that shit.

Your boss is ready to meet you. She conveys to you what a good job you are doing. And how the people at the top are thrilled with your contributions. All of this goes in one ear and out the other — you are waiting for the speech to end so you can update your social profiles.

First LinkedIn, then Facebook, then your Twitter bio, then Instagram, and a Snap to your friends showing your new office. You WhatsApp a few friends abroad. You’ve made it.

An ex likes your LinkedIn job change — what do you do? How do you respond? A HS friend comments below the job status change on FB. Do I “like it” or submit a normal reply? What’s the etiquette? You Google around and find a bunch of stuff, but consensus has not yet been reached in this area.

So what if the company is engineering driven and you are a business guy? Over the years you’ve gotten pretty technical, and can “speak dangerously” to anyone about technology subjects. A Javascript engineer on your team congratulates you on the promotion. You feel good. You engage her in a conversation about Node and Angular. This makes you feel better. It makes you feel whole. It makes you feel connected.

You grab beers with colleagues after work. You pick a bar that’s appropriately trendy based on a cursory analysis of Yelp. You use the “Happy Hour”, “Rating” and “Good for Groups” filters.

You talk about your past to your colleagues. You lived in the Mission “back in the day” when it was not overrun by techies — before rent was so crazy — before gentrification. 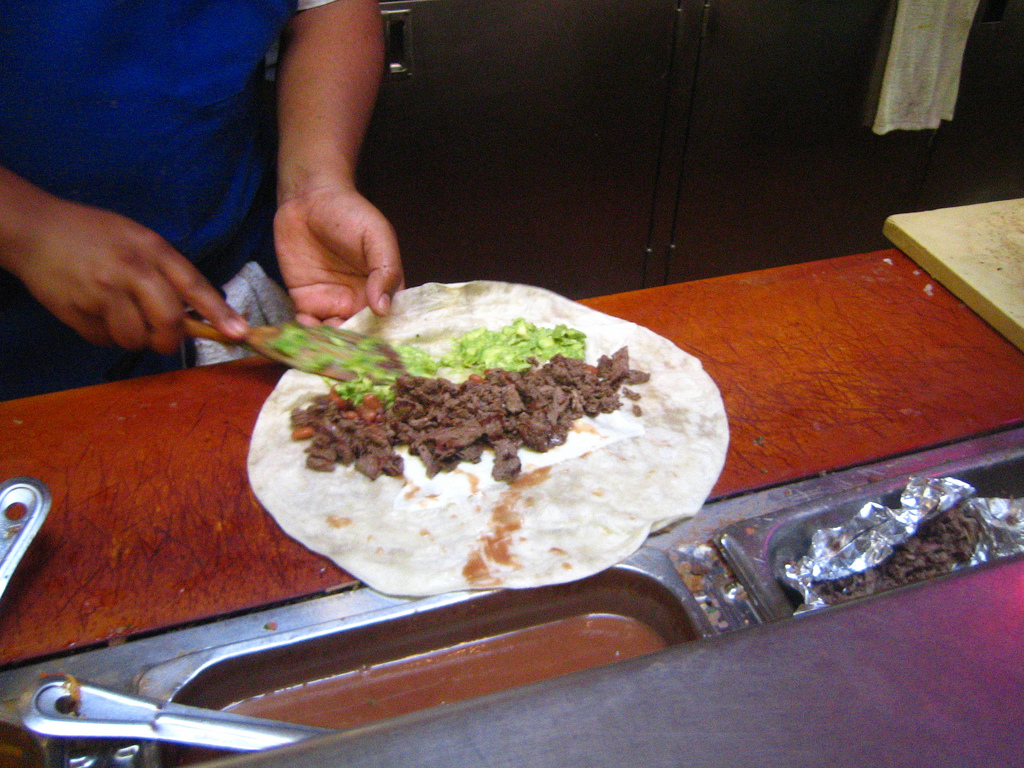 Somebody making a burrito at a burrito joint in the Mission. (Photo: Rick/Flickr)

You ate burritos in obscure joints that no one has heard of and no longer exist. You would never be caught dead in a Chipotle. You are above that. You are too real. You used to take the BART instead of the Caltrain because it’s edgier.

You don’t actually know what the Mission was like “pre gentrification”. You moved here 5 years ago.

Back in ’12 you attended music shows by “indie” bands in tiny venues. Those were the days when music wasn’t corrupted by large corporations. You work for a large corporation. Your holiday party was on Treasure Island and The Foo Fighters played. You secretly listen to Taylor Swift, Katy Perry and Savage Garden at low volumes on your headphones so your co-workers can’t hear.

You can actually engage in “real” conversations. You know politics, you know film, you know the San Francisco music scene inside and out. All of your colleagues must wonder — where does such an accomplished guy find time to connect on ordinary subjects with normal people like us? Pat yourself on the back. And thank your insomnia, and over-consumption of Apple TV content.

You and your colleagues reminisce about that one time you volunteered at a homeless shelter back in 2013. That was some real shit. You feel like you have your finger on the pulse of the problem. What will you do to fix it? Your mind drifts off to a way to use software to scalably solve the problem. You can’t code. You take a sip of your $15 drink. After tonight you will go on a juice cleanse.

You tell your colleagues about that time you could have joined a company pre-IPO…“I interviewed with Mark” you say to your colleagues — after a few drinks. “But I was too stupid to join”, you tell them — all the while feeling self-congratulatory for being self deprecating. Authentic. That’s what people love about you. You are so open about your mistakes. 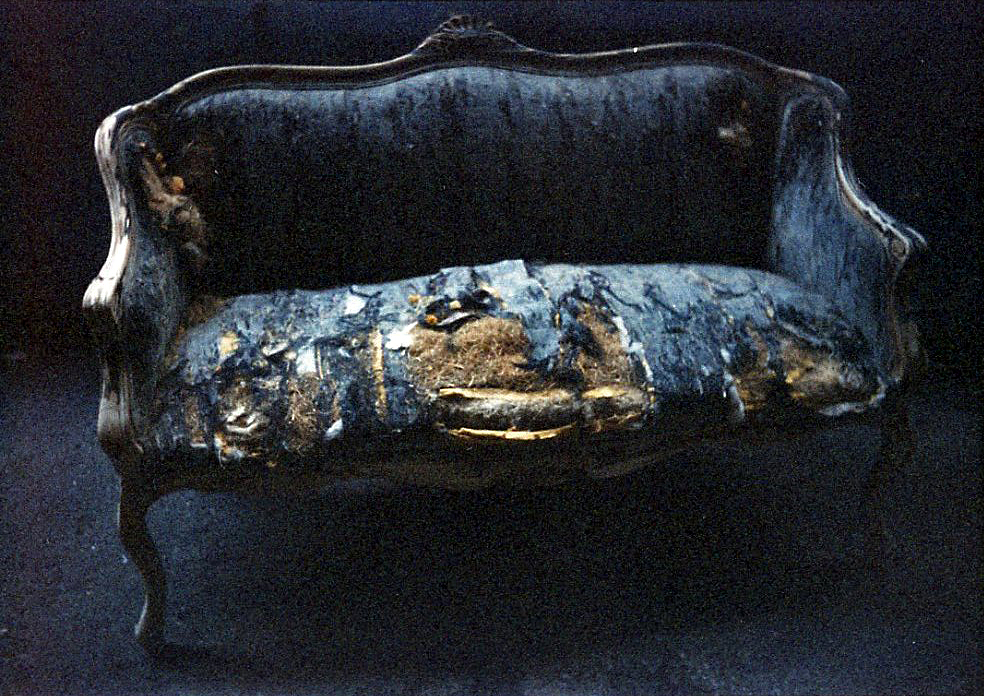 After getting a good buzz going you talk about therapy. All of you have been in therapy at some point. Your therapists all tell you your past was screwed up. You were traumatized — your parents were just doing their best. It’s not your fault. It’s somebody else’s fault. $200/hour, 2x/month. Cheaper if you pay cash.

After drinks you walk outside of the bar. Through the side of your eye you silently judge a parent who is looking at their phone while watching their kid. You don’t like kids. You are going to stay single. Everyone you know with kids is unhappy. You’re unsure if you’re happy.

You get a message notification from Snapchat. You check your phone.

You take a Lyft to pick up your car after hours at the shop. You make sure your colleagues see you taking Lyft instead of Uber. Uber is an evil company. You’ve spent $1,000 this year on Ubers. You won’t buy Starbucks, or eat at fast casual restaurants, but you’ll happily use ride sharing services.

You are waiting for your car. Your phone is going crazy. More likes on Facebook for your job title update. This is getting ridiculous and you need to stay on brand. You reply to each and every one of the comments with a personalized message. That is going above and beyond. That shows you truly care who your friends are — and when they post an update of substance, you will write a meaningful comment to pay it forward. 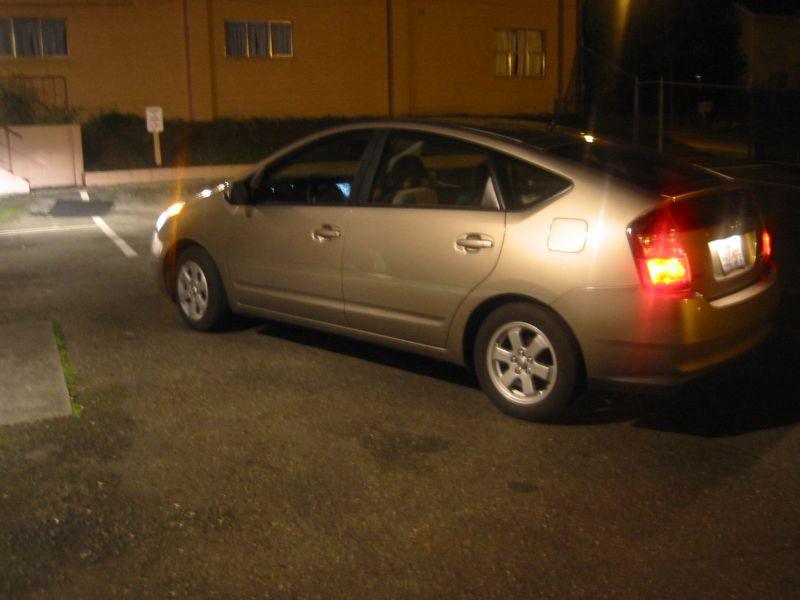 You drive a Prius. Prius is the way to go. It shows you are environmentally conscious. It shows you value efficiency. You can give anyone a ride in a Prius. You don’t want to go Tesla — if you go Tesla you might be saying something about yourself that scares you. That you have money. You hate yourself for having money. San Franciscans hate you for having money. Everyone in San Francisco wants money.

You drive across the Bay Bridge to your apartment in Oakland. Actually, you don’t live in Oakland. You live in Emeryville — in the Avalon. But at least you can say you live in the East Bay. Prior to your move you hadn’t been further south than Daly City. And that’s only because they have good Pho.

You make conversation with the guy taking your order. He does not seem to give a shit about what you are saying. He takes your cash. You smile and nod your head at him. You are a regular “every man”.

You come home after the long and grueling day. You are going through an “existential” phase. Worn in copies of Eckahrt Tolle, Soren Kierkegaard and Camus books rest on your nightstand. You bought them from a used book store but haven’t read them yet. Alexa reads you books.

You stopped using Tinder months ago. You’re ready for something serious. Coffee Meets Bagel? Maybe if you meet someone on there they’ll notice the books on your nightstand. No interesting matches tonight.

You go to bed thankful that you have so many friends who congratulated you in so many different ways for your career accomplishment. Facebook, Text, Email, Snapchat, Instagram, Tweets.

Sunil Rajaraman is the Co-Founder of Scripted.com, CEO of The Bold Italic, and a columnist at Inc.