On December 8, 1993, President Bill Clinton signed the North American Free Trade Agreement (NAFTA), causing the loss of 700,000 jobs in America—which were outsourced to Mexico—and forcing U.S. workers to accept lower wages and decreases in benefits. Labor unions view the deal as a disaster which disproportionately benefited corporations over workers.

One of the most appalling aspects of the deal were Investor-State Dispute Settlement (ISDS) provisions, which undermine government regulations and the ability for the public to rein in corporate greed and recklessness.

These provisions are threatening the progress made by the environmental groups which led the fight to stop the Keystone XL pipeline, a proposed 1,179-mile crude oil pipeline between Canada and Nebraska. In November 2015, President Obama accepted Secretary of State John Kerry’s recommendation to reject the pipeline, inciting the company that proposed the project, TransCanada, to sue the United States government for profits lost, per NAFTA’s ISDS provisions. The company is seeking $15 billion in retribution, to be paid by taxpayers.

“Where we are at this point is TransCanada has formally initiated the arbitration. In domestic legal parlance, it means they have formally filed a complaint against the United States and requested a panel to be formed,” Jesse Swanhuyser told the Observer. Swanhuyser is the legal coordinator for those environmental groups involved in responding to the Keystone XL pipeline, including the Sierra Club, Natural Resource Defense Council, Center for Biological Diversity, Friends of the Earth, Greenpeace, and other organizations.

“The way the panel is formed, and this is the fascinating part of this process, is TransCanada will actually get to pick one of the tribunalists, the United States will get to pick one of the tribunalists, and then they will both have to agree on a third tribunalist who will serve as the president. So TransCanada will literally participate in picking two out of three of the judges who will ultimately hear their legal arguments,” said Swanhuyser. He noted the panel will likely be agreed upon later this month, but the public won’t hear what is going on with the litigation for several months. “This case there is an obvious public interest component and the implications of what the tribunal will ultimately rule will be felt far beyond the two parties,” he said. “Essentially, the people’s hard fought victory in defeating the Keystone XL pipeline is being challenged by TransCanada in a World Bank court. They are going to put representative democracy on trial and undermine the eight year democratic process we went through to get the president to say no to the pipeline.”

Despite concerns posed by the ISDS provisions in NAFTA, the United States government has continued to include them in every trade agreement since NAFTA, except the Australia-U.S. Free Trade Agreement. Leaders in Australia were successfully pushed by their citizens to reject the provisions. Unfortunately for Australia, these same provisions are included in the Trans-Pacific Partnership (TPP) agreement they are a part of with the United States.

“The functional impact of what’s included in the TPP is identical to NAFTA,” said Swanhuyser. “The United States Trade Representative have tried to tinker with the language in response to criticisms, claiming by changing synonyms that they had addressed critics concerns that these tribunals would be used to challenge public interest policies, like the rejection of the Keystone XL.”

Despite Obama’s attempts to push Congress to pass the TPP, and his unwavering optimism they will ultimately do so, both presidential candidates, Hillary Clinton and Donald Trump now vocally oppose the TPP. What they support in lieu of the TPP has yet to be determined.

Trump’s unpredictability provides little hope in developing a better alternative, and Clinton’s stances are well-known for being motivated by political expediency. Labor unions would likely have withheld their endorsements of her presidential candidacy had she not vocally opposed the TPP, and the growing criticisms and concerns among progressives have made it unfeasible for Clinton to continue supporting it as she did during her service as secretary of state.

In June 2015, CNN’s Jake Tapper compiled a list of 45 separate occurrences in which Clinton pushed the TPP. Her campaign website includes only a vague promise to reject trade deals that don’t meet her high standards. Those standards remain yet to be explained or discussed in much detail. The fear among progressives is this vagueness on trade policy from Clinton is deliberate, in that if elected, she will push the TPP forward. The question remains whether that agreement will continue the same pervasive trend of disastrous pro-corporate provisions her husband started in American trade policy, or if the second President Clinton might be willing to change course and rectify those mistakes. 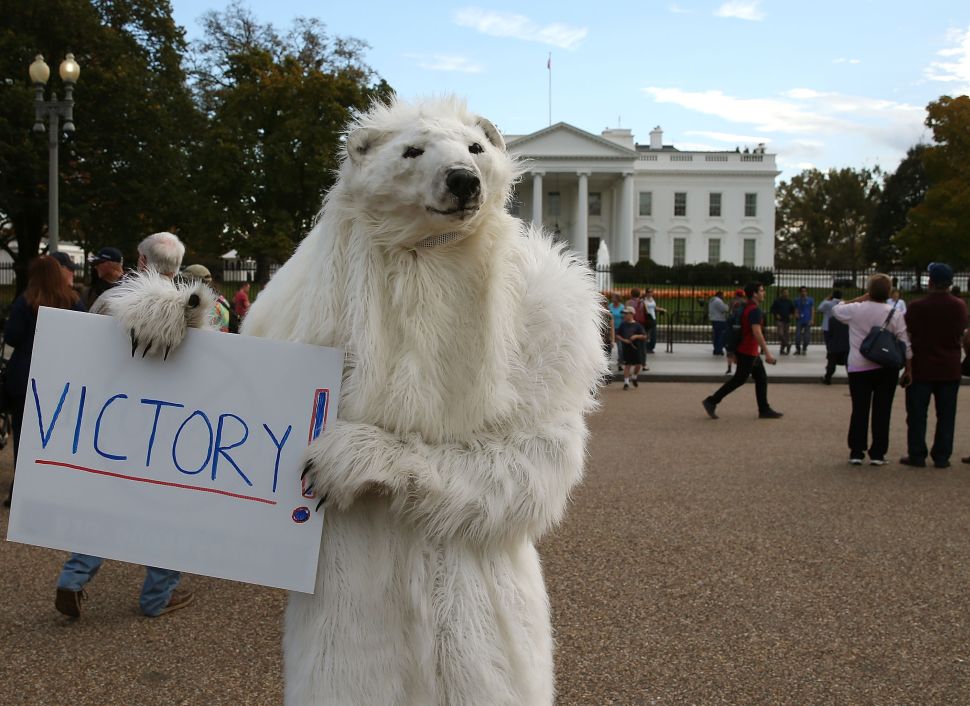