GOP presidential nominee Donald Trump has, in recent weeks, appeared to soften his position on immigration—from declaring at the onset of his campaign that Mexico was “sending people that have lots of problems” to nearly adopting a position of amnesty abhorred by his supporters.

But Wednesday night, Trump took a stronger position once again. While he never moved away from his often-repeated promise to build a wall, he again discussed his plan to deport millions of illegal immigrants. It was on the latter that he still remains softer than when he first began running—declaring he would deport every person in the country illegally.

Well, a little softer. Trump said he would first focus on deporting two million “criminal aliens” and prioritize the deportation of gang members or visa overstays. But he also emphasized “There will be no amnesty” and that his ultimate goal would be to deport everyone—allowing anyone legal access back into the country “under the rules of the new legal immigration system” he has outlined.

So Trump is back to courting his original supporters, but his rhetoric wasn’t as inflammatory as it was at the beginning of his campaign. Perhaps if he had spoken this way about immigration from the beginning, he wouldn’t be seen the way he is on this issue. Nah, he still would have gotten the “bigot” title, just like Mitt Romney got when he talked about “self-deportation” (which, by the way, Trump called “mean-spirited” back in 2012).

Trump’s opinion on deporting criminals isn’t that different from many liberal points of view. President Obama’s executive actions were meant to focus deportations on violent criminals, though he wasn’t also saying on the side that he wanted to deport everyone. Still, some families did have their homes raided under the Obama administration, and because more than 2.5 million illegal immigrants were deported since 2009, Obama earned the nickname “deporter in chief.”

One thing Trump discussed during his Wednesday night speech was especially interesting—the biometric entry-exit tracking system. This is something Clinton backed in 2001, when she co-sponsored a bill that required the creation of such a system. Now, however, because Trump is the one discussing it, the system must be racist.

There was something else about Trump’s speech that was different from what he typically does out on the campaign trail. On Wednesday night, he told the stories of five different individuals who had been killed by illegal immigrants. At the end of the speech, he brought up the families of many more who had similarly been killed. One thing really struck me about the stories he told. This might not have been intentional (if it was, good thinking) but three out of the five deaths he mentioned happened with a weapon other than a gun.

If all five stories had been shootings, the Left could have easily said: “Look! The problem isn’t illegal immigrants, it’s guns!” But they can’t when so many of the stories involved non-gun related murders.

Trump has changed his rhetoric so much on immigration over the past decade that it’s difficult to tell where he actually stands at this point. His speech Wednesday attempted to clarify things at least a little, but who knows what he’ll say next week. Still, he should probably keep the toned-down rhetoric, no matter what position he takes. 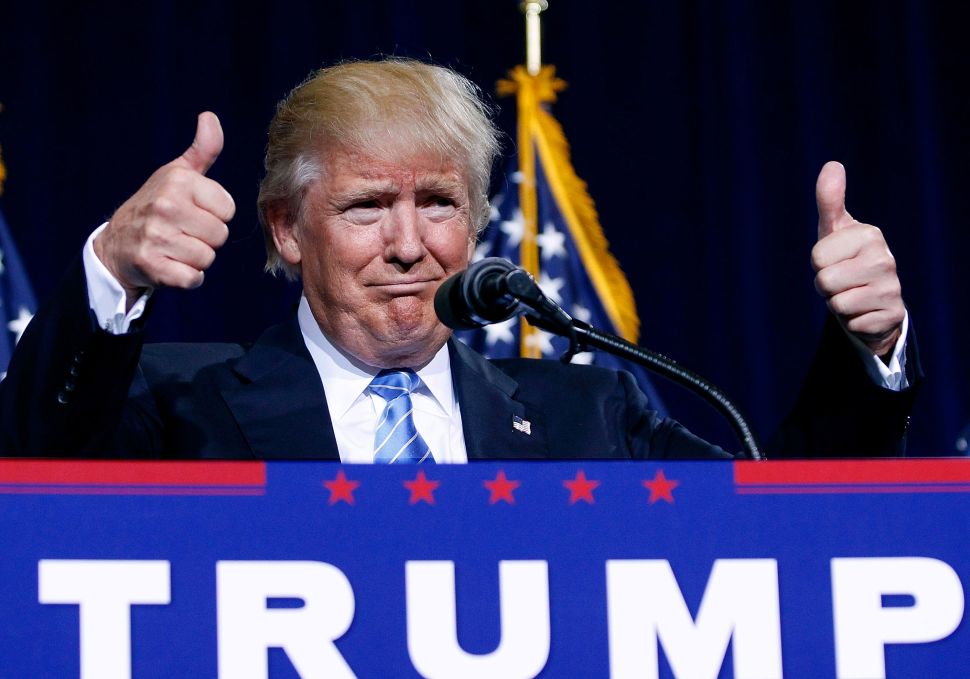