Let’s cut to the chase: Donald Trump is a liar. He doesn’t stretch the truth, misspeak, shoot from the hip, tell it like it is, refreshingly unvarnish or have his own version. He lies. He has no relationship to the truth.

Truth should be important. His campaign is built on lies. His proposition is a series of lies. Americans should have a problem with that.

Each and every one of Trump’s surrogates are liars—morally vapid validators, town criers doing the dirty work of the village idiot. I don’t care how poised, slick or sleek some acting coach’s version of sophisticated they are. They push his lies in an attempt to normalize his message and persona, using the fascist technique of repetition equals truth.

Nowhere was this more visible than across the Sunday shows last weekend, during which Christie, Conway and Pence fanned out to do Trump’s bidding, magnifying his racist lies and capping off a five-year crusade to delegitimize our first black president. How embarrassing for them. How sick for us.

This campaign is a human stain. I hope, someday, their children will hold them accountable for the boundaries of engagement and civility that have been breached. For the record, I hope it hurts. It’s been ugly for all of us, and sadly—due to media incompetence—we’ve all been dragged into the ugly. I hate being part of their ugly.

Donald Trump and the campaign he’s run defines ugly in everything he says, does and stands for.

What the Trump campaign has released on America isn’t a lark of a reality show—his currency, after all—in which some idiot gets a fake rose or a glass of cheap white wine tossed in his face, and in which case, I wouldn’t care. This is real. We are talking about the leader of the free world. What happens on November 8 affects all of us. Our jobs. Our homes. Our property. Our contours. Our characters. Our future.

I would let it go if the presidency wasn’t at stake and if I didn’t think that Trump and those who hitch their lack of character to their willing wagons weren’t and haven’t always been the very worse byproduct of what this country offers.

I’m a New Yorker. Tried and true, born and bred. I remember when Donald Trump crawled out of the junk bond ooze of the early eighties and swaggered in his cheap suits and tragic combover through the Queens Midtown Tunnel and thought he could play with the big boys.

But, unlike the real big boys in this town, who proved themselves by doing good for their city and doing good for others, Donald Trump, from the very beginning, just wanted recognition. He was the worst of the 80s. He wanted limelight and a high profile but never had the substance or true contribution to society to back it up. He was never a great developer. He was a marketer. He was never a great builder. He was smoke and mirrors. What was clear in 1986 is clear 30 years later. He was never a part of what made New York great. He was what made a great city stumble.

Donald Trump has always been addicted to attention—positive, negative, didn’t make a difference. That’s especially clear in the birther episode; gleefully making his second series of dangerous remarks about Hillary Clinton getting shot; the campaign lying about his opponent’s record on childcare (crash course: She has a 40-year history on the subject, and the Trump organization doesn’t offer it).

And now, having the arrogance and cynicism to play the ultimate card trick by seeking the presidency and having the ratings-starved cameras permanently on him, he is fulfilling an attention whore’s fantasy. He is an addict with the world’s biggest pile of blow. And he’s snorting rails.

Let’s be mindful. I think we can do it. It’s in us. Let’s not be the john to his hustler.

Don’t let the lies just go by. Don’t let the bombs that the candidate and campaign throw out daily become routine or absorbed into white noise until they don’t exist because everything else is so loud. Hold his entire campaign accountable long afterwards.

By the way? I know I’m saying deeply terrible things about other human beings. Normally I’d have more than a shred of guilt and bring it down to earth. But I can’t. There is too much to lose.

To get personal—maybe too personal—I’m a relatively successful, smart, connected guy. I have backup. I’m someone’s version of the elite. Usually, bad Republican policies wouldn’t really touch me. But the judges who this hatemonger would appoint to the Supreme Court would negate that marriage I hope to have and expel from the country valuable people who belong here and suppress social justice movements that I respect and that lead us to a more perfect union. I fear that the city and country I love would be under attack from our enemies whom he has embraced and that his temperament would lead us open to terrorism. Look no further than his unstable, un-presidential response to the attempted bombing in New York City—his home!—just days ago. 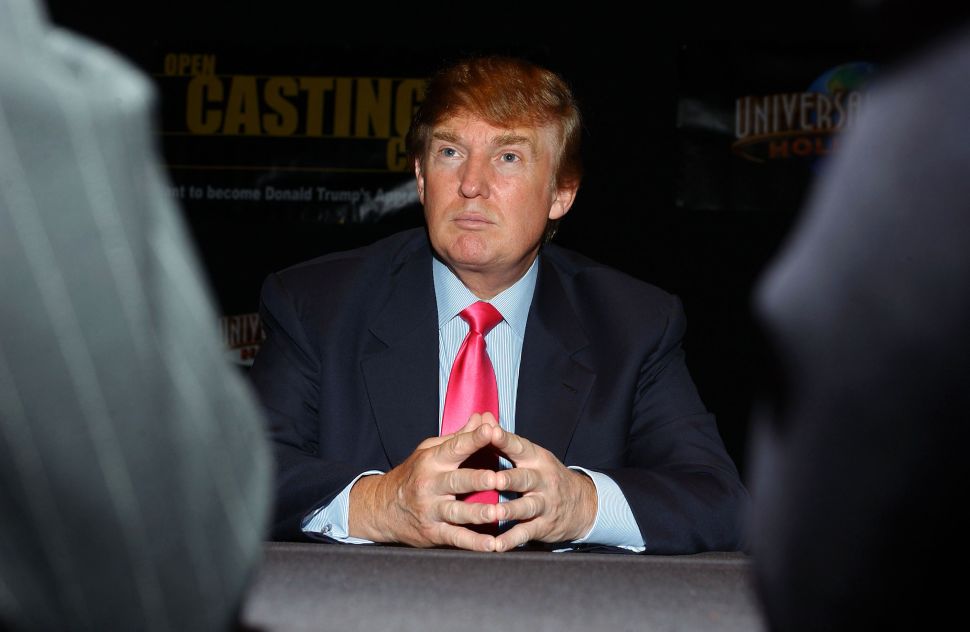