Sometimes victory even when not pyrrhic can still seem to be bittersweet. The cancellation of an anti-Semitic, anti-Zionist exercise in propaganda masquerading as a college course at the University of California, Berkeley has received its appropriate share of praise.

But I would submit that mixed in with this praise for the university administration doing the right thing might be a certain amount of dissonance.

The inheritance of freedom of thought and expression was not achieved in the West without great sacrifice over centuries. There was a time in America when most college students had at least a passing acquaintance with J.B. Bury, A History of Freedom of Thought, and an appreciation for the great legacy of freedom they inherited.

Those days are long gone. They have been replaced by a pedagogy steeped in ideology and propagated with contemptible and zealous ignorance. An anti-intellectual environment flourishes on campus, where pedagogy is based on a binary worldview of exploiter and exploited.

In my day, activist professors frequently concealed their activism in the classroom because to announce it would impede the idea of the quest, however imperfect, for truth. Now, professors wear their activism on their syllabus and flaunt their status as some sort of victim. If their demography prevents them from being perceived as victims, they can announce their identification with any of the omnipresent categories that serve the purpose.

I remember a university that no longer exists and whose idea of governance was found in the lines of C. P. Snow’s The Masters, where the competition for the master of a Cambridge University college spins into a cycle of normative deterioration, only to be halted by a senior faculty member who reminds everyone that the allegiance to civility is more important than who wins office.

It was unimportant whether professors actually achieved objectivity and civility. What was important is that they aspired to do so. Now, the aspiration itself is spurned as irrelevant.

The idea that a course based on hate and filled with lies could have even a glimmer of a chance of being offered is an affront to Western Civilization’s march toward freedom. But also, the idea that even such a course had to be cancelled causes us to reflect on how universities are no longer the keepers of our cultural heritage.

Certainly, those who protested the course will now be denounced as fascists, McCarthyites, or by the most recent insult hurled by the Left, Trumpsters.

Although shutting down a course is not an action to be taken lightly, this was not a course. It was propaganda masquerading as knowledge. Even its advertising decal showing the “shrinking” state of the non-existent Palestine, using maps that MSNBC long apologized for as fictitious, was a blatant act of insipid and juvenile misinformation.

The idea of a university, the institution that John Henry Cardinal Newman said in his seminal work should promote not only wisdom and knowledge but freedom of thought, no longer exists. It was exploited first by the Left to incorporate those that had been previously excluded to give vent to their narratives even when they were bogus, and then by a whole host of self-proclaimed victims who exploited the traditions of Western freedom to manipulate the curriculum for the purposes of propaganda. None of this had anything to do with a university as an institution dedicated to the pursuit of truth and what it was supposed to accomplish in expanding the intellectual horizons of its students.

So who are the real fascists? The people who speak up against imposing propaganda on a captive or unknowing audience? Or those who think they have a right to mock our long struggle for freedom by manipulating it to advance their jaundiced narrative. When street orators stand on soapboxes and call for the revolution, they have a constitutional right to do so. In the classroom, that right ceases to exist.

Cancelling a real course is an exercise in dissonance. Cancelling a propaganda session masquerading as a course is an attempt to return to the very ideal that Cardinal Newman held for the university.

Abraham H. Miller is an emeritus professor of political science, University of Cincinnati, and a distinguished fellow with the news and public policy nonprofit, Haym Salomon Center. Follow @salomoncenter 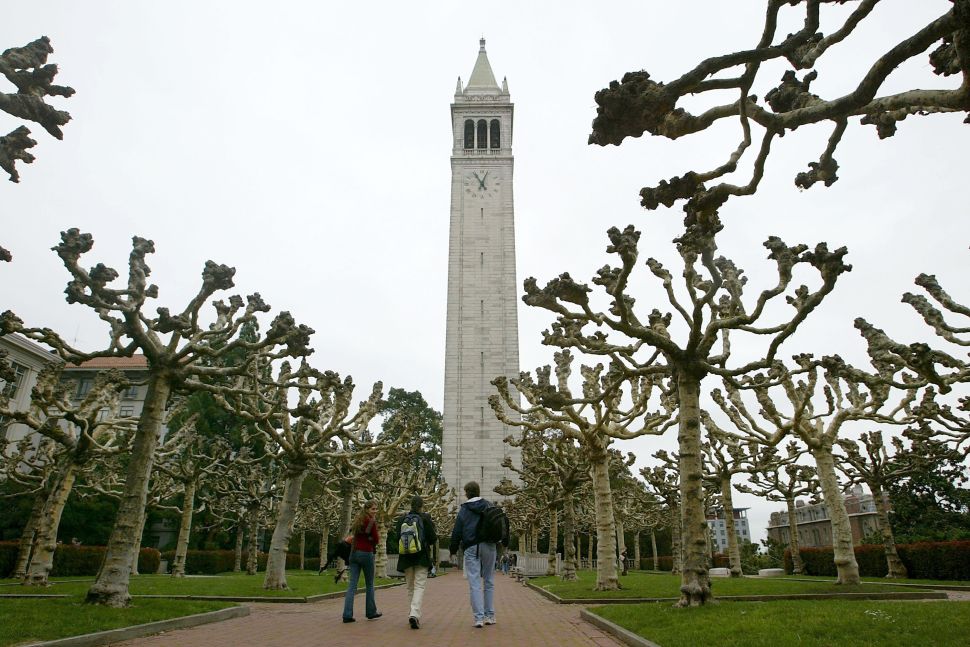