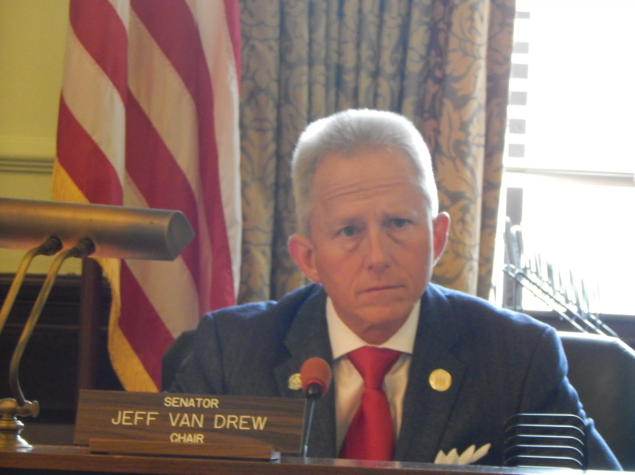 Following Monday’s news that one of the biggest manufacturers in rural South Jersey would be closing a longtime plant in Vineland, State Senator Jeff Van Drew (D-1) is offering his consolations to the hundreds of workers who will lose their jobs because of the move. Van Drew said in a statement that same day that he will be working with owner General Mills to find a new commercial tenant for the soon-to-be-shuttered Progresso soup factory.

“This is such devastating news,” Van Drew wrote. “We really tried to work with the company to come up with a solution that would keep the facility operating, including meeting personally with officials while in Chicago in recent weeks.”

370 workers will lose their jobs because of the decision. Van Drew said that he expects to be in talks both with General Mills, and with fellow lawmakers in Trenton to come up with incentives for attracting a new business to the site.

“We hope to work with the company’s real estate division – which according to General Mills coordinates with local realtors, as well as state, county and local government – to find a business to locate at that site. We know that it is not in the company’s interest to maintain a vacant building and pay property taxes on the site, and they have expressed their intent in trying to find a business to occupy it.

“My Assembly colleagues and I are also committed to doing all we can to work with local officials to attract a new company so that we can maintain jobs at that location. That said, I know this is extremely difficult for the hundreds of workers who are hearing this news today.”

Van Drew called the news a further blow after Governor Chris Christie’s veto of a bill to renew the state’s Urban Enterprise Zones. Businesses in towns that qualify for the program are permitted to charge half the state sales tax, a boon for municipalities in rural areas that hope to draw consumer interest away from suburban malls and online retailers.

“It is also tremendously disappointing for the region, since we also recently heard that the Urban Enterprise Zones were not being renewed,” Van Drew continued. “But we are not going to give up. Just like we did with the Vineland Developmental Center, we are going to work as hard as we can on behalf of the residents to try to keep these much-needed jobs in the community.”