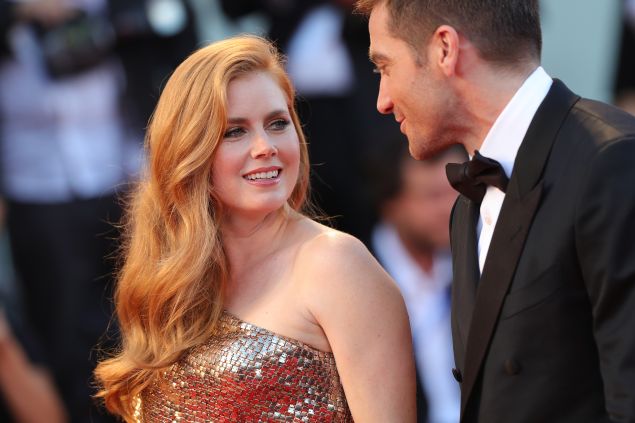 The annual Hollywood Foreign Press Association’s cocktail party was held on September 2nd in celebration of Tom Ford’s Nocturnal Animals starring Jake Gyllenhaal and Amy Adams. All stars were in attendance to support their film. Located at the glamorous Excelsior Hotel in Lido, a place where journalists reconvene for an afternoon glass of wine in between interviews and screenings and where celebrities are swept away to their private hotel villas. Since the golden days of film when icons such as Sophia Loren and Cary Grant ruled Hollywood, the hotel has transformed into a piece of cinematic art history, mimicking the whimsical world of Venice itself.

The party was held in a small, unassuming room. One could have mistaken the door for a bathroom before security intervened. Infinite glasses of champagne and cheese-oriented hors d’oeuvres welcomed guests donning sharp suits and beautiful gowns straight out of a school girl’s prom dress sketchbook. Galavanting past the cheese and glamor, the room stretches outside with the perfect view of the Adriatic Sea, sealed away by a few bushes and white umbrellas. Unlike other celebrity-centric functions, swarmed by paparazzi and protective publicists shielding their talent, this celebration was formal yet remarkably casual despite its A-List roster. 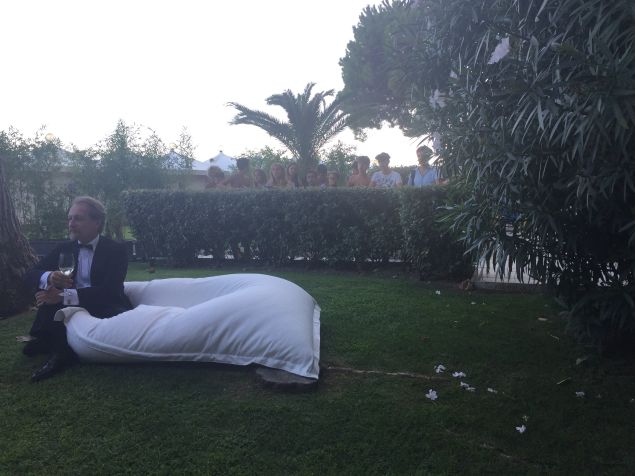 The kids want in. Jamie Manelis

Despite its exclusivity, the party alfresco attracted a few surprised hotel guests, including a group of Italian teenagers leaving the beach after an afternoon swim. They ran amuck with the fervor of animals escaping a zoo, begging other passersby for pens and paper. A few went rogue and sped past security and through the bushes in their bathing suits as men in suits sipped champagne and laughed at the young bravery. The teenagers cheered them on behind the hedge, as if it were a championship sporting event. Unfortunately, they were escorted out, but it only proved that the spirit of Italy perforates even the most protected of Hollywood. 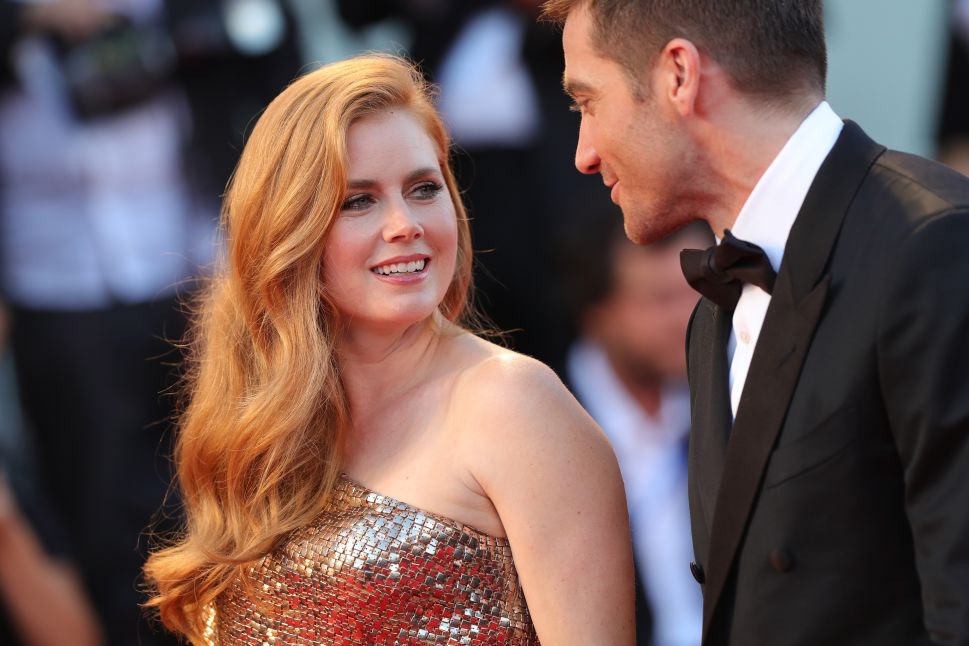