While being prepared for the launch of an Israeli Satellite scheduled for this weekend, SpaceX’s Falcon 9 rocket has been destroyed along with its expensive payload at their Launch Complex 40 at Cape Canaveral due to an explosion that apparently occurred during a static-fire of the rocket’s engines.

Our source called us from inside Kennedy Space Center just a few miles away and described the chaos in the minutes following the explosion. “Watched second stage explode and the surrounding tanks are still blowing up now,” they explained while rushing out of their offices. The rocket exploded at 9:07AM ET.

NASA staffers were told that they are testing toxicity levels in the air and should stay inside their offices. Evacuation of the entire facility was not necessary, our source said.

“My initial thought was the building had been struck by lightning but the sound was a lot deeper and the windows kept rattling for a lot longer than a typical lightning strike,” said an engineer working close by to the Observer. “When we went out to see what happened. The sliding doors at the front of the building had been knocked out of the track.”

“Initial reports indicated that there were no casualties and has been no threat to public safety,” read a statement from the Air Force. “Cape Canaveral Air Force Station Emergency Management is providing the initial on-scene response.”

In an email to the Observer, SpaceX communications director John Taylor said that, “SpaceX can confirm that in preparation for today’s static fire, there was an anomaly on the pad resulting in the loss of the vehicle and its payload. Per standard procedure, the pad was clear and there were no injuries.”

The SpaceX Falcon was loaded with the AMOS-6 satellite. Built by Israel Aerospace Industries and operated by Israeli company Spacecom, it was worth around $200 million. The satellite was going to be used to expand internet access under the umbrella of Facebook’s Internet.org.

After the explosion of their Falcon 9 last summer, SpaceX was delayed almost a full 6 months before missions could resume. With the launch of the company’s first ‘reusable’ rocket slated for end of the year as well as the most powerful rocket ever built—the Falcon Heavy, there’s no telling at this point if or for how long would those be delayed. Elon Musk was also slated to unveil the company’s plans to colonize Mars in just a few weeks in Guadalajara, Mexico.

Still, the most important questions surround NASA’s commercial crew program in which the agency has contracted SpaceX to resume human launches to the International Space Station from American soil. This was supposed to begin in 2018 using the Falcon 9 rocket and Dragon crew vehicle. A second incident raises concerns for astronauts that will fly on those missions. 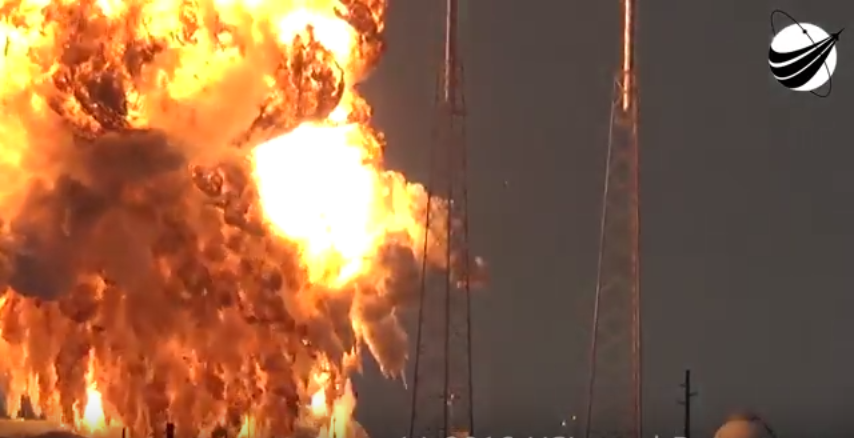