My wife and I stood out among the throngs massing into the new National Museum of African-American History and Culture on its very first day. We are white. Nearly everyone surrounding us was black.

As we walked through the displays discussing the Dred Scott decision of 1857 that essentially declared black slaves to be non-citizens with no rights, an elderly African-American woman with a  walker called out to me. “I want to speak to you.” With everyone turning around to glimpse the commotion, I stopped as she slowly walked over to me.

“I mean no disrespect,” she said. “But what would bring a couple like you, white, and obviously Jewish, and orthodox, to a museum like this on its first day.”

I could have told her that I have had a lifelong relationship with the African-American community. That from the time my mother was in a deteriorating marriage when I was a small boy in Los Angeles, her close friend was a black woman who worked with her as a teller in a bank and offered her emotional and moral support.

I could have told her that at Oxford University I appointed the first ever African-American non-Jewish president of a major Jewish organization when Cory Booker, now a Senator from New Jersey, became our student leader.

I could have told her that I was the first white morning radio host on America’s legacy black radio station, WWRL 1600 AM in NYC, where I commandeered the air waves with my co-host and soul-friend Peter Noel.

I could have told her that I had taken the Rev. Al Sharpton to Israel on a solidarity trip right after 9/11, or that I had had the privilege of speaking at the Martin Luther King Chapel at Morehouse College in the presence of Coretta Scott King, or that I had been terminated from a prominent radio position in Utah after I stuck up for African-American evacuees of Hurricane Katrina who were ridiculously given a curfew on an army base to where they were moved after their homes were destroyed by flooding.

Or I could have told her I was Michael Jackson’s Rabbi and one of the prize possessions of the museum’s collection was his fedora (which oddly resembles a Rabbi’s hat).

When the Holocaust museum was built in 1993, there was the hope on the part of the Jewish community that it would not become the Jewish museum. That it would tell a universal story that applied to people of all races, all creeds, all religions, and all nationalities. And with the Holocaust Museum now being the second most visited of all Smithsonians, that objective has been achieved.

The same is true of the new Smithsonian Museum of African-American History. It is a museum that belongs to all Americans and tells the story of our nation as a whole.

Being there on its first day was a privilege.

The museum is beautiful and breathtaking, utterly comprehensive and thorough. It packs into its golden metal grating so much American experience that one feels transformed upon emerging.

I am a lover of history and the museum overwhelms you with its sheer richness of detail and artifacts. Here is the story of how slavery came to the new world. How sugar was treated as gold and how King Cotton claimed many subjects, but mostly those with dark skin.

The museum is America at its bravest and boldest, because it pulls no punches in exposing America’s sins. In this respect, America has replicated Germany’s willingness to tell the story of the holocaust even as it shames the country to its core.

Slavery was the great American abomination, segregation its evil cousin. The museum demonstrates both in all their ugliness, including the stone block from which human beings were sold as animals and babies were ripped away from their mother’s breasts.

Perhaps the most famous of all the museum’s artifacts is Emmet Till’s actual casket. The casket today lies empty, but in 1955 his mother insisted that it remain open so that the world could see the barbarity to which her son had been subjected by Southern racists. The room holding the casket is a shrine and those of us who walked in became more serious and somber with every step.

I was slightly disappointed in the civil war part of the museum, finding it much too brief. America has debated whether the war was about states’ rights or slavery and I was hoping for a more definitive statement about the war and its cause: undoubtedly slavery disguised as states’ rights.

But for that rare omission the museum sparkles in every way. Here is a bucket where Martin Luther King placed his feet after another scorching march. Here are the cleats worn by Jesse Owens when he obliterated Hitler’s ideas of an Aryan race of supermen, undone by a black man more gifted than anyone the Fuhrer could put up against him.

It was nostalgic to see the sequined jacket of Michael Jackson and his fedora. It made me think of the tragedy of his life and the utter sadness of his passing. And yet, in 2009, he was arguably the most famous entertainer on earth, Muhammad Ali was the most famous athlete, Oprah Winfrey was the most celebrated TV host, and Barack Obama the most powerful man on earth.

In other words, for all the tragedy and heartbreak conveyed by the museum as to the African-American experience, there is also a story of great triumph.

And as I left the museum, I thought of the black woman who had stopped me as I walked in at first. She had wondered why we white folk, Jews, were at the museum.

I was there to learn.

For all its success in attracting a vast number of non-Jews, the National Holocaust Memorial Museum is still treated in many respects as the Jewish museum on the National Mall, given that six million victims of the holocaust were Jews. But it is only a story of tragedy. Pure, unrelenting, unremitting sorry.

I’m not complaining. The Holocaust museum is a miracle and one of the best in the world at conveying man’s capacity for inhumanity to his fellow man.

But I did find myself wishing that the story of the Jews could also be told in all its tragedy but matched by triumph. That after falling into pits of indescribable despair, there is still a glimmer that one day things will be better and man will discard hate and embrace love.

Shmuley Boteach is founder of The World Values Network and the international best-selling author of 30 books, including Wrestling with the Divine and The Fed-Up Man of Faith. Follow him on Twitter @RabbiShmuley. 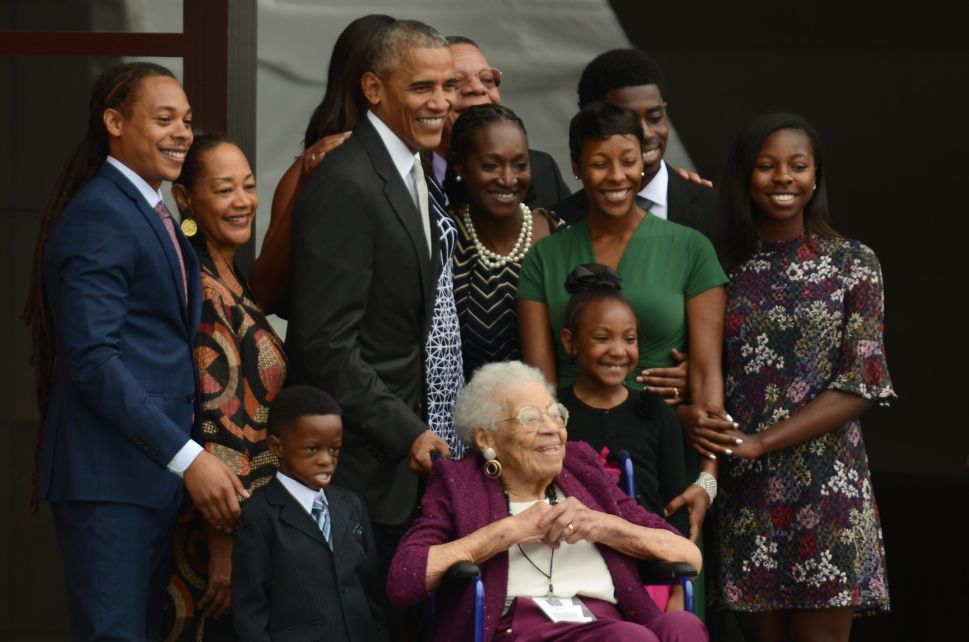