It’s easy to vow that you’re going to crush a terrorist group into the ground. It’s much more difficult to explain—in well-reasoned terms that simultaneously give hope to those threatened by terror while not giving ammunition to those who would harm us—how you’re going to make a terror group a footnote of history instead of global player.

Sure, you don’t want to reveal too much to America’s enemies on the campaign trail. When then-San Francisco mayor Dianne Feinstein announced in 1985 that authorities were looking for a certain sneaker worn by “Night Stalker” Richard Ramirez, the serial killer promptly threw his incriminating footwear off the Golden Gate. It’s a pertinent true-crime lesson for those talking terror: You want the public’s assistance in catching the perpetrators, but you don’t want the terrorists to know exactly how you’re going to catch them lest they destroy that critical link. But you can outline the infrastructure improvements needed in the modern war on terror without betraying the specifics of tracking the terrorists.

Voters should be asking what a candidate would be doing to stop terror in six key components:

Intelligence It’s not just a matter of clandestine human intelligence on the ground. Would-be terrorists in the United States have been caught by agents posing as kindred spirits online. Plans and tools for terrorists such as pre-programmed GPS and software are being passed around via the encrypted “dark web” that has proven vulnerable to the finest anti-terror hackers. Ensuring that the intelligence community doesn’t operate at the whim of the political winds is key to luring the best talent and retaining the best minds needed for a long-term fight. What would a candidate do to boost the morale and resources of an intelligence community that is too often thrown under the bus or swept under the rug?

Collaboration A diverse intelligence community helps foster the collaboration needed to fight terror at home and abroad. You cannot have lasting victory against Islamic terror without the assistance of those in the Muslim community committed to fighting terror. This goes from the tiniest neighborhood mosque to Muslim nations that have been experimenting with what works from deterrence to apprehension. It’s not just security cooperation, but how to address problems such as kids who have been raised by terrorists or jihadis pulled back from the brink; the United Arab Emirates, for example, integrates psychologists, social workers, clerics and families into a rehabilitation program. How will a candidate plan to work with Muslim nations and vulnerable communities to benefit from alert eyes, open ears and new ideas?

Interdiction Even with an A+ deterrence program, you have to be prepared to nab those slipping through the cracks. The great danger—and admittedly the hardest for law enforcement to spot in time—are terrorists of all ethnicities born and raised on Western soil, recruited and linked via technology to a network of worldwide comrades and at-home training. We know that recent terrorists have sent warning signs that were either ignored or dismissed after investigation; the reasons can range from swamped law enforcement to reluctant tipsters. How will a candidate’s plan be tough enough to close the cracks, implementing effective interdiction strategies while maintaining crucial collaborative relationships?

Military operations When a person fervently believes a higher power is telling him to kill you, a session at a negotiation table in Vienna isn’t going to convince him to lay down his sword. Someone who wants to be commander in chief first needs to recognize that there will be times military force will be necessary against terrorist groups, particularly when they conduct massacres or occupy swaths of territory. Military might is not a strategy on its own, as terrorists—including assassinated leaders’ understudies—just pop up again like cockroaches.

Will a presidential candidate reassure terrorist groups with a politically palatable no-boots-on-the-ground promise, or does a prospective commander in chief have a plan that leaves open the possibility of military operations to be flexible with terror evolution over the next four years?

Counter-messaging The U.S. government has put some effort into countering the flood of jihadist tweets, videos, Facebook posts, magazines, newsletters, apps and more, but they’re still a few steps behind. The problem? They’re not really speaking the jihadis’ language. If the State Department tweets photos of women’s subjugation under ISIS, the ideal ISIS recruit finds it awesome instead of horrifying.

Where the U.S. counter-messages with policy and headlines, the would-be jihadis are being reeled in with slick action films and promises of a glorious martyrdom as they’re being pounded over the head with reminders of religious obligations. And with such a laser-focus on ISIS, groups like al-Qaeda have been able to spread their materials across the Internet fairly unchallenged. How will the president use psychological operations and ethical hackers along with increased cyber staffing and relationships with tech companies to get one step ahead of the torrent of recruitment materials propagated online while not restricting the free flow of information on the web?

Comprehensive nature A successful terror plan is truly global. It doesn’t neglect any region, and it doesn’t tout simple soundbite answers to complex foreign policy questions. If a candidate vows to smash ISIS, ask how he or she plans to get rid of al-Qaeda. If a candidate sees Iran-backed Bashar Assad as the only ISIS alternative, ask about Iran giving safe haven to the new generation of al-Qaeda leaders. If the goal is to stop ISIS from recruiting online, ask the candidates what they will do to stop Al-Shabaab from recruiting youths within the Somali diaspora. If they say they’re going to drone ISIS to extinction, ask what they’ll do to help under-equipped nations stop the deadliest terror group in the world: border-busting Boko Haram.

There is no effective terror plan that does not address all terror groups who, in the end, despite squabbles, will find common cause in their common enemy: us. 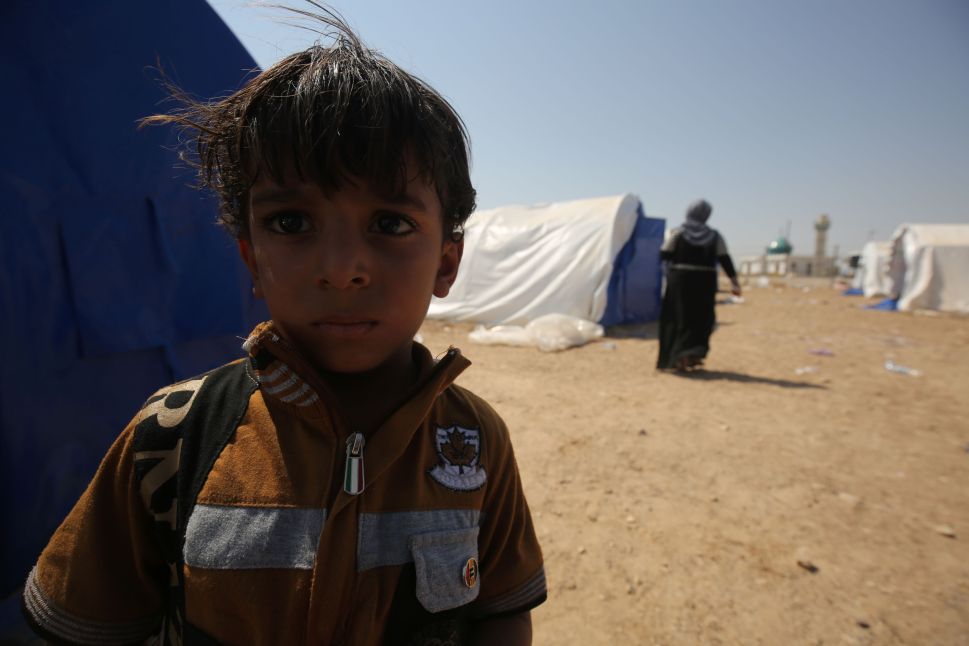