Wash.io closed down at the end of last month, with an unpaid bill for $450,000 to the contractors it short-changed. Two years before, basically the same company, Prim, failed in a similar way. Uber-for-laundry has come to sound like a poor proposition.

Yet, there’s a laundry startup that you won’t find on Crunchbase or listed on CB Insights, because it hasn’t ever taken investor money. Its founder, Rick Rome, told the Observer that its employees (with W-2’s and everything) are directly providing pickup and drop-off laundry services to 32,000 people. WashClub has been bootstrapped to building a laundry company that owns its complete value chain. Its employees get the clothes, wash, press, fold and return them. It has every piece.

The now defunct Wash.io’s staff never touched laundry. All the real work was done by contractors. Rome believes the problem for most on demand laundry companies is simple: they are trying to jam a wholesale product into a retail business.

“The reality is that if you sub someone else to do it, you better make sure the quality is there,” Rome said, “but wholesale isn’t built on quality. It’s built on quantity.”

Wholesale laundromats can wash a million towels from a gym or a pile of uniforms, but will they catch that funky stain on favorite pair or jeans or keep all your socks in the same load? Unlikely. New York’s FlyCleaners has been reported to lose entire loads.

“When you don’t control the value chain, 60 percent of the costs are going to pay for the business,” Rome explained. Meaning that if you only pick-up and drop off the laundry (as Wash.io did), you have no control over your costs from the moment you turn it over to the laundry contractor.

Rome’s business had a considerably greater upfront cost, setting up a lot of laundry machines, but now he can fine-tune that system, improve the service and enhance his own margins.

Rome doesn’t believe that laundry is like Seamless. When you want Seamless, you want it now. Laundry can have a delivery urgency more like a grocery service. You just want to be able to get it sometime that night or morning, when you can be there. The company’s software also lets users track the delivery so they have a better idea. “We’re on time 91 percent of the time,” he said.

Rome also differs from other on-demand services, in that the company actually hires employees. “I think someone who has half a foot inside a business is a half a foot out,” he said. By actually hiring people and letting them earn commissions, everyone has an investment in the strength of the company.

“I think people should have stability in what they do. They should wear their colors with pride,” Rome said.

It’s worth noting that it’s not unheard of for a pick-up and drop-off laundry company to hold on. Wash Cycle started grabbing Philadelphians’ clothes by bike in 2010, and it’s still pedaling along.

While Wash Club puts a priority on keeping its analog business tight, its digital assets have become a revenue vertical. Rome owns every piece of his company’s software. These days, its normal for one company to stitch together dozens of other companies services, as a recent episode of the a16z podcast explained, but Wash Club built and owns all its own code.

The company may eschew software-as-a-service, but it’s not above offering it. Wash Club has reached 32 cities by licensing its software to laundromats that want to be able to grow their revenue by reaching more customers rather than raising prices.

The company is now open to a venture partner, but only if it brings more than money to the table. Rome has no doubt his company can continue to grow, but additional funds could accelerate it. When this reporter last spoke to Rome, his employees were washing the clothes of about 20,000 customers. So he’s up 12,000 customers since (neither numbers count those served by the company’s software). 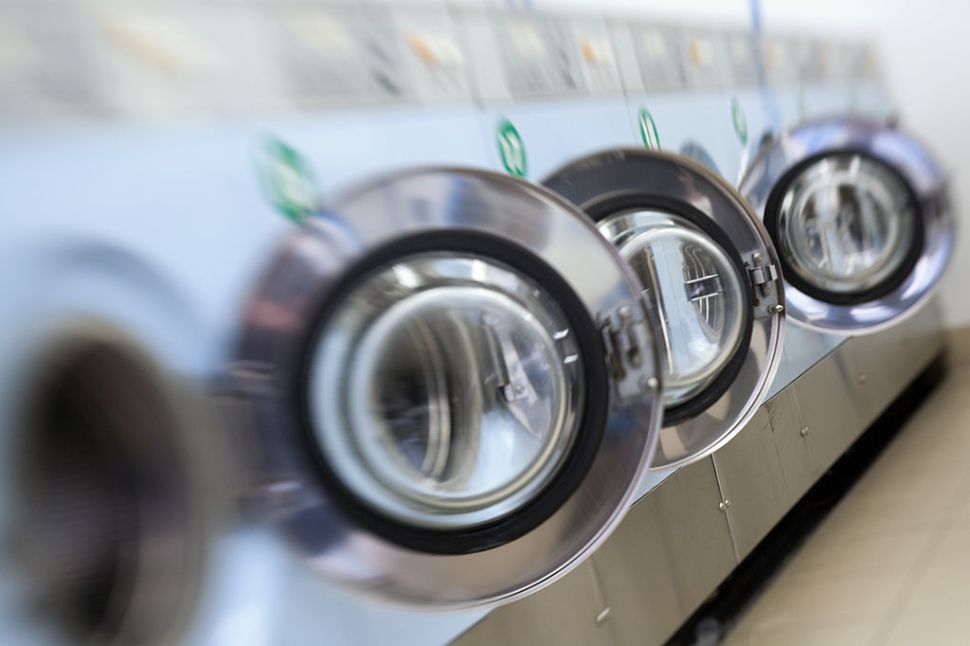 Filed Under: Business, Laundry, On Demand, uber for everything, washio