“If this is what you guys see, then this is fucking weird,” Daniel Arsham said in a documentary that debuted last night at in the lush screening room at Spring Place. The film entitled, COLORBLIND ARTIST: IN FULL COLOR, chronicles the colorblind artist’s brief quest to see color, eventually aided by a pair of light-refracting sunglasses, and his ultimate decision that he would rather see the world in its muted toned he knew for the previous 36 years of his life.

It was released in conjunction with Arsham’s first solo exhibition, which debuted last Thursday at Galerie Perrotin on the Upper East Side, where the line to see his subterranean cavern of pink-hued spheres is already wrapped around the block.

Director Megan Raney Erins hosted the intimate evening, along with Georgina Harding and Fernanda Abdalla, the co-founders of Semaine, the online magazine-meets-concept store where the half hour documentary will premiere for the next week. Also in attendance were designer Francisco Costa, who is rumored to be starting up his own label following his departure from Calvin Klein, as well as Visionaire Magazine creator Cecilia Dean, who lead a Q&A with Arsham and Erins following the film. “I think that’s part and parcel of your identity as an artist,” Dean said of Arsham’s muted, often black and white palette seen throughout his work. “I think it’s also a great way of expressing what people think of as a deficiency are actually your strengths. In the film, you talk about correcting your colorblindness, but clearly it didn’t need correcting.” 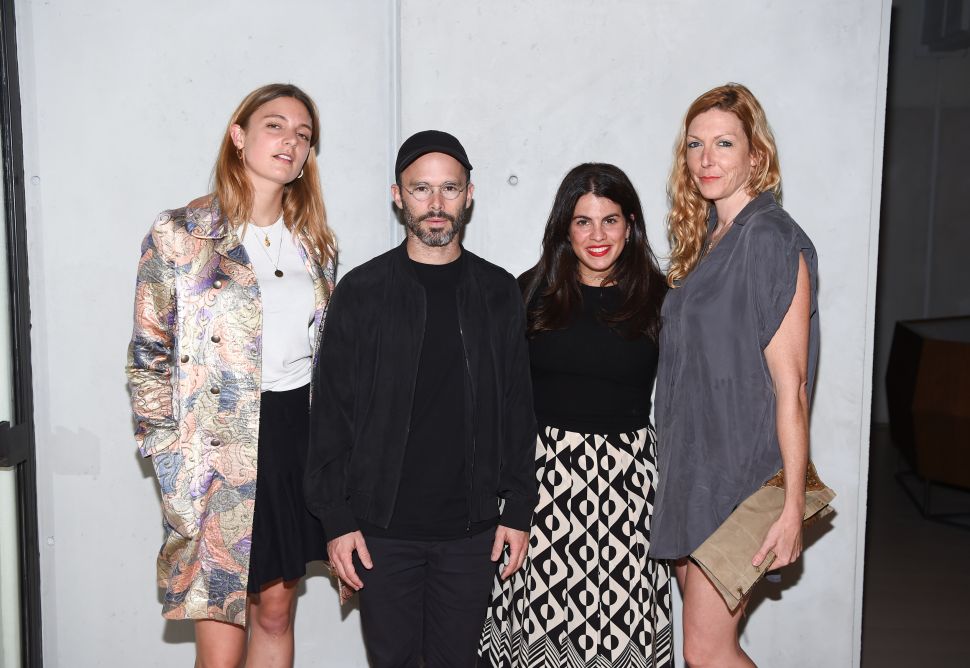