Last weekend we commemorated the 15th anniversary of the Sept 11 attacks on New York and the Pentagon that killed nearly 3,000 Americans and began our generational War on Terrorism. Amid the sad recollections and promises to win this war—the longest in American history—there’s a widespread sense that the struggle isn’t going well.

There’s good reason for that feeling. President Obama’s diffident, pseudo-war against the Islamic State is stalled, with top generals in retirement now admitting that this White House’s efforts against jihadism in its homeland are strategically deluded and militarily hopeless.

Hillary Clinton has promised more of the same failed policies, which show no sign of defeating the Islamic State, the evil ISIS, in anything faster than geologic time. For his part, Donald Trump’s aggressive talk of “crushing” the Islamic State with quick and decisive victories can be safely dismissed as just that—talk. In reality, there is no military option available short of large-scale use of nuclear weapons, which would kill tens of millions of innocents, to annihilate ISIS  in the Middle East.

Even then, inflicting nuclear Armageddon on Iraq and Syria—which is something no American president seeking to avoid war crimes and genocide charges can do—would achieve little in terms of mitigating the threat of jihadism inside the West today. A high percentage of the terror plots that are uncovered across the Western world, from Europe to North America to Australia, involve homegrown jihadists, native-born citizens and residents of Western countries. Even if ISIS disappeared from the Middle East tomorrow, the West would still be facing jihadist plots at home for years to come.

The good news is that Western intelligence and security agencies, led by the United States, have grown highly adept since 9/11 at detecting and deterring domestic jihadism. Reforms to our Intelligence Community have helped, while intelligence sharing across the West has never been better. Although America has recently had terrible attacks—namely last December’s San Bernardino atrocity and the Orlando massacre in June—since September 2001, we’ve experienced nothing on the scale of last November’s mass-casualty attack in Paris, a well-planned ISIS operation which killed 130 innocents.

This isn’t just luck. American intelligence, led by the National Security Agency, has become very proficient at tracking would-be terrorists in the ether—in emails, social media, and online chatrooms where haters with fantasies of murderous mayhem congregate—and using that technical espionage to tip-off our own FBI and partner security agencies around the world of something ugly brewing.

Indeed, the NSA-FBI counterterrorism team has become so skilled at deterring jihadism inside the United States that the main complaint of do-gooders and apologists for extremism is that Federal authorities are “creating” terrorism in order to stop it. Keep in mind that these are the very same activists who would be howling that NSA and the FBI are “useless” if we get a Paris-sized atrocity on our soil.

Now, however, the SpyWar waged against terrorists in the ether is changing, and not to the West’s benefit. Although it’s normal for the enemy to learn from his mistakes, the changes to jihadist tradecraft that we’re witnessing of late are alarming and unprecedented. A new report in The Wall Street Journal brings to light what spies across the West have been privately fretting about over the last year.

Alarmingly, ISIS terrorists have begun to demonstrate a never-before-seen level of sophistication in communications security and encryption. We’ve known for some time that ISIS has cadres of skilled counterintelligence professionals, some of them holdovers from Saddam Hussein’s nasty secret police, but this new emphasis on security is a major problem for the West.

Over the last 12 months, ISIS fighters in Europe have demonstrated a clear learning curve in communications security and encryption.

The report notes that ISIS killers communicated hardly at all in the weeks before the Paris attacks, meaning that Western intelligence had nothing to detect. And that’s just the beginning of the problem:

The extremist group’s communications, once commonly conducted on phones and social media accounts easily tracked by authorities, have evolved into a mix of encrypted chat-app messages over WhatsApp and Telegram, face-to-face meetings, written notes, stretches of silence and misdirection. These techniques helped protect attackers from Western intelligence agencies by leaving few electronic clues in a sea of intercepted data.

This emphasis on rapidly improving clandestine tradecraft, particularly in pre-attack communications, is terrifying Western security services, since it bluntly means that we will disrupt fewer atrocities “left of boom” as the counterterrorism pros like to say. “More civilians will die, it’s that simple,” explained a Western European security official who specializes in countering jihadism at home.

Over the last 12 months, ISIS fighters in Europe have demonstrated a clear learning curve in communications security and encryption. They stay offline and keep phones away unless they’re really needed—and even then they’re relying on harder-to-track technologies and encrypted apps that make it increasingly difficult for European security agencies to keep tabs on them.

The timing for this could not be worse. In Germany, domestic intelligence has just admitted that the number of potential violent jihadists in the country is at least 520—that is, a good-sized battalion—some of whom belong to ISIS “hit teams” that have been dispatched to the country to cause mayhem. Worse, Paris now concedes that as many as 15,000 people in France, a high percentage of them citizens, are on the radar of the police and intelligence services for their ties to Islamic radicalism. “There will be new attacks, there will be innocent victims,” admitted France’s interior minister. After jihadist atrocities like the Bastille Day truck massacre in Nice which killed 86, this is a prospect to fill France with dread.

The decreasing inability of European security agencies to detect and deter jihadists is therefore a matter of great urgency. And it will only get worse. European spy services are already heavily dependent on American technical assistance to track down terrorists. After the Paris attacks, which turned out to have deep Belgian connections, Brussels turned to NSA for help in finding the jihadists hiding in their country. Since NSA is the best in the world at this, they delivered as promised—but will they continue to be able to?

This is not idle speculation, rather a matter of life and death. Since 9/11, NSA has been the backbone of the Western intelligence alliance against terrorism. Its signals intelligence is responsible for the strong majority of successful counterterrorism operations in the West. More than three-quarters of the time, NSA or one of its close partner Anglosphere spy partners like Britain’s GCHQ, develops a lead on a terror cell which is passed to the FBI and others for action which crushes that cell before it kills. If NSA loses the ability to do this, innocent people in many countries will die.

Unfortunately, there’s mounting evidence that NSA’s edge over the terrorists is waning. It’s impossible not to notice that jihadist emphasis on communications security and encryption, which is now gaining ground, began in 2013. That, of course, is when Edward Snowden, an NSA IT contractor, stole something like 1.7 million classified documents from his employer, shared them with outsiders, then defected to Moscow.

This was the greatest intelligence compromise in world history, and countless NSA documents and PowerPoint presentations detailing exactly how the agency does its top secret business have wound up on the internet. And ISIS has clearly been reading them and learning. “Snowden got them smart about how we find them, there’s no doubt about it,” stated a veteran Pentagon counterterrorism official who’s watched jihadists learn better tradecraft with mounting dread.

It’s time for some clarity. Our ability to comprehensively defeat ISIS in the Middle East, unless we’re willing to subdue Iraq and Syria with far greater manpower and brutality then we’ve committed to Iraq and Afghanistan combined since late 2001, is nonexistent. There is therefore no military solution to the jihadist problem, no matter what TV “experts” tell you.

No Western military has strategically defeated a major Islamic insurgency since the early 1930s, over 80 years ago, when Fascist Italy pacified Libya. Mussolini did this by killing vast numbers of Libyan civilians in horrible ways—including with concentration camps and chemical bombs. No Western leader, not even Donald Trump, can get away with this in the 21st century. The sooner we accept this strategic reality, the sooner we can down to work on what we can do to defeat jihadism.

What does work is successful intelligence operations to detect and neutralize terrorists before they kill in our countries. We can inflict losses on ISIS in the Middle East, and we will with airpower particularly, but the mission the West must not fail at is protecting our citizens at home. As long as the Western intelligence alliance, led by NSA, maintains its technological edge over the jihadists, we can win the War on Terror slowly, through gradual attrition.

However, our precious edge in the SpyWar is waning fast. We are no longer winning. We’re about to hear a great deal of unwarranted praise of Ed Snowden thanks to the hagiographic movie about him by Oliver Stone that’s to be released this week. Don’t be fooled. Snowden is no hero. In truth, he and his journalist helpers have aided terrorists in important ways. Snowden and his co-conspirators have blood on their hands—and perhaps much more blood soon thanks to their aid to the genocidal maniacs of ISIS. 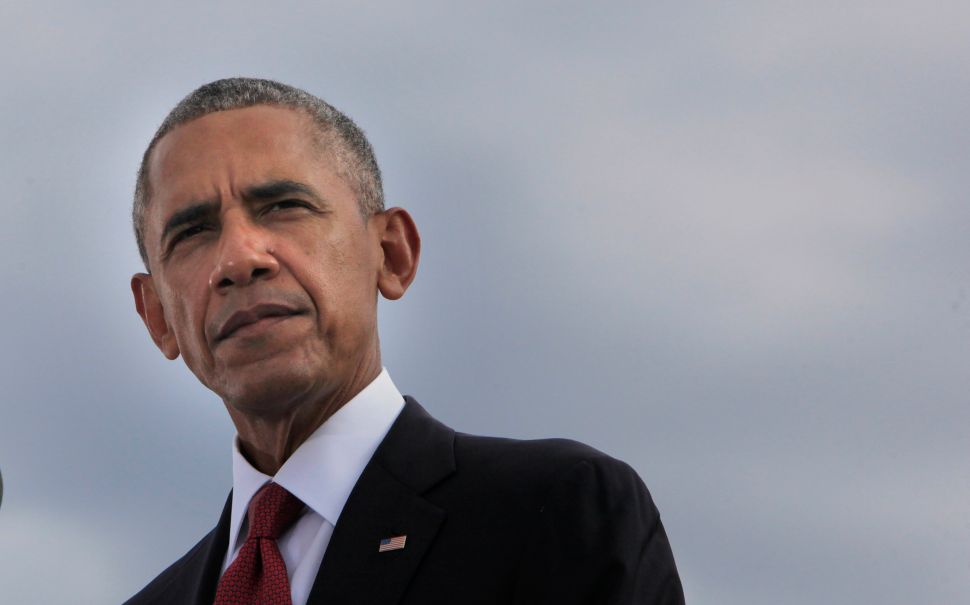