When Former Ambassador Phil Murphy—the only declared Democratic candidate thus far in New Jersey’s 2017 gubernatorial election—filed a complaint with the New Jersey Election Law Enforcement Commission (ELEC) claiming that as-yet undeclared candidate Jersey City Mayor Steve Fulop was using his mayoral account for a thinly veiled run for governor, many were left scratching their heads about why Murphy would publicly thrash Fulop with such allegations.

According to Seton Hall University politics professor Matt Hale, Murphy’s move may be a byproduct of what he sees as a competition between Fulop and himself over the same voter base.

“Phil Murphy and Steve Fulop are going after the same voters, the progressive wing of the Democratic Party,” Hale said. “Anything that Phil Murphy can do to paint Steve Fulop as an insider, as someone who bends the rules, as part of the traditional Democratic infrastructure is good for him. I think that is the motivation from a political standpoint.”

While Murphy chose to target Fulop in his complaint, the Jersey City mayor is not the only Democratic candidate who has yet to declare but is widely considered to be a primary competitor. That list is long and includes names like Senate President Steve Sweeney, state Senator Ray Lesniak and Assemblyman John Wisniewski. With Fulop on the wrong side of South Jersey Democratic Party boss George Norcross and Senate President Steve Sweeney (a Norcross ally) still on the outs with members of unions like the New Jersey Education Association, Murphy’s move begs the question of whether part of his motivation for publicizing his complaint stems from the goal of depicting himself as a viable alternative candidate for Norcross in the event Sweeney is unable to recover from his union gaff. However, according to Hale, Murphy’s motivations likely do not have a Norcross connection.

“My sense is that at the end of the day there is going to be room for Steve Sweeney plus one,” said Hale, referencing his opinion that the other candidates are largely looking at the same voter base while Sweeney taps into more traditional Democratic voters. “I don’t think or know or have not heard of any connection to Norcross pulling strings for Murphy to do this but I do think that the northern/central progressive part of the Democratic party needs to coalesce behind one candidate in order for Steve Sweeney not to be the nominee.”

Rather that a Norcross connection, Hale said that Murphy’s action with ELEC likely comes from an effort to narrow that progressive field.

“If there are seven people in the primary, the only candidate that has a true, solid base of support is Steve Sweeney. He can win with 28 percent of the vote in a Democratic primary and everyone else splitting up some smaller portion. If it is whittled down to just two candidates, it is a lot more difficult for Steve Sweeney to win. Then he has to pick up more votes than he has now,” Hale said.

“I think it comes from a place of he announced because he thought he had to to follow the rules,” said Hale

“I moderated an event with Phil Murphy prior to him announcing and he did gymnastics so that everyone knew he was not an announced candidate,” Hale said. “That signals to me that he is someone who takes these ELEC rules especially seriously. So when he sees Fulop pushing the limit on them, I think it comes from a place of he announced because he thought he had to to follow the rules.”

Hale said said the he has not yet had a chance to take a deep dive into the meat of the ELEC complaint and therefore is unsure of the validity of Murphy’s claims against Fulop outside of the political implications.

“Anyone can make an ELEC complaint,” he said. 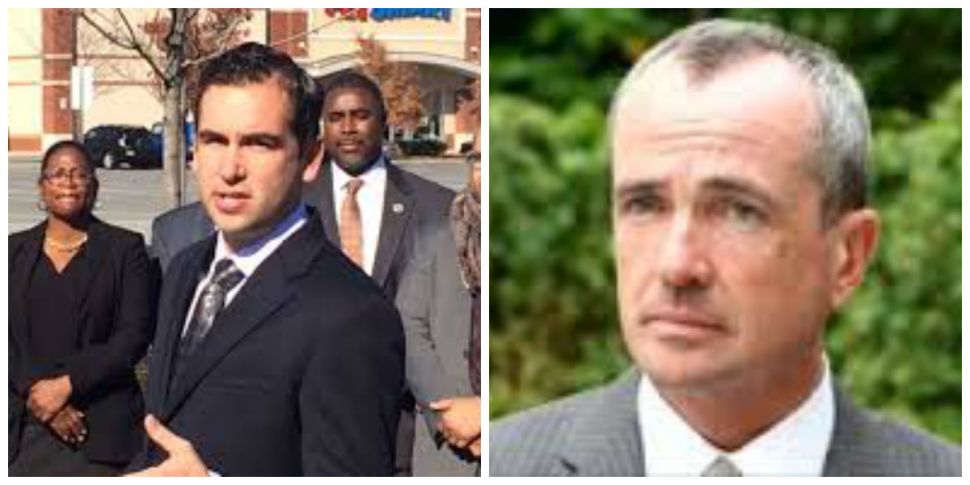