The city seemed unusually free of douchebags over Labor Day weekend, as Randalls Island hosted its annual three-day electronic music festival, Electric Zoo, and MSG hosted two nights of Kanye West. While the gathering of so many Day-Glo-wearing, fist-pumping fuccbois in two concentrated areas represented a fascinating anthropological migration, it also brought tremendous comfort to the rest of us—the streets were largely empty of bros, and New York seemed like it had some culture left, even if only for a few days.

These events were confirmation that, somewhere in life, the rest of us made smart decisions. I’m invited to Electric Zoo every year, and trying to figure out why completely baffles me. EDM, or Electronic Dance Music, is the genre most represented at Ezoo, and I’ve written extensively about my disdain for the vacuous petri-dish that grows when you get a bunch of these music fans together.

My story last march explored the growing sentiment that EDM has reached peak saturation much in the same way that disco has, and hence, will soon be played exclusively in diners, gas stations, party-supply stores and Guy Fieri restaurants. The argument was that these laptop bands had made themselves into a commodity, along with their on-stage visuals, but commodities rise and fall.

Last December I looked at the rising duo Odesza, who play EDM—make no mistake—disguised as world music, hip-hop, and other, more culturally significant genres. While I deeply enjoyed their record, talking to the duo and attending their show made me realize that Odesza’s end-game was branding. Not pushing boundaries musically, not adding anything of substance into their live performance, but building their label out and creating an “experience” that brought in substantial returns.

Contrary to how much these stories make me seem like a bitter curmudgeon, I really do love to get down. I love that moment when a musician and the audience are perfectly on the same page, riding a vibe together. I’ve seen countless electronic musicians conjure such magic—Caribou never disappoints, nor does Floating Points, Four Tet, Jon Hopkins, et cetera. If the genre label that most often gets attached to these artists, IDM, stands for “intelligent dance music,” then by contrast, EDM is already a populist field of pheromone-swapping idiots.

And EDM fans really earn the label by reveling in their own stupidity. There’s a reason you see so many young women wearing pacifiers at those shows. When you’re rolling hard enough on molly, ketamine, or whatever drug the guy from New Jersey who’s fucking your sister brought, submissiveness to sights and sounds and touch render you feeling like a baby—the precise state of mind required for a grandiose light show and accompanying subwoofer to trick your brain into thinking you’re experiencing something profound.

That’s one reason why I refuse to write about EDM anymore.

I don’t refuse in condemnation of the drugs themselves, as I’m no prude and certainly in no position to tell anyone else what to put in their body or how to live their life, but rather to protest the mass deception of quality that those drugs facilitate. I never talk about growing up in Miami, but spending the first 18 years of your life in that place undoubtedly warps you. Musically, it desensitizes you to the bombast of the sounds and you start to hear what has some modicum of creativity in the mix and what doesn’t. Aesthetically, it desensitizes you to a lot of the sensory tricks that EDM relies on to seem edgy and alternative, too—loud music, bright lights, and a sexy crowd. But culturally, growing up in Miami makes you more sensitive toward the sheer pettiness of a genre that relies so heavily on drug culture to make itself seem interesting.

This idea takes me back to senior year of high school and that bullshit Statistics class I took for the Advanced Placement credit. Few details stick out from the blur of senior year, but a gorgeous young woman Annie stays lodged in my memory. Annie was nice to me, nicer than one would traditionally expect a woman of her social station to ever be—because I let her look over my shoulder and copy my work.

She was consistently on the honor roll, and widely respected as one of the smarter popular kids at Coral Reef Senior High on her own volition, but she just couldn’t keep it together in that Statistics class. “Awe, Jus, you’re the BEST,” she’d drawl at me half-sincerely. Annie was frequently crashing in class because she’d be out all night, every night, raving her little face off. For many of us leaving home for college the next fall, the idea that we’d soon be parting Miami for the next chapter provided reason enough to experiment with chemicals, which were of an unquestionably higher grade and potency in Miami. But Annie took it to another level by rolling every night.

That much MDMA is deceptive, because in its powdered form, and purchased from a trusted source, the drug is pure and technically safe if you’re staying hydrated. The kids who were ODing and dying either didn’t drink enough  on the dance floor, or were buying some cut up powder with who-knows-what mixed in. That problem has only gotten more out of hand in the last 15 years as MDMA’s popularity has made it available beyond the “high vibe” hippie and burner communities that used to moderate quality into the mainstream, EDM scenes, where opportunistic bedroom chemists could honestly give a fuck what happens to their customers at the warehouse later that night.

Annie knew the right people, though, and they gave her the good shit consistently. Her problem wasn’t so much that she didn’t know what she was putting into her body as much as it was that she was putting it in there without discretion. Every night you roll, that bliss has to come from somewhere. The drug tricks your brain into releasing serotonin, a mood-regulating chemical typically secreted in smaller, more controlled intervals throughout your day. Like so many casualties of the club scene, Annie became a bitter zombie, as Serotonin Syndrome led to her crashing and feeling low much faster than her brain could reproduce the chemical to balance things out.

But she was beautiful, and so I, in a move that can best be described as half hormonal fantasy, half goodwill, let her copy my work. It felt like the joke was on her, because I had already been accepted into Emerson and was basically phoning it in for the rest of the school year. But the joke was really on me; Annie was just the first time that the EDM community would attempt to benefit from my work, and attempt get me to do their work for free. That’s what a publicist is doing when they pitch you their client for a prospective story, isn’t it? Temp copywriters churn out press releases like clockwork in this town, perpetuating the evil sentiment that words are and can never be anything more than content, another rant those who follow my work have read before.

So when Claude VonStroke (CVS) or Steve Aoki‘s team reach out to me and assume I’m interested in covering their clients, it tells me a few things. It tells me that they haven’t actually read my work, suggesting that they’re far more concerned with placing a story somewhere quickly than actually partnering with a writer who shares the interests and vision of that client (assuming the client has interests and vision in the first place). It also tells me that they believe a journalist’s primary MO is covering recording artists with impressive sales figures, which may be true at an outlet like Billboard, but not here, praise Yahweh.

But most importantly, it tells me that even the most vapid, brolic parasites of the music industry still rely on us journalists to make their clients seem interesting. They can call our words “content” all they want, but I refuse to make my work expendable. If I wanted to write vacuous bullshit I would’ve gone into marketing. Why should the substance of my portfolio suffer for an opportunistic interview with their client? If I had a trust fund, I likely would’ve bought a high-end mixer and a bunch of blow, too. But alas, I don’t, nor do I care who Steve Aoki’s dad is or how many of the girls from my hometown he’s slept with. Do you even read, bros?

The name of the young woman in my statistics class was changed to preserve her anonymity. 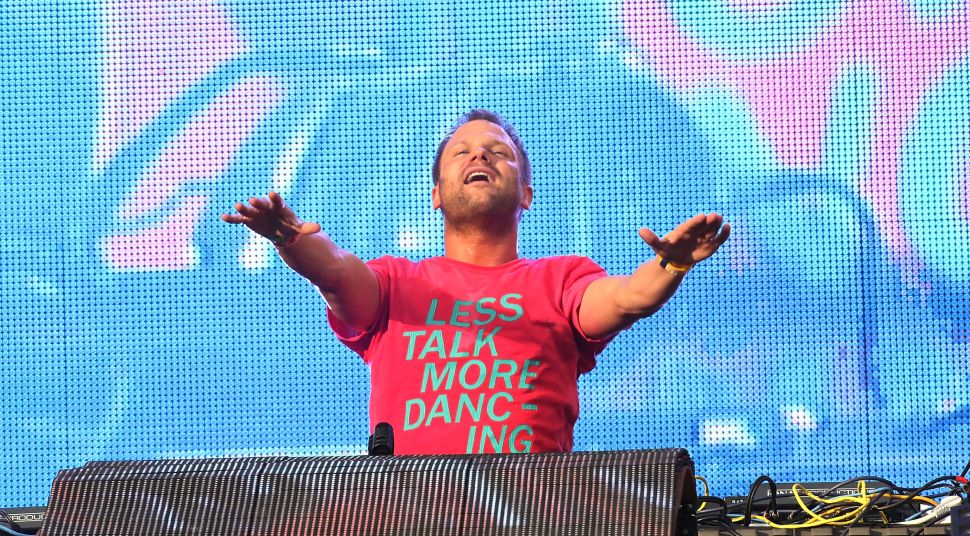