On September 7, Apple introduced the iPhone 7, AirPods and Watch Series 2. Initially its stock price rose, but over Thursday and Friday the stock dropped nearly five percent. On Thursday, Observer covered the smartphone’s release, and rightfully asked consumers (and analysts) to “show some respect” for the new hardware.

Investors, however, disagreed. Critics claim the new iteration represents a lack of innovation, and that decreasing quarterly iPhone sales will continue. Critics further contend that the lack of a headphone jack is not a sign of progress, but rather is indicative of Apple forcing its will on consumers. To some extent they are correct: the iPhone 7 has effectively rendered consumer’s 3.5 mm headphones obsolete.

While it is still possible to connect a 3.5 mm headphone to the charging port, users will need to keep handy an additional lightning to 3.5 mm headphone jack adapter. This additional cable provides a hurdle I will likely lose in quick fashion. The iPhone 7 will come with lightning connector EarPods, but these can only be used if users are not charging their phones.

On Thursday, CNBC’s Jim Cramer responded to analysts’ criticism by pointing to their age. On Squawk on the Street, Cramer said analysts do not understand why Apple’s next generation phone will sell well because they’re too old. Perhaps he’s right.

It is hard to fully explain why analysts misunderstand the iPhone 7’s allure. Perhaps what they fail to see is that Millennials don’t really require annual groundbreaking innovation. Even if the iPhone is not transformative we will still buy it. That’s just what we do. We buy the new version of things we like. The upgrade is less about the product and more about the consumer.

I am convinced that the iPhone will outperform analysts’ negative assessments. But, even if it does not, I am still betting on Apple’s stock to thrive.

Monetizing the headphone industry is not new. Apple purchased Beats (a headphone maker) for a significant three billion dollars in 2014. However, the industry is still underutilized—especially in wireless. While there are numerous Bluetooth powered headphones, the AirPods have the distinct ability to monopolize the field. The AirPods are sleek and beautiful, and have the potential to become as iconic as the current EarPods. With over one billion iPhones sold it is impossible to walk a full block or ride the subway without seeing the white EarPods wire. I predict the AirPods will soon provide a similar degree of visibility.

For the past six iPhone models, Apple effectively gave away the EarPods for free (although it was built into the iPhone pricing). Apple is doing the same thing with the iPhone 7, invigorating an iconic item, while also creating a brand new income stream.

I believe that 30-40 percent of iPhone 7 purchasers will decide to invest in the AirPods initially (as well as a portion of those iPhone 6 and 6s owners who decide not to upgrade). Considering that the iPhone 7 may sell above 75 million units in the coming quarter, even if only 20 percent of those consumers purchase the AirPods, Apple will have created over $2.3 billion of additional revenue for this quarter.

While it is true that a few billion dollars is negligible to a company that has $230 billion in cash and aspirations of a trillion dollar market cap, the AirPods should at least remind investors that Apple is hard at work.

Apple will be fine. The iPhone 7 and AirPods will be great and, as Jim Cramer will tell you, I am young enough to see it.

Disclosure: I have owned shares of Apple since 2013, and continue to increase my stake annually.

Avrahm Berkowitz graduated from Harvard Law School in May of this year. Follow him on Twitter: @avrahmi1 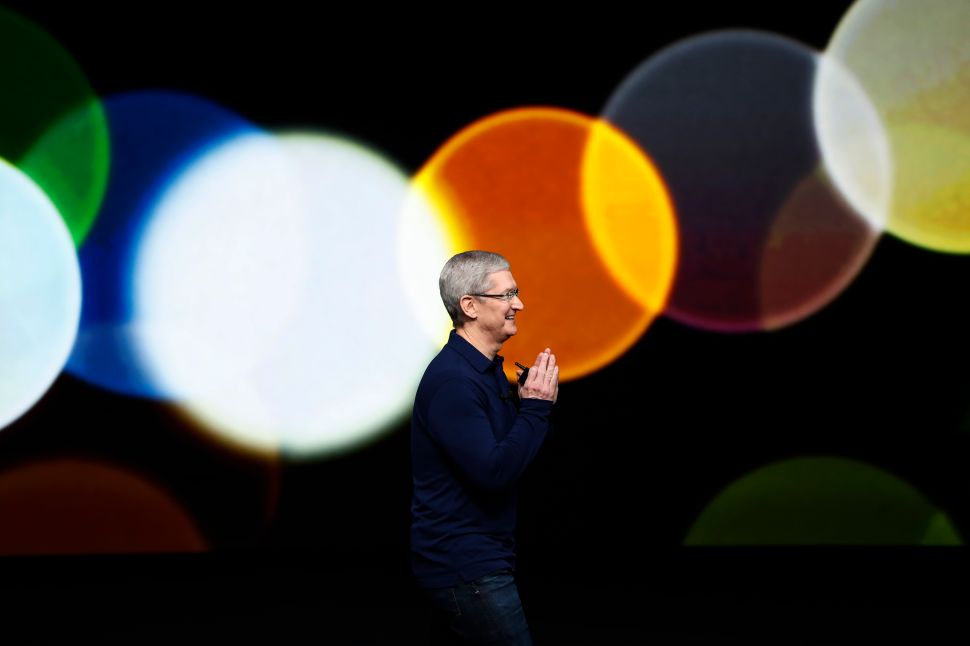