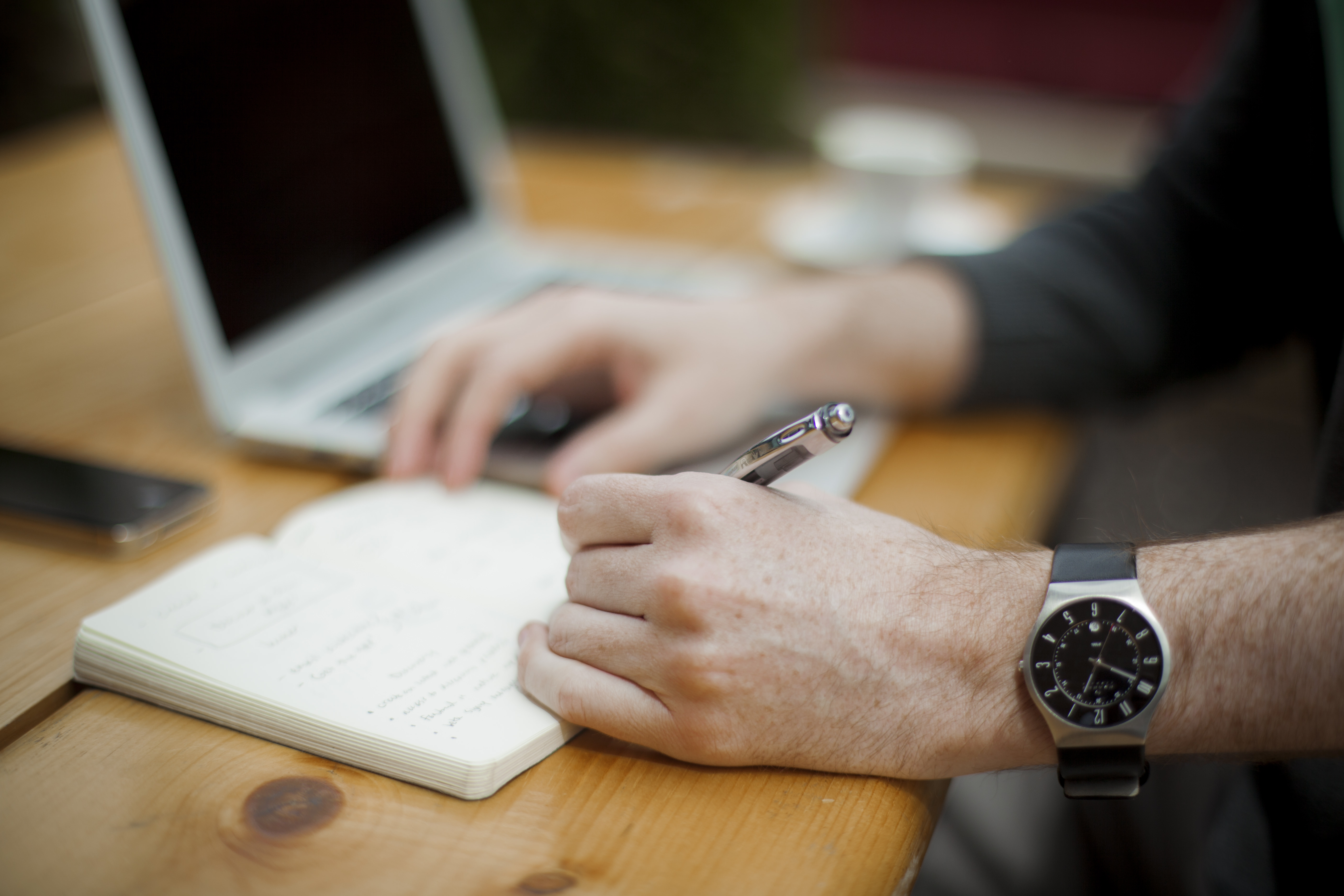 How did it get this bad? Photo: Alejandro Escamilla/Flickr

Bullshit in writing isn’t new. As William Zinsser wrote in 1976, “We are a society strangling in unnecessary words, circular constructions, pompous frills and meaningless jargon.” In 1986, the philosopher Harry G. Frankfurt lamented, “One of the most salient features of our culture is that there is so much bullshit.” And yet, somehow, it feels as if things have gotten a lot worse lately. A miasma of word pollution pervades our everyday business lives.

To better understand the situation, I conducted the WOBS Writing Survey in early 2016. Of the 491 respondents who write two or more hours per week for work, 61 percent say what they read is frequently unclear, and 82 percent agree that poorly written material wastes their time. On a scale from 1 (completely ineffective) to 10 (completely effective), they rate the average effectiveness of the material they read as a pathetic 5.4. (Naturally, they rate the effectiveness of their own writing as a 6.9, on the same scale.)

How did it get this bad?

One simple sentence explains how we got here:

We spend all day long reading on screens, and what we read is unedited text created by poorly trained writers.

We spend all day long reading on screens

Reading on a screen is hard—especially when it’s a 5-inch smartphone screen. But increasingly, computer and phone screens are what we read all day.

According to Forrester Research, among adults who are online, seven out of 10 already use smartphones. A salesforce.com study says those smartphone owners are spending 3.3 hours per day on their smartphones; 91 percent are reading email, and 75 percent are doing social networking. Forrester reports that half of them admit to using their phones in the bathroom. Is it any wonder that their attention span isn’t what it used to be?

Forrester also says that if you’re under 70 years old, you’re more likely to read your media online than in print.

What is this doing to the way we read?

The average reader spends no more than 36 seconds on the average news story, according to Chartbeat, an analytics company that measures second-by-second attention on the web.

The issue here is how reading on screen impairs concentration. Naomi S. Baron, a professor at American University and the author of Words Onscreen: The Fate of Reading in a Digital World, conducted a cross-national study on it. Of the university students in her survey, 92 percent said it was easiest to concentrate when reading material in print, compared to on a screen. As she explains, “Digital technologies are not designed for deep reading. When we use those technologies for the types of mental activity that print does so well”—especially reflective, analytical reading—“we generally don’t manage the same level of focus.”

No one edits what we read

We’re in the middle of a vicious cycle of content.

We read all day long. When we’re not working at our desks, we’re on our smartphones. The professionals in the WOBS Writing Survey said they were spending around 25 hours per week reading, counting both emails and other material.

This creates an endless demand for things to read. Certainly, media companies and social networks like Facebook aim to fill that need. But so do your coworkers. Your managers feel free to demand that you read what they’ve written. Your colleagues think nothing of sending an email to dozens or hundreds of people.

Marketers want in on this party as well. Their ads, web sites, apps and marketing emails insinuate themselves into every pixel on your screens that’s not already filled with content from media and colleagues.

The result is a constant blast of content. But that content is very different from what the previous generation of office workers consumed. Why? Let’s examine what’s different.

Think back for a moment to the world of 1980. The average consumer or businessperson at that time had no email, and there was no Internet. What we read was printed: newspapers, magazines, books and the occasional memo.

Our reading material came from media companies that mass-produced printed material and distributed it to hundreds of thousands of magazine subscribers, book readers, and direct mail recipients. Professional writers or marketing copywriters produced it. Since it was expensive to create, it went through an experienced editor who reviewed both content and language. In the workplace, executives who wrote memos had secretaries to type them, and the secretaries prevented the executives from saying anything too stupid.

The picture now is vastly different. Any idiot can type and distribute content to dozens or even thousands of people, and many do, whether through email or a blog. Most of what you read comes directly from the fingertips of the person who wrote it to your eyeballs, with no editorial process. I don’t just mean editing for grammar—no one is editing for content, either. Bullshit is communication that wastes the reader’s time by failing to communicate clearly and accurately. With no editors, clarity and accuracy are hit or miss, and bullshit is inevitable.

Marketers must now fill a vast set of communications channels including websites, emails, Facebook pages, Twitter feeds and Tumblr blogs. Inexperienced writers create much of this content and often publish it with little supervision.

Inside your company, the communication model is completely different from what it once was. There are few secretaries; people communicate directly with each other, unmediated. Your inbox is filled with a random variety of first-draft emails from colleagues, managers, HR departments and executives.

You’re a victim of the laws of supply and demand. You, and all the others millions of office workers consuming continuously on our various screens, generate an endless demand for content. The tools available now make it possible for any random person to fill that demand. Result: an endless supply of bullshit.

We learned to write the wrong way

Writing that succeeds in the cluttered read-on-screen environment of today needs to follow a different set of rules. It needs to get quickly to the point and eschew extra verbiage, as I’ll explain in detail in the rest of this book.

Is this how we learned to write in high school and college? Unfortunately, not. We learned a completely different technique, one that’s totally unsuited to reading onscreen.

A high school teacher might have 180 students in five or six classes. The teacher’s job is to prepare those students to succeed on standardized tests. That teacher was probably an English major, schooled in literary criticism.

As a student in this teacher’s class, you read and critique literature. You follow a rubric called the five-paragraph essay. The first paragraph is an introduction. This is followed by three paragraphs of argumentation and a paragraph of conclusion. There’s a set of rules for what goes into each paragraph with topic sentences and transitions. If you master this recipe, you can write a nice formulaic essay on the same topic as all the other students, which is the only thing that make it possible for that teacher to grade all those papers. Once you get good at following the formula, you can write the same kind of essays on standardized tests or College Board exams, which then get the same cursory level of attention. If you write long and use big words, you’ll probably do better. But this training won’t teach you to think very deeply or make your point in a way that sticks. As one prep school teacher, Kimberly Wesley, noted, the most salient characteristic of the five-paragraph essay is “its tendency to stunt students’ critical thinking abilities.”

By the time your essay-writing ability has gotten you into college, you’ve internalized a few lessons. One is that a longer paper will probably get a better grade. You read academic writing, which is full of passive voice and jargon, and learn to imitate it to sound smart. In a survey of Stanford undergraduates, 86 percent admitted that they used complicated language in papers to sound more sophisticated.

If you’re lucky, soon after you graduate, you get a job. The first thing they do is show you the employee manual, which is full of legalese and jargon. Your colleagues are writing long, cover-your-ass bullshit in the reports and emails you read. So you take those skills you learned in school and become part of the corporate bullshit machine.

We write the way we do because the educational system trained us to do so. But it has failed us. In the WOBS Writing Survey, only 36 percent of writing professionals said that their high school and college writing teachers had prepared them well for writing at work.

Until every writing teacher, administrator and legislator in America reads and changes the way we teach writing, this won’t be any different. But that’s ok. I’ll settle for changing you. Just recognize that what you learned in high school and college is not what you need now to write without bullshit.

Josh Bernoff is the best-selling author of four books including Writing Without Bullshit. Read his daily insights at withoutbullshit.com 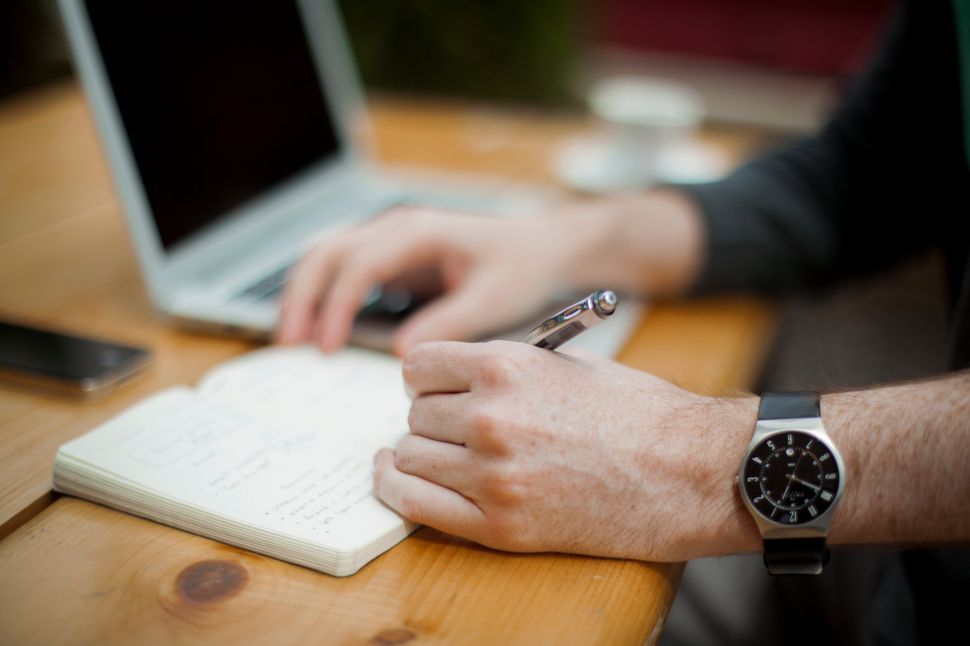