Practically every day we learn more about the Kremlin’s secret espionage offensive against our country. This week, we discovered that hackers linked to Russian intelligence have cracked into several think tanks in Washington, D.C.

This should not surprise. Moscow considers targeted hacking such as this to be legitimate intelligence gathering, and the Kremlin’s interest in behind-scenes goings-on in our nation’s capital is perennially high. Russian intelligence has spied on Washington—our leaders, politicians, and their battalions of think-tank and media hangers-on—for many decades. This is nothing new.

What is new and alarming is how brazen Kremlin spy operations against America have gotten of late. Everybody spies, but it’s usually wise to be somewhat discreet. The SpyWar is a marathon, not a sprint.

Vladimir Putin has decided that he doesn’t care we know what he’s up to. He’s thrown out the usual espionage rulebook and embraced street-fighting. Putin uses his spies to rough up Americans, the Kremlin assassinates its foes almost openly, even in our nation’s capital, while Russian hackers pillage American institutions, private and public, with near-impunity. The Kremlin even seems to be trying to tamper with our elections, which is an alarming development.

Now that Russia has decided to help Donald Trump defeat Hillary Clinton in our election, employing fronts and cut-outs to shape our election to Moscow’s benefit, the Democrats are having a collective freak-out. Team Clinton rails against the Russians and their dirty tricks almost daily now. Senate minority leader Harry Reid has asked the FBI to look into the threat of Russian interference in our elections, while House Democrats want the Bureau to investigate Team Trump’s ties to the Kremlin—and whether anybody in the GOP is mixed up in Putin’s increasingly brazen spy games.

This is appropriate, and all Americans should hope the FBI handles this investigation better than its punting on Hillary’s emails. Democrats need to avoid turning this important matter into more partisan point-scoring theater, while Republicans who value our national security more than their party should assist the FBI in unraveling secret Kremlin games in Washington.

It’s nice that liberals are finally noticing what Putin’s been up to for years.

Part of that investigation needs to be assessing how all this happened. Simply put, Moscow now has a clandestine hold on Washington that it hasn’t enjoyed since the beginning of the Cold War, when Soviet spies lurked in practically every agency and department of our government. It took years to root those moles out and that process caused political torment for the country—an ugly experience no American should seek to relive. Cleaning Russian agents out of the Trump campaign should be the first step, but many more steps must follow.

There’s no point in blaming the Russians for this mess. Of course the Kremlin is the responsible party here, but spying is what Russians do. It’s in their collective DNA. Moscow has been employing aggressive espionage operations against the West for nearly a century—moles, deception, disinformation, and Active Measures to fool and intimidate foreigners. There’s literally nothing new in any of this. The only difference is that the current boss in the Kremlin is a KGB man and he really likes to use these clandestine weapons against his enemies.

Putin’s secret offensive against the West, the serious ramping up of spying and related shenanigans, kicked off back in 2006, when Moscow decided to use its intelligence agencies aggressively against NATO, especially against what the Kremlin in Cold War fashion calls their Main Adversary (that’s America).

Distracted by his Iraq debacle, President George W. Bush didn’t pay sufficient attention to the Kremlin’s declaration of SpyWar, though by his last year in office, between Putin’s breathing fire in public and his invasion of Georgia, it was obvious that the Russian leader no longer wanted to be our friend.

That said, nearly all the really bad news about Russian espionage against America has occurred during Barack Obama’s two terms in the White House. His “reset” with Russia was terribly timed, though at least Hillary Clinton was able to assist Russia in developing the very high-tech industry that’s now being used to cyber-pillage America. True to form, the Clinton Foundation made big money off this too.

Naïve and uninformed yet supremely self-confident, Obama and his bloated National Security Council ignored repeated warnings from the Intelligence Community about nefarious activities by Russian spies against America. Back in 2012, when Obama was castigating Mitt Romney for his “1980s thinking” when the Republican presidential nominee called Russia our main geopolitical threat, Moscow was becoming exactly that.

In response, Obama did basically nothing. His two terms have witnessed the greatest intelligence disasters in American history, most of them at the hands of the Russians. In fairness to Obama, American counterintelligence has been dismal for decades, but his presidency has witnessed it fall off the cliff altogether. The Navy’s captain-of-the-ship principle applies here.

Just how much damage our Intelligence Community has incurred under Obama defies easy description. We’ve had the Snowden debacle, the biggest loss of classified information in world history. There was the giveaway of more than 22 million personnel files held by OPM, exposing pretty much every American who’s had a security clearance since the Reagan years to blackmail. The security clearance process itself has totally imploded. To say nothing of letting Russian moles run rampant in our intelligence agencies, very likely enabling Moscow to tap into our most secret government communications.

Even as unambiguous evidence mounted of how deadly serious the Kremlin was about its secret offensive against America, Obama was AWOL, refusing to seriously wage the SpyWar against Russia. True to form, Obama’s reactions were timid, hedging, and lawyerly. Putin despises such weakness so the Russians simply ramped up their operations, resulting in the awful espionage mess confronting us right now.

The hash Obama made of countering Russian propaganda demonstrates how terrible a leader he’s been. Weaponizing of fake “facts” is one of the Kremlin’s more potent weapons in the online age. However, it’s also one of the easiest to counter. Back in the 1980s, Washington became proficient at debunking Kremlin lies, and after the Russians invaded Ukraine in 2014 it was obvious that we needed to start doing that again, particularly as Moscow’s disinformation got aggressive and nasty.

Merely debunking Russian lies is defensive—nobody was suggesting we start our own propaganda scheme—but even that was too much for Obama. A year ago, a tiny effort at the State Department to counter Kremlin disinformation never got off the ground. It was strangled in the crib by the White House. Intelligence Community officials who asked what happened were informed by Obama’s NSC that what the White House demanded was “not to upset the Russians.”

There’s really no point in getting upset at the Russians for spying. That’s as effective as scolding the dog for barking or punishing the cat for playing with yarn. What does work is pushing back, actually waging the SpyWar—aggressively and imaginatively, like Russians do. That’s the only language Putin understands, and Obama doesn’t speak a word of it.

There’s no time now for partisan game-playing. The Russians are winning the SpyWar, threatening our democracy itself. All the same, we must honestly address how it got to this awful point so we can undo the damage and prevent it from ever happening again. Magical thinking won’t help here and Obama and the Democrats must accept their large share of the blame.

It’s nice that liberals are finally noticing what Putin’s been up to for years. The mainstream media is now onto obvious Kremlin espionage fronts that I exposed years ago. Better late than never. Welcome to the party, it’s going to be a long one. 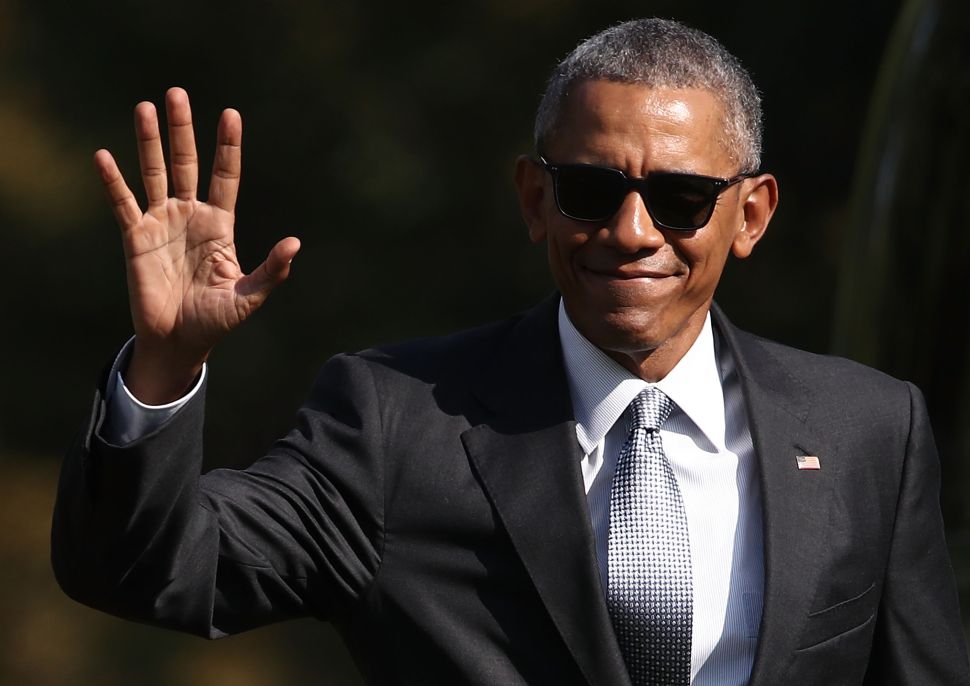