Michael Lombardi might be one of the most quiet but influential executives in the NFL. He won two Super Bowls, 30 years apart—one under Bill Walsh and one under Bill Belichick. More than just coaching strategies, he’s notorious in the league for the ideas he’s spread. He was one of the first executives to study the science of scouting players for character (detailed here in this fascinating ESPN piece). To my eternal gratitude, he’s also responsible for bringing Stoic philosophy to the NFL (detailed here in this Sports Illustrated piece), and in the process popularizing my book The Obstacle Is The Way. I was as surprised as anyone to hear that that Seattle Seahawks began looking at Stoicism because it was recommended to the by the Patriots shortly after their Super Bowl win over the Seahawks.

But it makes sense when you understand Mike. Mike has been consuming and studying philosophy for years. Through his tireless recommendations and reputation as a thought leader in the sport, he’s managed to bring ancient philosophy to elite athletes not just in football but in professional sports at large. Mike is also a former General Manager of the Cleveland Browns and has been in executive positions in teams such as the Oakland Raiders and the Philadelphia Eagles. He was also an analyst and commentator for the NFL Network and is currently working on a book, which will include lessons learned from his experience with football greats such as Bill Walsh, Belichick and Al Davis. You can also catch him at Fox Sports where he is currently a football commentator.

But instead of talking sports—which could be done anywhere—I wanted to talk to Mike about ancient philosophy and how it works as a strategy for anyone, in any career.

What was your first exposure to stoicism? How has your study progressed since then?

For Christmas one year my wife bought me a copy of Meditations by Marcus Aurelius which sent me down the path of learning more about being a Stoic. I then took the 30-day Stoic challenge as well as enrolled in Donald Robertson online class each November. It has been a gradual learning experience for me as well. Reading the works of Seneca, or Epicurus provides me with a great start of the day. In a profession that has many outside influences, it is always good to remind yourself each day to worry and work on only that you can control.

Most people would probably not think that NFL coaches would have a penchant for studying philosophy—let alone ancient philosophy. Why is that assumption wrong? Why is it important for coaches to mine ancient history and philosophy? What do they get out of it?

People involved with sports, especially football coaches, have always studied the great leaders.  And many of these Stoics are great leaders of men, therefore there is much to learn. Times may change, technology may change, issues may change, but leading, motivating does not change.  Often in professional sports people from the outside have ideas and judgments that create doubt in doing what is right—and you must learn how not to let others control your thoughts and emotions. Sounds Stoic, right?

What professional athlete or coach (past or present) best represents the ideals of Stoicism to you? Why?

Basketball great Tim Duncan of the Spurs comes to mind as a great Stoic. He was all about the team, he was mentally tough and he always was in control of his emotions and thoughts. His self-control and discipline were incredible. When he missed a tap-in during the Miami game and smacked the floor it was one of the few times he let go of his feelings. Greg Popovich who I don’t know personally appears to have the quality of a great Stoic as does Bill Belichick.  Belichick is always in the moment, always preaching to the team to worry about things they can control and don’t listen to the noise. Tom Crean the head basketball coach at Indiana is a good friend and has many great stoic qualities. His search for knowledge and improvement is remarkable however his willingness to share his thoughts and ideas is incredible.

One of the things you worked on with the Patriots was scouting for character. As Heraclitus says, “character is fate”—is that your belief too? Did you find ways to teach or build character with athletes?

I believe past performance will predict future achievement in all aspects of life. Defining character is the most difficult challenge in the evaluation process because determining character is not a direct assessment. You have to understand the culture, the backgrounds, the method a prospect developed and the environment surrounding him. It is not how it appears through my eyes, rather how he makes decisions based on his world. That requires not beginning with the end in mind when you are assessing character.

Do you incorporate any stoic practices into your daily routine?

Each morning I have a routine which includes reading and preparing for the day. Making sure I only worry about those things I can control and not let my mind race from A to G and just focus on A to B and then C.

What is one thing professional coaches emphasize with their athletes that anyone from the general public can practice today to perform better in everyday life?

Control the things you can control and only worry about them. Stay in the moment, don’t listen to the negative or the positive, be grounded and most of all keep striving for improvement. One day at time is critical and as UCLA Basketball coach John Wooden once said, “If you don’t have time to do it right now, when will you have time to do it right later?”

Do you have a favorite stoic passage or quote?

I love Seneca and love this quote by him. “Most powerful is he who has himself in his own power.”


Ryan Holiday is a best-selling author whose forthcoming book, The Daily Stoic: 366 Meditations on Wisdom, Perseverance, and the Art of Living, will be released this fall. Visit the website for more information and sign up for a free 7 Day Stoic Starter Pack. 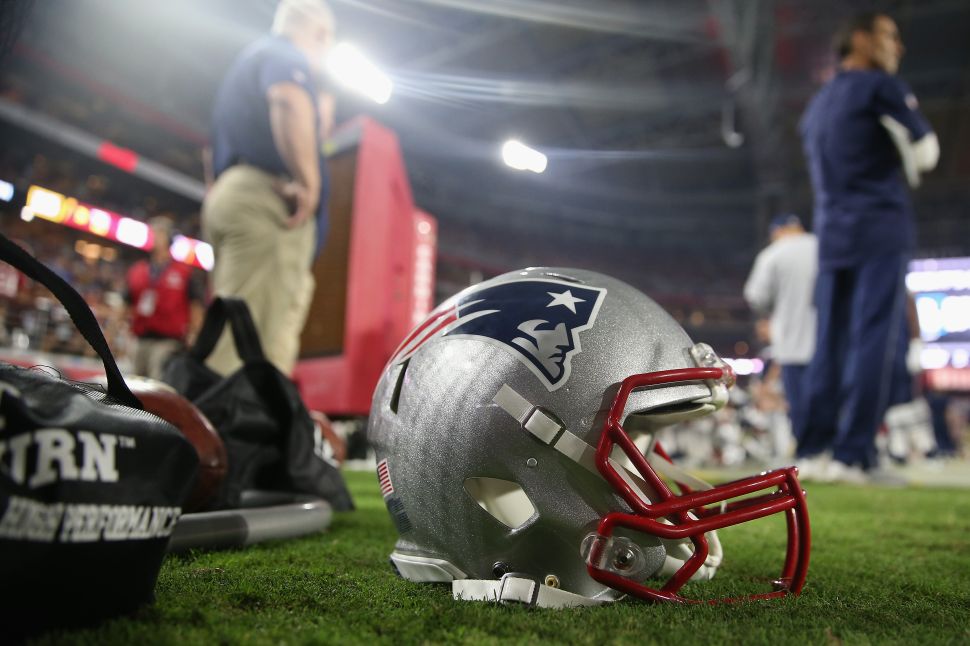