On September 13, WikiLeaks lived up to its promise of releasing more Democratic National Committee (DNC) documents. This time they were from hacker Guccifer 2.0, serving as a teaser for larger and likely more embarrassing leaks from the DNC and Hillary Clinton campaign.

Both the Democratic Party and Clinton campaign have attempted to insulate themselves from the content of the releases by alleging the hacks were organized by the Russian government. The claims are a mix of paranoia and PR/damage control, and will have enduring consequences. It may lead to what former Secretary of Defense William Perry referred to as a drift back into Cold War mentalities.

The leaks include more evidence of overt corruption within the DNC. One email dated May 18, 2016, from Jacquelyn Lopez, an attorney with the law firm Perkins Coie, asked DNC staff if they could set up a brief call “to go over our process for handling donations from donors who have given us pay to play letters.”

Included in the leak was a list of high-profile donors from 2008 and the ambassadorship they received in exchange for their large donation to the DNC and Barack Obama’s Organizing For Action (OFA). Essentially, Obama was auctioning off foreign ambassador positions and other office positions while Hillary Clinton served as secretary of state. The largest donor listed at contributions totaling over $3.5 million, Matthew Barzun, served as U.S. Ambassador to Sweden from 2009 to 2011, served as President Obama’s National Finance Chair during his 2012 reelection campaign, and now serves as U.S. Ambassador to the United Kingdom.

The second largest donor, Julius Genachowski, donated just under $3.5 million to the DNC and OFA, and in exchange was appointed chairman of the FCC by Obama in 2009.

The third largest donor on the list, Frank Sanchez, donated just over $3.4 million and exchange was appointed to Undersecretary of Commerce for International Trade by Obama in 2010.

A 2013 article published by the Guardian corroborates the pay-to-play scheme this list suggests. “Barack Obama has rewarded some of his most active campaign donors with plum jobs in foreign embassies, with the average amount raised by recent or imminent appointees soaring to $1.8m per post, according to a Guardian analysis,” wrote Dan Roberts. “The practice is hardly a new feature of U.S. politics, but career diplomats in Washington are increasingly alarmed at how it has grown. One former ambassador described it as the selling of public office.”

A separate release from DC Leaks, an anonymous organization, revealed emails between former Secretary of State Colin Powell and Democratic Party mega-donor and Powell’s business partner, Jeffrey Leeds. In the exchange, Powell vents to Leeds over the Clinton campaign trying to use him as a scapegoat regarding Clinton’s controversial use of a private email server that instigated a FBI criminal investigation. “I warned her staff three times over the past two years not to try to connect it to me. I am not sure HRC even knew or understood what was going on in the basement,” Powell wrote in one email, according to The Intercept.

Another major issue brought up by the latest leaks is the media blackout on the content of what was released. Politico, The New York Times, and several other news outlets opted to report solely on the fact that there was a new leak—citing a statement from DNC Chair Donna Brazile, who claims the DNC is the victim of a Russian cyber-attack—without delving into the specifics of the content.

The recent leak teaser from WikiLeaks and Guccifer 2.0 serves to show how extensive and far back the documents obtained in the hacks go. While no emails were released in this latest release, the documents to come will—at the very least—shed further light as to the extent of corruption in the Democratic Party. 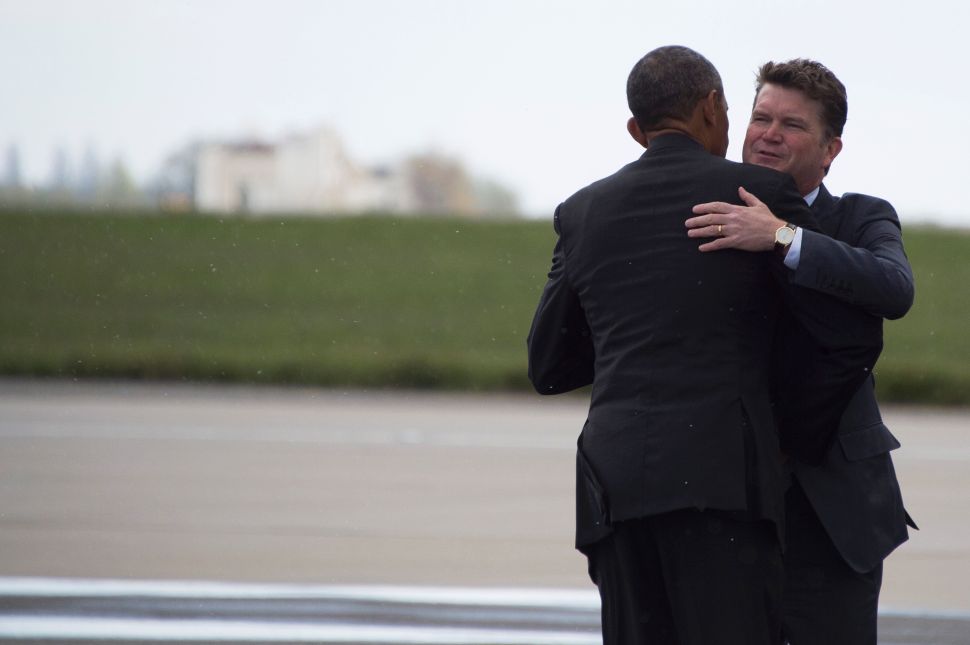