Opening: “Woman Power: Maria Lassnig in New York, 1968-1980” at Petzel
The Austrian-born artist moved to New York in 1968 and stayed for one of the city’s most fruitful creative decades ever, a time when Downtown was bursting at the seams with artists and creative spaces. While she was relatively unknown in the U.S. when she first arrived, she was nevertheless prolific during her time here, and she produced paintings, drawings, prints and animated films. Today, Lassnig’s depictions of the body and her self-portraiture have made hers one of the most influential names in contemporary painting.

Opening: “Aaron Curry: Headspace” at Michael Werner
While Curry’s large-scale painted aluminum sculptures installed at Lincoln Center in 2014 introduced his colorful, sci-fi influenced artwork to New York audiences, this show at Michael Werner will be his first dedicated show of paintings in the Big Apple. Curry’s canvases come in a variety of unconventional shapes, which playfully nod to the topsy-turvy nature of his sculptures.

Opening: “Slavs and Tatars: Afteur Pasteur” at Tanya Bonakdar Gallery
The artist collective and self-described “faction of polemics and intimacies devoted to an area east of the former Berlin Wall and west of the Great Wall of China known as Eurasia” will take over two floors of this Chelsea gallery with an installation about bacteria and microbes. A description of the show promises there will be a “fermented milk bar” serving Turkish yogurt—sounds yum.

In 1993, artist Ellen Cantor mounted a show of intentionally titillating works by female artists at David Zwirner gallery, which she described in the original show’s statement as a “contrast to the previous generation’s more politicized work.”

Opening: “Coming to Power: 25 Years of Sexually X-Plicit Art by Women” at Maccarone
In 1993, artist Ellen Cantor mounted a show of intentionally titillating works by female artists at David Zwirner gallery, which she described in the original show’s statement as a “contrast to the previous generation’s more politicized work” and lauded for their ability to “express autonomous pleasure.” Now, two decades later, Pati Hertling and Julie Tolentino are restaging Cantor’s exhibition featuring works by artists such as Lynda Benglis, Judith Bernstein, Cindy Sherman, Carolee Schneeman and many more. The redux will also include an ambitious performance schedule with works by FlucT, Zackary Drucker and Orlando Tirado and Narcissister. Show organizers acknowledge that looking back at history doesn’t come without conflict, so it may be best to look at this “survey of women” as a potent moment for reflection as well as a departure point for new generation of artists.

It may be best to look at this “survey of women” as a potent moment for reflection as well as a departure point for new generation of artists.

Event: “Town Hall: the Bronx Museum of the Arts South Wing Renovation” at Bronx Museum of the Arts
The Bronx Museum of Arts has been in the news recently for a series of high profile departures—two board chairs and six members have resigned—over an institutional partnership with Cuba, followed by equally newsworthy replacement appointments to its leadership. It seems fitting, then, that executive director Holly Block and architect Monica Ponce de Leon are hosting a public town hall meeting to go over the plans for the museum’s forthcoming renovation.

Event: “Refinery29’s 2nd Annual 29Rooms” at 8 Ingraham Street
For the second year in a row, the team at Refinery29 is partnering with artists and creatives to create a massive immersive installation for New York Fashion Week. This year’s show is bigger in size and scope than last year’s, and transforms a warehouse in Bushwick into a whimsical funhouse, with (you guessed it) 29 eye-popping, selfie-worthy rooms. It’s one of the few free and open to the public Fashion Week events, and its on through Sunday.

Opening: “Molly Crabapple: Annotated Muses” at Postmasters
Artist and writer Molly Crabapple’s series of 11 recent portraits of artistic and personal muses were created through an unconventional intimate collaboration, to say the least. The artist first collected ephemera belonging or relating to her subjects, which she followed with a series of repeated drawing studies. Finally, when their images were committed to canvas, she asked her muses—some of whom were fellows artists and journalists, or musicians and witches—to finish the work for her.

Opening: “Oscar Murillo: through patches of corn, wheat and mud” at David Zwirner
In 2014, Murillo surprised, delighted and confused New Yorkers when he transformed David Zwirner gallery into a working chocolate factory and doled out free goodies to visitors. The chocolates weren’t that good, to be honest, but the monumental scope of the gesture was certainly memorable. Here, Murillo is back in action, this time showing a wider range of works—paintings, drawings, sculptures and film—which include a room-sized maze of black paintings and a recent artist book project. Murillo will also be doing a performance titled Room Services at the New York Art Book Fair (September 15-18), so be sure to catch him live at MoMA PS1 over the weekend as well.

Talk: “Rachel Corbett: You Must Change Your Life, The Story of Rainer Maria Rilke and August Rodin”
Modern Painters magazine executive editor Rachel Corbett (full disclosure, we used to be colleagues at another publication) delves into the influential, at times tumultuous, real-life friendship between sculpture Auguste Rodin and poet Rainer Maria Rilke in her debut book, published by W. W. Norton, titled You Must Change Your Life. Her telling of their story takes readers deep into the literary and art worlds of the beginning of the 20th century, and is a must-read for history buffs. 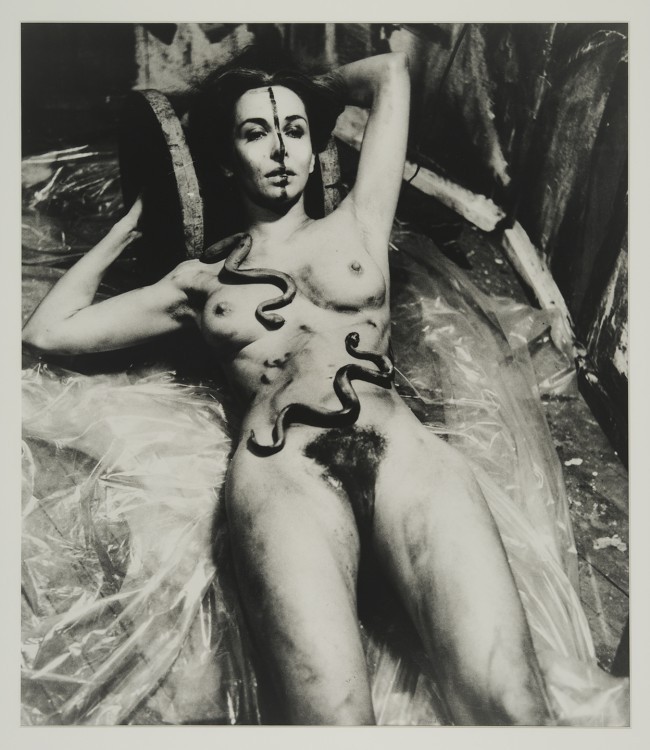