Wells Fargo CEO John Stumpf was grilled by the House Financial Services Committee on September 29 over his bank’s fraudulent and abusive sales practices. The Committee’s ranking Democrat, Rep. Maxine Waters called for the bank to be broken up because it’s too big to manage, and said the abuses were, “some of the most egregious fraud we have seen since the foreclosure crisis.”

Congressman Jeb Hensarling, Republican Chairman of the committee, told Stumpf, “I have a mortgage with your bank. I wish I didn’t. I wish I was in the position to pay it off because you have broken my trust as you have broken the trust of millions.”

“The bigger scandal isn’t the fraudulent accounts, but the massive pressure to sell product consumers shouldn’t have been buying,” said William K. Black, a former regulator who exposed the savings and loan scandal in the 1980s that actually sent big bankers to prison. Black now teaches law and economics at the University of Missouri-Kansas City (UMKC), and spoke to the Observer by phone. “We are talking roughly 200,000 people all put in fear of losing their jobs if they didn’t produce completely unworkable quotas to sell products. The vast majority of folks didn’t do this by creating fictional accounts, they did it by pushing product that you should not buy, that are bad for you, that harm you as the customer, and that would’ve been done tens of millions of times.”

The congressional panels Stumpf has been forced to appear in front of may appease public discontent toward the greed and recklessness of the big banks, but they offer no solutions in holding these officials accountable or ensuring similar behavior isn’t replicated in the future by Wells Fargo or other financial institutions. If current trends are any indication, Stumpf and his high-ranking colleagues at Wells Fargo will enjoy impunity while denying they are culpable for the behavior of lower-ranking employees.

“Prosecuting low level folks for this is a piece of cake,” said Black, who added that the focus on such people in the financial sphere in terms of prosecutions is completely ineffective in stopping crime, unfair, and is a waste of resources. “But you’re already supposedly talking about over 5,000 people, according to Wells Fargo. I would be cautious about that number, because their CFO also said the people they fired were the low producers, which is to say they were the least bad of the folks.”

Black explained prosecuting higher-level people in these types of scandals is difficult because, unlike blue collar crimes where the attorney doesn’t speak with the client until they are already arrested and in jail, white collar elites who commit fraud are afforded the advantage of speaking with lawyers in advance, and throughout the entire process.

He said attorneys provide corporate clients with a few key pieces of advice. “One is, never do anything where you say ‘I want you to do the following evil thing and in return I will do X advantageous for you.’ That is the speech that sends you to prison even if you are an elite white collar criminal. But you can send that same message through your compensation and firing system.”

Wells Fargo’s firing system was set up as a method of extortion for its employees. If employees didn’t meet sales quotas or sell bad products to customers, they risked being fired from one of the country’s largest banks, which would severely limit any other job prospects in the industry.

“The other key thing the lawyers say to do is create a blizzard of paper,” said Black. “All of this self-serving stuff; ‘You must always do the right thing.’ ‘The customer is everything.’ ‘Never do anything wrong.’ In fact, if you see anything, go to our whistleblower website. Except that it turns out many of those whistleblowers wound up getting fired.”

This “blizzard of paper,” as Black refers to it, creates a defense for top-level executives at Wells Fargo, who can point to training paperwork and memos that outlining how to do the right things—while, in reality, they push fraudulent and abusive business tactics to maximize profits.

“You can beat this, but you have to be very aggressive regulators and prosecutors,” added Black. “Go to the jury and say you are going to see a blizzard of this self-serving stuff, and we will bring in experts who say this is what to expect, it is the inevitable result of this kind of pressure and extortion of other people. But, again, you will never see the DOJ, CFPB, or the OCC talk in these terms. We haven’t seen those kind of prosecutors for 15 years—since the Enron scandal era.”

One of the major obstacles in prosecuting high-level bankers is the lack of incentives for whistleblowers, who risk being fired or retaliated against if they come forward. “Even when they bring civil action, I have not seen a single case where the Justice Department even thanked the whistleblowers. In virtually all cases they don’t even acknowledge there were whistleblowers. The CFPB, to my knowledge, never made a public call for whistleblowers,” said Black.

While a recent New York Times editorial hailed the Consumer Financial Protection Bureau as the heroes in the Wells Fargo Scandal, Black begs to differ. He says the real heroes in this case are the whistleblowers. “The CFPB didn’t personally risk anything, no one was going to do anything to them personally for taking on Wells Fargo. The employees that blew the whistle knew they were under threat of being fired, knew in many cases that their predecessors that blew the whistle had been fired, and proceeded to typically refuse to create fraudulent accounts, push back on the quotas and the idea of selling bad product to customers, and put management on notice, including in 2011. So Wells Fargo CEO John Stumpf can’t claim he didn’t know.” 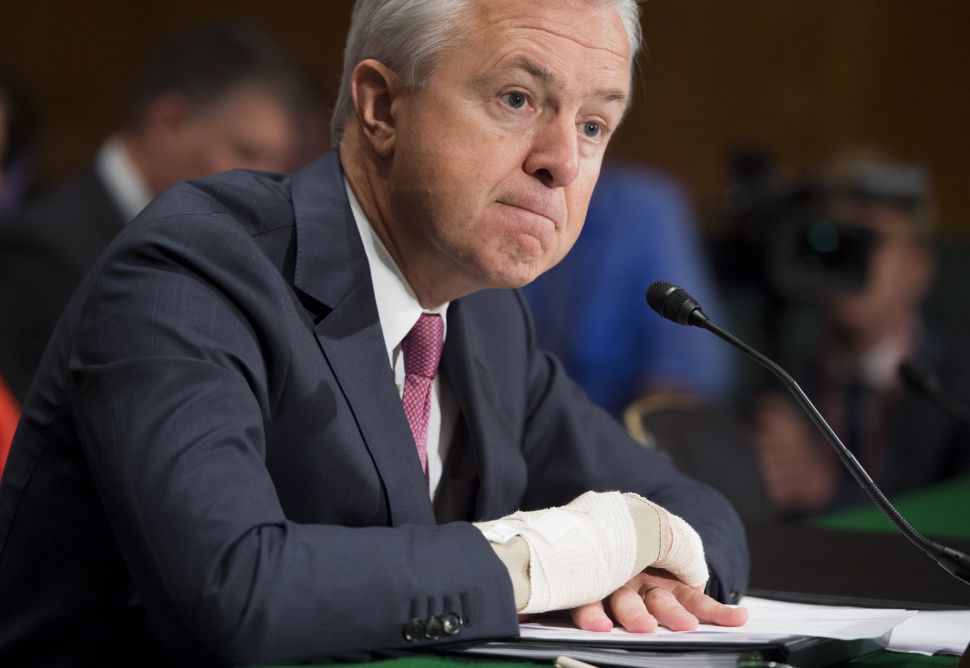