In September, payroll employment grew by 156,000 and the unemployment rate rose to 5.0% percent. These robust results provide the latest in a series of data that will be crucial in shaping voters’ opinions of the major economic platforms they are selecting between in the upcoming election. The results will also be parsed by cabinet officials, policymakers and other government officials — notably, by the Federal Reserve as it considers raising interest rates this December. The economy is almost always issue #1 during presidential elections; it certainly was in 2012. Campaign 2016 is shaping up to be no different. There has been much speculation that economic angst, particularly among white men, is driving the movement behind Donald Trump. In our election day preview, we take a look at this claim, as well as the economic conditions in some major swing states.

The headline number, aka the real unemployment rate, is one of the most important indicators during an election year. This month unemployment ticked up to 5.0%. In general, lower unemployment is good, but the rate can also rise for “good reasons” if people are encouraged by the economy and join the labor force to look for work. We saw labor force participation increase this month, which is encouraging. There are other measures of unemployment, but they cannot be compared directly to the real unemployment rate because they count workers differently. Candidate Trump, for instance, often says the “real” unemployment rate is actually 9.7%. He is describing the alternative measure of unemployment, “U-6,” which includes discouraged workers, those marginally attached to the labor force, and those who are working part-time but want full-time jobs. In other words, he is counting many gainfully employed individuals as unemployed.

2) America is getting a raise

Stagnating wages was a real source of economic angst and partially what drove the populist campaigns of Senator Sanders and Donald Trump; however, wage growth has continued to be a bright spot over the last few #JobsReports.  Over the year, average hourly earnings have risen 2.6% — workers are seeing increased purchasing power. Earlier this month, Census figures showed that Median household income rose 5.6% from 2014-2015, meaning that by any measure, Americans got a raise and are getting more money in their pocketbooks.

3) Good jobs for everyone?: labor force participation rate by race for men aged 16 and over

This graph of labor force participation rates (with rates given in percent) for men over age 16 of all races displays trends that corroborate what we know: labor force participation is unequal among employees of different ethnic backgrounds. Donald Trump’s stated goals of “unifying the nation” and removing the “crushing burden” that the economy places on Americans are not specific enough if they do not seek to address the challenges that have made access to good jobs unequal for Americans of all races.

4) Are White men more likely to be under-employed than other men?

Another source of potential angst for voters could be under-employment. One way to measure this is by looking at the percentage of persons who are part-time but would rather be full-time (that is, those who are part-time for economic reasons) as a share of the total number of part-time workers. While White men have the lowest share of part-time workers who want a full time job of all part-time workers, they did experience a 22% jump from the point where they were eight years ago. African-American and Latino men’s shares of part time workers who were part-time for economic reasons remain elevated; however, it is a positive sign that those numbers are back down to levels experienced by those groups in 2008.

5) How are the swing states doing?

As we sprint into the final month of the Presidential election, conventional wisdom suggests that local economic conditions may play a factor in the outcome of the race. Looking at six key battleground states, under the Obama presidency, all but one state has an unemployment rate that is below the national rate of 5.0%. This fact indicates robust job creation in these states, and suggests that swing state voters may not really be feeling the economic tailspin that Donald Trump has purported would drive voters away from the incumbent party and over to his side. It is interesting to note the spectrum of states and industries represented by this year’s battleground: for instance, New Hampshire, with an unemployment rate of just 3.0%, is primarily a services professions state, while Pennsylvania, with an unemployment rate of 5.7%, has a strong industrial and manufacturing heritage. A nonspecific, one-size-fits-all approach to job creation across the country will not be a panacea for any state. 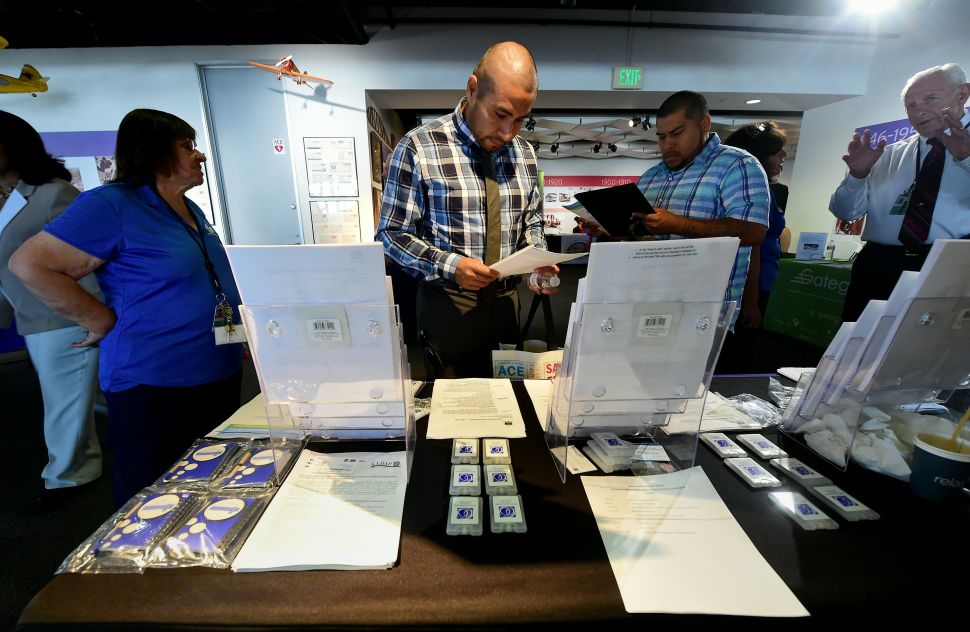