An aide to Gov. Andrew Cuomo recently—and without much solicitation—rambled that his boss was one of the most successful executives in the history of New York State. He gets things done, the aide said.

That’s been true in many, many cases. Cuomo legalized same-sex marriage his first year in office, followed it up with a sweeping gun-control bill a year and a half later and has poked the legislature to pass six on-time budgets.

READ MORE AT THE COMMERCIAL OBSERVER 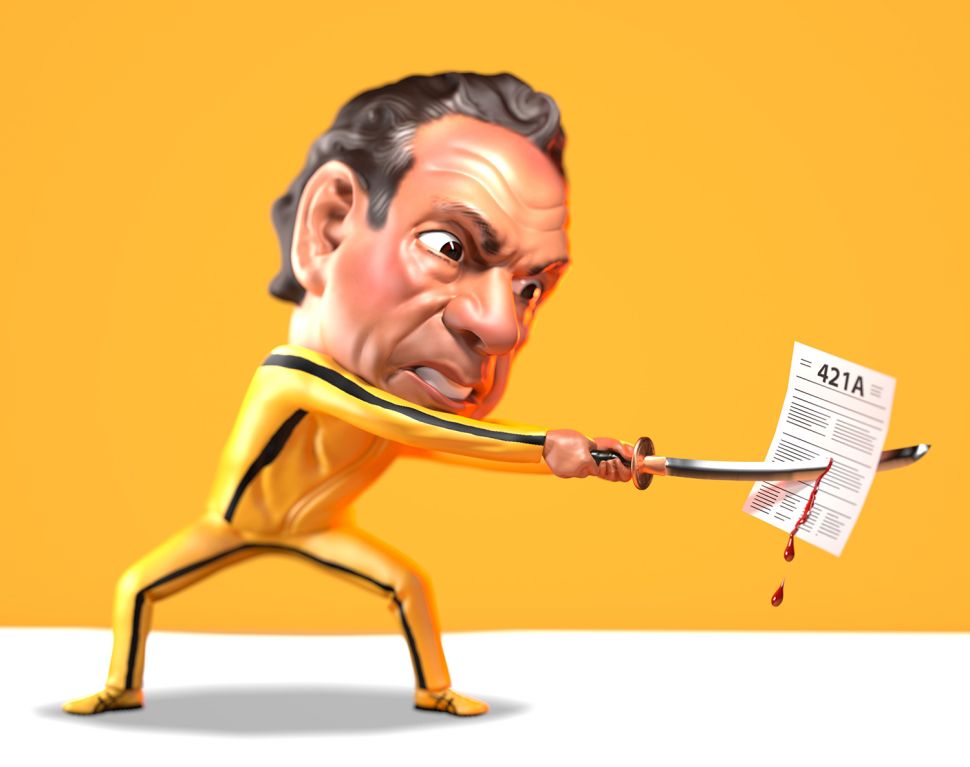