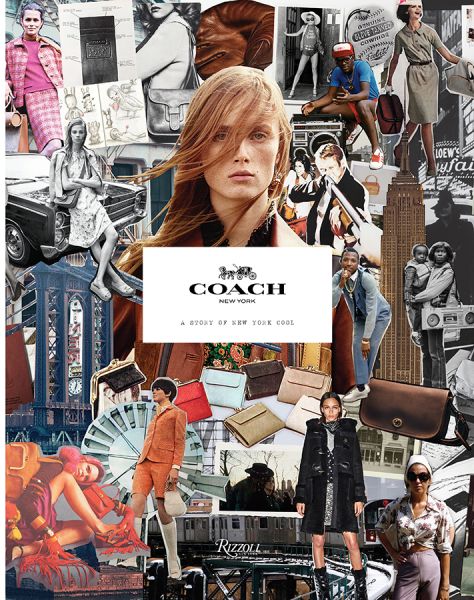 The cover of the Coach book. Courtesy Coach

Coach: A Story of New York Cool, written by Tulane University professor (and course instructor of “The History of Cool”) Joel Dinerstein, is a colorful narrative of Coach’s 75 years in the fashion and leather goods business. This isn’t so much a book about Coach’s products as it is a book about Coach’s Americana and New Yorker bona fides. As Deborah Harry writes in the book’s foreword, the purpose of this book is “seeing New York City through the eyes of Coach.”

The images are put together in scrapbook form. And they reference the time and culturally significant figures as much as it shows advertisements and product images from that period, sometimes putting photos of non-Coach wearing individuals juxtaposed against product imagery.

The effect can seem a bit cutesy, almost cloyingly sentimental. But it has the desired effect: the historic images are visual proof of the brand’s ability to tap into the sensibilities and trends of the time. And the script and typewriting typography underscore that authenticity. 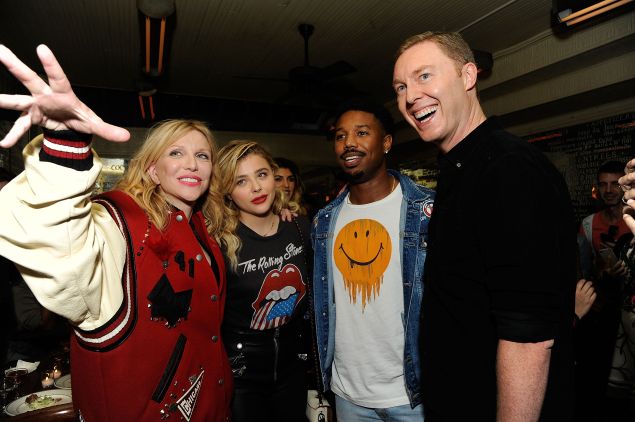 The book begins in 1941, when the company was founded by Miles Cahn in a leather manufacturing shop in Midtown. Each section is divided by decade. And, the beginning of each section features an essay written in stream-of-consciousness form–an attempt to convey the “mood” of the decade. The verbiage at times feels overly poetic, making tenuous connections between the zeitgeist of any given decade and ascribing it to the Coach brand. But the images, in particular the scrapbooked ephemera–letters, sketches, newspaper clippings–ground the poetics in reality. The most fascinating part of such ephemera are the ones written by or having to do with Bonnie Cashin, an influential designer for Coach from 1962 to 1974.

There is one consistent assertion, repeated over and over throughout the book (and indicated in the book’s subtitle): Coach is “cool.” That, through the decades, it has remained on the cutting edge, from the youthquake in the ’60s to current creative director Stuart Vevers giving the brand a luxury, fashion-forward makeover. And, as such, it becomes the tome’s overriding thesis. The idea of Coach being the epitome of cool throughout the years can seem like a bit of a reach, the kind of term used in company memos to inspire workers but not a view necessarily shared by the masses. But this book provides compelling evidence that Coach was, and continues to be, a “cool” brand.

Coach: A Story of New York Cool, written by Joel Dinerstein, and published by Rizzoli, is $75 and is available for purchase at coach.com. 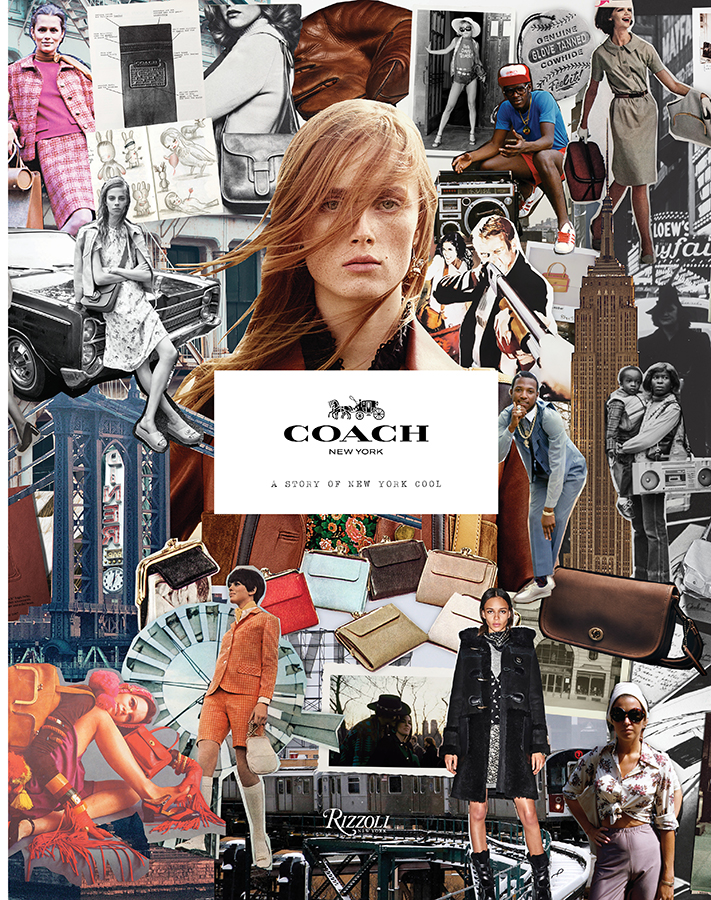