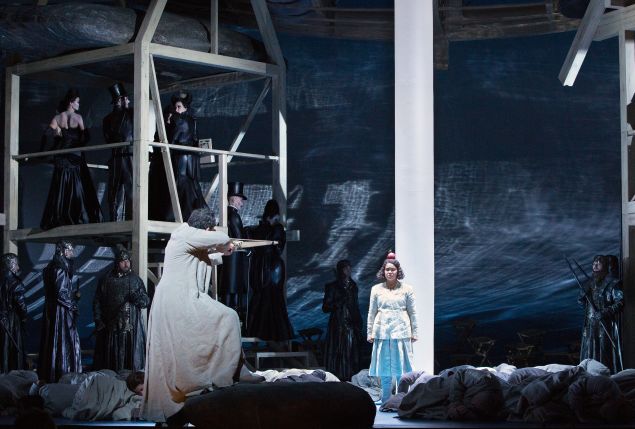 In the more than eight decades since Rossini’s sprawling grand opera Guillaume Tell was last performed at the Met, devotees of the 1829 masterpiece have wondered how the noble score would be enhanced by framing it in a lavish, exciting dramatic production.

After last night’s premiere of a new staging directed by Pierre Audi, we’re still wondering. In this director’s vision, the lofty drama of oppressed Swiss patriots launching a revolution against occupying Austrian forces looked like somebody dumped all the props from Sleep No More into a dirty swimming pool. The only way you could tell the good guys from the bad guys was that the bad guys wore glitzier bathrobes.

Audi managed to screw up even this opera’s great final reveal. In the glorious finale “Tout change et grandit en ces lieux,” a chorus of bloodied freedom fighters exults that the very landscape seems to grow more radiant in the glow of liberty. The scene wants a sunrise, a rainbow, blue skies, something big and gorgeous. Audi just lowered a giant yellow fluorescent tube, as if the victors were worried about a mosquito infestation.

Though this Tell was a heartbreaker for anyone who believes in opera as drama, it did full musical justice to one of the most challenging scores in the repertory. After a crackling account of the celebrated overture, conductor Fabio Luisi led the Met orchestra on a five-hour crescendo from the sleepy opening chorus to the above-mentioned “freedom” finale, a blaze of C-major optimism.

The big surprise among the singers was Gerard Finley as Tell, crafting a moving, human-sized performance with a less than glamorous baritone. Here was not a born hero, but an ordinary Joe with the potential for greatness. Finley’s quiet, precisely measured reading of the muted aria “Sois immobile” formed the emotional center of the evening.

In the flashier part of the Swiss turncoat Arnold—who eventually leads his countrymen to victory—the protean tenor Bryan Hymel pumped out muscular tone all night, nailing the high C’s and C-sharps that litter this score with vigor if little warmth of sound.

As his lover, the Hapsburg princess Mathilde, Marina Rebeka flaunted a bright, hard soprano that left the sensuous phrases of her opening aria sounding a little starved. The glittering scales of her second aria, though, she nailed with an almost arrogant bravura.

Among the enormous cast, two more tenors were standouts: Sean Panikkar, whose menacing snarl as the Austrian henchman Rodolphe may foretell an exciting future in Italian starring roles; and Michele Angelini, scoring a triumphant Met debut in the brief but high C-intensive part of the fisherman Ruodi.

Also delightful was soprano Janai Brugger in the role of Tell’s son Jemmy, sounding sweet and lyrical despite a getup of chin-length bob and khaki skirt that make the boy look like he was ready for a drag safari.

It’s not Brugger’s fault, of course: sopranos don’t get to select their productions. But the Met’s General Manager, Peter Gelb, does, and he needs to choose better-looking shows than this slice of Swiss cheese. 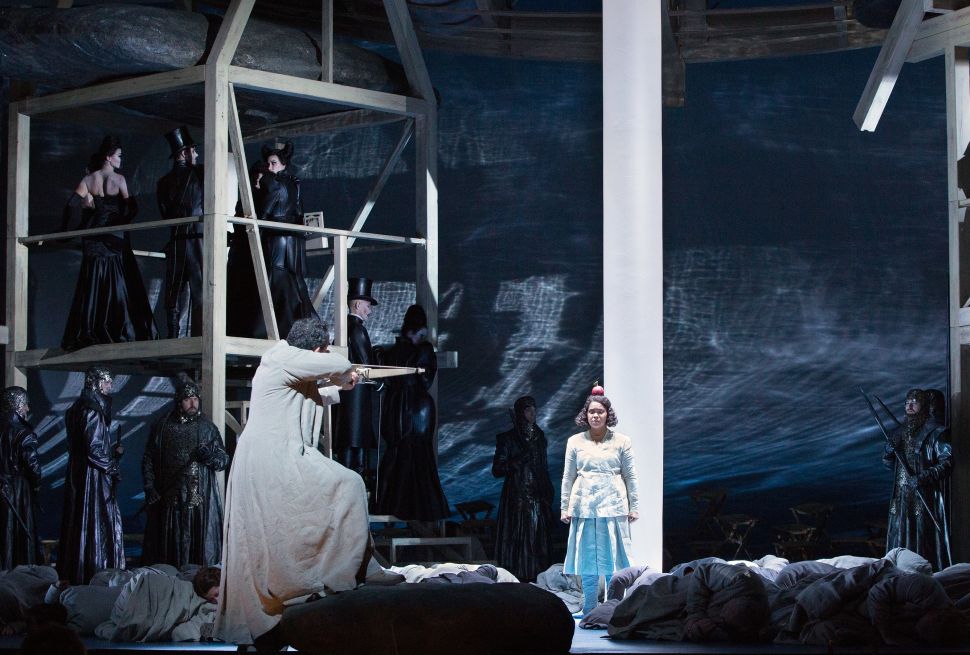