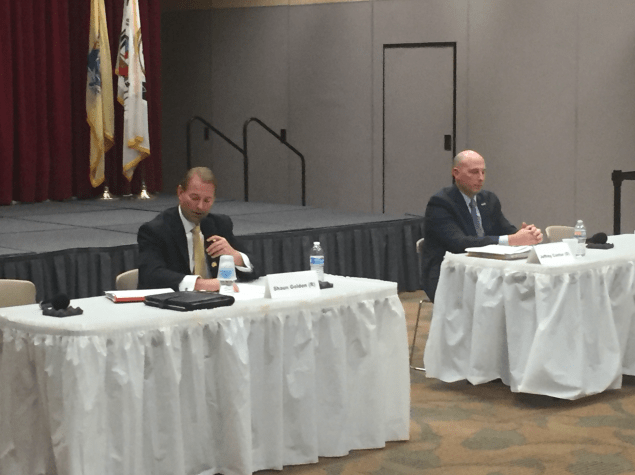 The debate was marked by Cantor accusing Golden, who has also served as chairman of the Monmouth County Republican organization since 2014, of continuing to serve in both roles despite what he called a conflict of interest. Golden, in return, needled Cantor for what he called his inexperience in law enforcement.

Monmouth County has become one of New Jersey’s biggest battlegrounds, with Republicans struggling to fend off state-level candidates like Assembly members Eric Houghtaling and Joann Downey, who took down two Republican incumbents in 2015. In an unpredictable presidential election cycle that has seen the Republican base fracture over Trump, a candidate like Cantor could have an additional opening.

Faced with a debate-goer’s question about his political activity as chair, Golden said that he and the rest of the government in the Republican-leaning county share a responsibility to spend wisely.

“There hasn’t been any conflict,” he said. “At the end of the day we have a great sheriff’s office and the freeholders have supported our efforts.”

But Cantor pointed to Golden’s ability to get candidates elected, and insinuated the potential for a profit motive in favoring certain candidates over others.

Cantor has previously criticized Golden for his $13,000 salary bump over the five years he has served as sheriff, a point that Golden has dismissed by citing state law and saying that his sheriff’s salary is within the standard of being 65 percent of the salary for a Superior Court judge.

Cantor also criticized Golden for the sheriff’s department’s continued use of a rental property on Route 33, in Neptune. He said that property is vacant 24 hours a day. Golden retorted that the property is a backup center for joint policing programs with outside agencies that generate revenue.

“It’s always locked and it’s always empty,” he said. “And the rent for that building is $100,000 a year. For the past five years, the sheriff has spent $500,000 of your taxpayer dollars to keep that building empty.”

“You know this is where the inexperience of the councilman comes in,” Golden replied, pointing to tax increases approved by the township council on which Cantor serves. 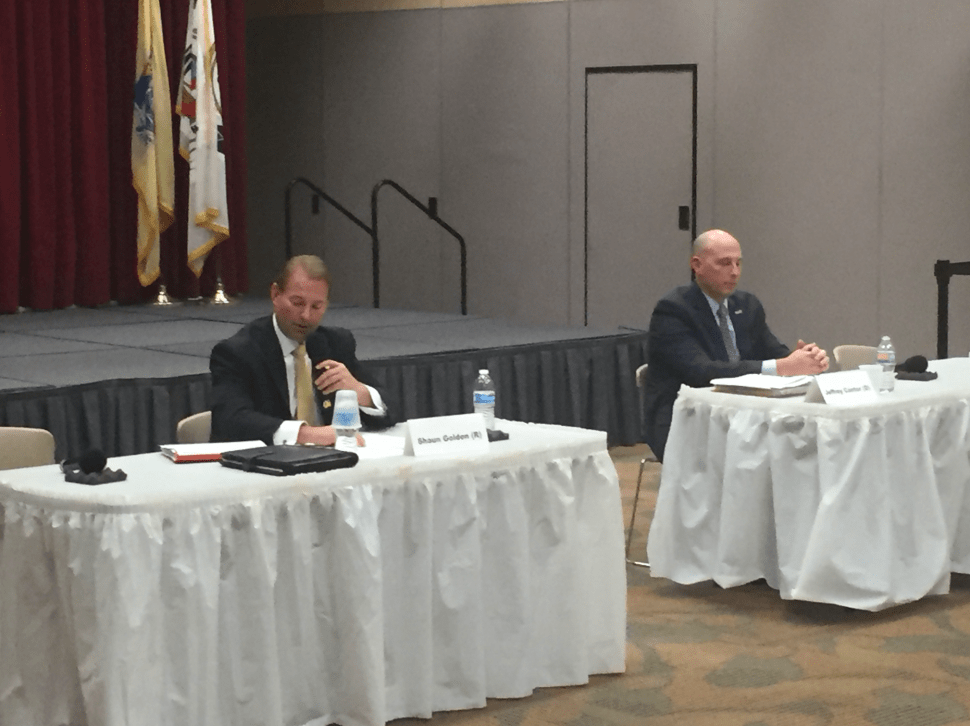