Planners of One Vanderbilt promise that the 1,401-foot tall tower will be built in harmony with neighboring Grand Central Terminal, instead of overshadowing it. One Vanderbilt will have a base largely in glass in order to preserve views of the tourist attraction and historical building. A pedestrian plaza will also create a new vantage point of the building. When complete, One Vanderbilt will be a few hundred feet taller than the Empire State Building, and should materialize in 2020. Here’s to hoping the view of the grand landmark is still 20/20. (NY Times)

A Queens woman was attacked and sexually assaulted on her way to work on Sunday morning in Fresh Meadows, by a man who is not yet apprehended. She reported that the attack came from behind, and that it resulted in rape on the otherwise deserted road between The Long Island Expressway and a cemetery. The man drove away in a black car, after which the woman continued her two-mile walk to work, and then notified her son and reported the events to police. (NY Post)

Is kratom ok? The DEA wants your opinion. Kratom is an herbal psychoactive drug that the DEA is petitioning to make a schedule 1 drug (drugs that have the potential for abuse and fatalities, alongside cocaine and heroin). But researchers working with kratom, particularly one at Columbia University, are protesting because they think that it may be a potential replacement painkiller for traditional opioids like oxycodone. They speculate that kratom’s effects are shorter and less intense, as well as less addictive, yet possibly as effective in redirecting the brain’s pain receptors. Some hope kratom research will aid in finding a safer painkiller, one that can take drugs off the market that are a player in causing the nation-wide opioid addiction epidemic. Those researching this possibility hope that the DEA does not impose the ban which would disrupt their studies. In response to the researcher outcry, the DEA is accepting public comments. (WNYC)

Ringling Bros., who retired their elephants in 2016, doesn’t want to lose any of their other animal acts. A City Council hearing on Thursday will move to ban exotic animals from being kept in “a traveling housing facility” for large parts of the day, which would effectively stymie the circus’s setup. A spokesman for Ringling said on Sunday that they plan on campaigning to educate the city about how they currently care for their animals, which include tigers and camels. The circus asks fans to let the City Council know that this is an unnecessary ban, while Council members insist that wild animals have no business being carted in and out of the big city. (NY Post)

This weekend, a full hunter’s supermoon hung over the city. A supermoon is one that’s closer than average to the Earth, making it appear larger than usual. In the month of October, the supermoon is caller a hunter’s moon because it rises 20 minutes earlier than other months, traditionally providing extra light for hunters during dark autumn days (or making it less creepy to take the dog for his evening outing). Don’t worry! If you missed this weekend’s romantic rooftop opportunity, get out there for the November 14th supermoon, which will be the closest orbit the moon has to Earth until 2034. (NPR) 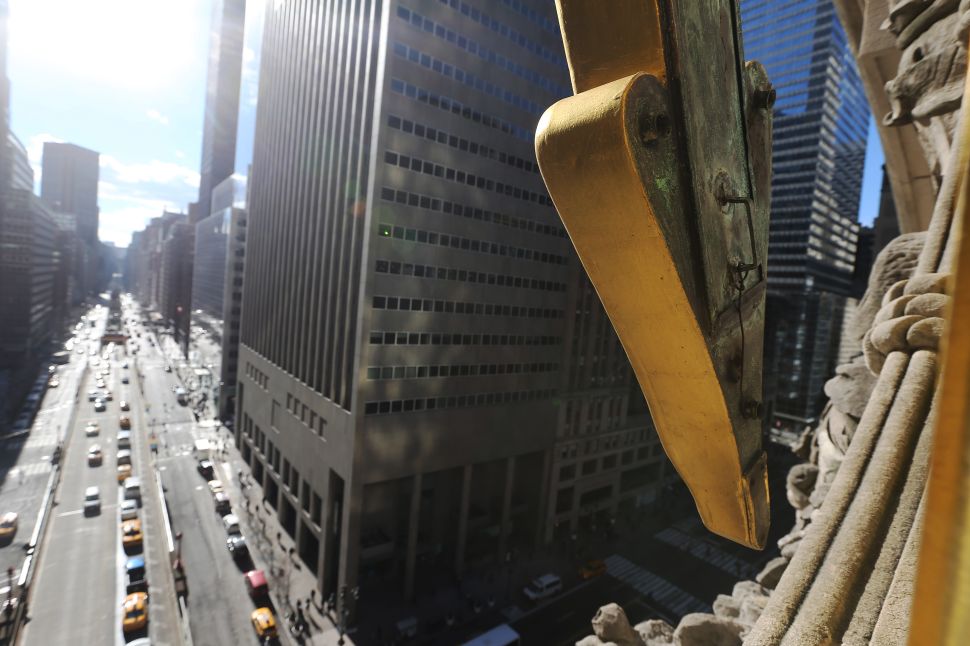