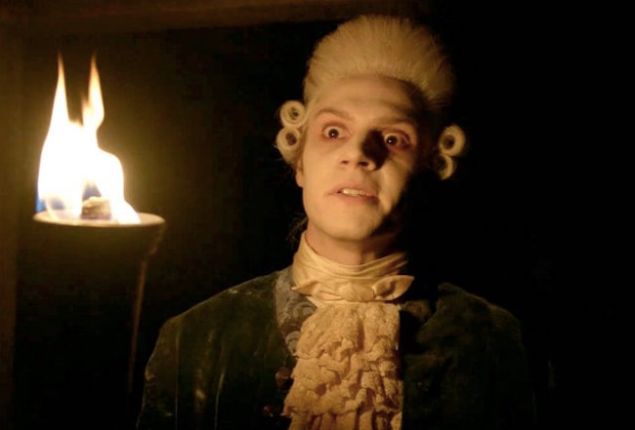 Editor’s note: It may seem a weird time for me, Drew Grant, to stop reviewing American Horror Story, seeing that Observer fan favorite Evan Peters literally just showed up. But this show…I can’t even anymore. So I’m handing the reigns to the over-qualified Tom Philip, and occasionally I’ll be popping up to add my two cents.

Well, that was sure something.

In many ways, this has been one of the more low-key seasons of American Horror Story (which isn’t saying a lot, but still). The character motivations are pretty easy to track. The storylines are, if not neat, then linear and nicely connected, and the performances so far have all been on point.

In other ways, this is fucked up and weird and makes absolutely no sense, especially if I’m to believe internet rumors about the true nature of this season. That this week’s episode seemingly wrapped up the “My Roanoke Nightmare” documentary, dispatched with The Butcher, and ended the Miller’s ordeal, there are certainly a lot of questions going into next week, which we know is due to serve up a big twist, and upend this season’s (and perhaps this series’) narrative.

Until then, though, we had another hour of Roanoke Nightmare to deal with, this time accompanied by a historian and a delightfully be-wigged Evan Peters. Let’s get crackin’.

Doris Kearns Goodwin kicks us off this week with the story of Edward Phillippe-Mott (who, we learn from our delightful, flatly-intoned historian, is the ancestor of Dandy, season 4’s psycho carnie), a dandy himself with a taste for ART (all caps, in-keeping with Peters’ performance). Turns out Edward built the house for himself in 1789 to store his outlandish collection, as well as his gay servant fancyboy. We have reached peak AHS, my friends.

Editor’s Note: How long have I been waiting for Evan Peters to show up as a queeny version of Malcolm McDowell? Officially, one whole year!

Actually I would pay to see Evan Peters remake this.

Alas, a life of posing for portraits, breathing heavily, and copper bath make-out seshes isn’t on the cards. One night Edward finds his entire art collection defaced and destroyed. He locks his staff in the basement until the “murderer” confesses, giving them a gnawed apple to share between them in the meantime. I think we’re watching the birth of the Republican party right here.

Turns out is wasn’t the staff who messed up the paintings though! It was ghosts whodunnit! It’s the blood moon tonight, see, and The Butcher has come to do two things: make a bunch of portrait frames all crooked, and kill a foppish smuglord, and she’s all out of frames. Roused in the night, Mott is dragged outside by the Roanoke ghosts and roasted on a big stick, which at this point seems to be their whole thing. Kathy Bates once again makes the most of her righteous speeches. I can’t wait for her line of audiobooks in this weird-ass accent.

SO: our twelve-minute cold open comes to an end and we’re back with The Millers, who, lest we forget, are surrounded by the ghost colony. “Deliver yourselves unto me!” wails Kathy Bates, determined to consecrate the ground with their blood to appease the old Gods, or whatever. She’s gotta kill them, is the thing.

What follows is a pretty by-the-numbers chase through a haunted house sequence, which this season has already done to death. Once again the pigman squeals and runs around without any real consequence except to show off his gross sound design, and the zombified hillbillies show up for a second. Mott shows back up as a ghost, promising to keep the Millers safe. They wander aimlessly through the woods for a while, Peters talking in his outlandish English accent, the Millers acting all scared and confused. This whole thing seems pretty… familiar. Anyway, this lasts about ten minutes.

Perhaps the most interesting sequence of the disjointed episode then follows, when Mott’s ghost leads the Millers to the pig farm where they had previously found those cute little feral boys suckling at the teat of a giant pig (you, of course, will remember this image). Turns out Frances Conroy is the cannibal matriarch of this backwoods family. She’s stored Elias up and is slowly turning him into human jerky, while expounding on morality, violence, and the ghosts haunting the land she lives on. It’s a wonderful little oasis of a performance built into a total shitshow of an episode. We can only hope she returns, which seems like a long shot, given how the hour wraps up.

Yes, Polk has obviously made a deal with the colonists, and delivers the Millers right back to The Butcher. Out of the cannibal frying pan and into the ghost fire, am I right? Shelby, Matt, and Flora tolerate another Butcher speech (while pigman watches on, happy to cede the floor for a while) and we even get a quick cameo from Priscilla, who does nothing. Gee, that storyline really went nowhere fast, huh?

Angela Bassett shows up just in time to watch her daughter get roasted by the ghosts, but she doesn’t even need to save the day. The Butcher’s son, who seemingly, after hundreds of years of supernatural murder, draws the line at cooking up a cute tween, whacks his mother in the face and drags her into the fire instead, to the absolute delight of Priscilla and Mott.

The Millers and the surviving Harris’ make their “grand escape” (Peters really rolls this “r” for dear life. This dude is a delight) to a nearby motel, and… that’s the end of the show, I guess? Shelby Miller certainly seems to believe this is where her story ends.

Editor’s Note: Though the appearance was relatively brief, Mott immediately skyrocketed to the #3 best performance from Peters on the show, right after Tate and James Patrick March. Come on, the way he talked about “let’s rrrrrrouge our nipples?” and “purple cockhair?” A+++, worth the wait. Well, not really, but I’ll take what I can get.

Next week is going to be a huge hour for the future of American Horror Story, and there’s really no telling what to expect. Something about this documentary framing device hasn’t really added up so far, we still have no idea what’s really the deal with Lady Gaga’s Woodland Goddess character, and something tells me Matt and Shelby know a little more than they’re letting on. Expect some answers, or none at all, in the coming weeks. Hell, they might drop the entire thing and start a new season for the hell of it. This is a Ryan Murphy show, after all.

– R.I.P. Butcher. You were good, weird, and there was absolutely no good reasoning for anything you did. Bet you’ll be back, though.

– Is it just me or was this episode super dark, as in, I could barely make out what was going on half the time? If you’re gonna set your story at night, in the woods, maybe figure out how to light things properly?

– Would not say no to the rest of the season focusing on the Polk family and their twisted Americana family life. American Horror Story: Cannibal Hillbillies anyone?

Editor’s Note: It’s a shame the phrase “What is dead can never die” is already taken for a house in Game of Thrones, because it applies so well across the AHS franchise. No matter how gruesomely a character is offed, there’s a ninety percent chance they’ll pop up as a ghost, balefully clanging away on their chains until Ryan Murphy’s blood oath is chanted in its entirety. 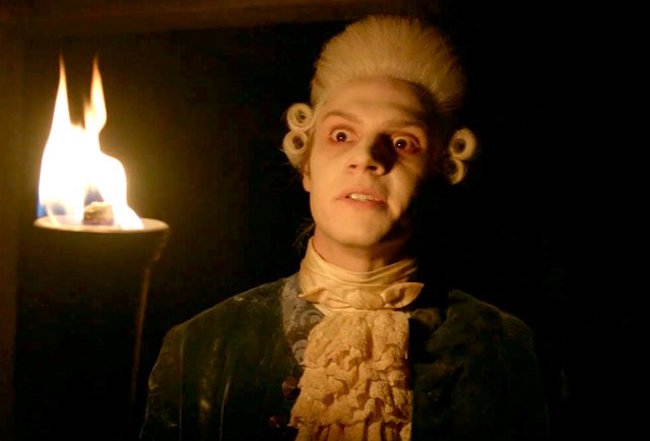