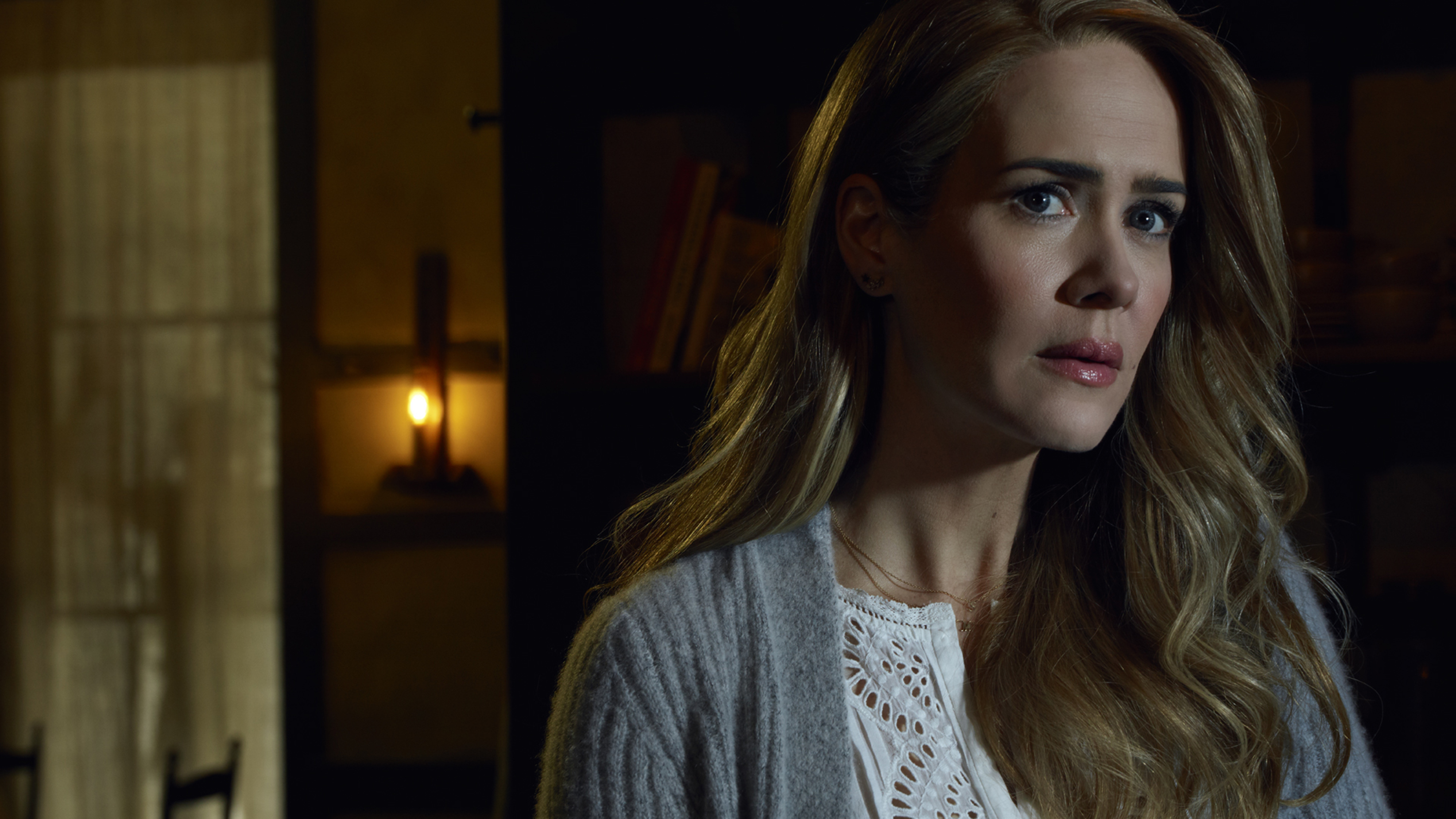 No one said this was gonna be easy.

Ever since the American Horror Story Season 6 campaign kicked off, Ryan Murphy was promising a completely different approach to the material. The teasers were shrouded in mystery, the huge majority of which turning out to be red herrings. Even after the vague “Roanoke” theme was finally revealed, we were promised a twist in episode six that would upend the entire narrative and change our perception of the show we’ve been watching for the last 5 weeks.

Well, buds, the twist is here, and in Traditional Ryan Murphy fashion, it’s good AND bad, representing a confident creative choice followed through all the way, along with a complete lack of storytelling discipline. Par for the course, in other words.

SO: Hot off five of the most shamelessly enjoyable, blessedly uncomplicated episodes of American Horror Story, we now have a whole different show to deal with. The “My Roanoke Nightmare” show has ended, and the producers are looking for a second season to match the success of the fist. (in the American Horror Story universe, “My Roanoke Nightmare” was a hit equalling Sunday Night Football and The Walking Dead. Ya should be so lucky, Ryan.) The stereotypically fiendish, careless producer, Sidney (Cheyenne Jackson) devises a whole new show: a reality show taking place in the haunted house from the Documentary, bringing together the cast of the Roanoke reenactments and their real-life counterparts. They’ll all be living together during the Blood Moon. Absolutely nothing will go wrong.

Except, it does. Over the course of the episode, some backstory is delivered via on-screen text. We find out the originally conceived series, “Return to Roanoke: Three Days in Hell” never aired, and we’re actually watching the FOUND FOOTAGE from the shoot. “Every participant in this series dies under mysterious circumstances” it promises… “Except for one”

And lo! There’s our new premise, and as played-out as found footage is, it represents a welcome, somewhat organic twist that furthers the Roanoke mythology in an admittedly fascinating way: “My Roanoke Nightmare,” in all of its success, inevitably made stars of its cast, including the real-life Millers and Lee Harris. Lee has come under serious public scrutiny, with many believing she was the one who killed her husband. Matt and Shelby have separated, with Shelby immediately having a tryst with the FAKE Matt Miller from the reenactments, which is a funny little detail.

Also, Angela Bassett is an IRL alcoholic just like Lee, and Sarah Paulson is a snob actor with a truly, truly terrible English accent. Already the world building for this all new narrative has established effective stakes and really fun, interesting character dynamics. It’s a blast seeing Lee interacting with the woman she blames for portraying her as a murderer. It’s a blast seeing Matt fighting with fake-Matt because fake-Matt forgot to fuck fake-Shelby instead of real Shelby.

With all that said, this twist also serves to highlight one of the major flaws from the “My Roanoke Nightmare” episodes, which were slow and repetitive as hell. Did we need five hours of screaming and running through the woods and the pig man popping up over and over again? We’re certainly alert to the dangers of the house and its surrounding area, sure, but considering how deftly this episode set up its premise, and how effortlessly it introduced new backstories for the cast, you’d be forgiven for going back and noticing an awful lot of wheel spinning in the first half of this season. We know this place is cursed as hell! Give us the goods!

Inevitably, the production of Return To Roanoke starts going to shit almost immediately: Sidney and his right-hand woman, Dee, discover a neatly-crafted ouroboros of unborn pigs steps from the house, and a day later a member of the crew puts a chainsaw through his own neck. Ugh, interns. These unnerving events are kept from the cast, but Mike, Shelby, and Lee are already on red alert, knowing all too well the dangers of what could (and will) happen over the coming three days. Of course, the actors in the house are less than convinced, having spent weeks shooting in the exact same house over the summer. Good luck with that, guys, see ya when you’re dead as hell.

– R.I.P. douchebag redhead Evan Peters, who currently holds the record for onscreen deaths this season at 2. Also, his fake accent was way better than Sarah Paulson’s. You will be missed by me, your British wife, and my editor Drew Grant, who will probably write more about you directly beneath this passage.

Editor’s note: I’m sorry, what made Rory a douchebag, besides his character’s name being Rory? (This was important because those crazy nurses finally got to spell “Murder” as part of their ongoing human Scrabble tournament.) His red hair? His lack of accent? When he breaks up the fight between Fake Matt and Real Matt? That he is attracted to older women and has kind of goofy-stupid (but obviously, super adorable) wedding vows that include the phrase “super hot?”

I would argue that the letdown of this episode wasn’t that Rory was a bad guy, per se, just a bad character. This was just “Evan Peters with red hair.” Not that there’s anything wrong with that! Evan Peters is the best person! THE. BEST. PERSON. But is Evan Peters playing himself with red hair as interesting to watch as Edward “Let’s rrrrrouge our nipples!” Phillipe “by your purple cock hair!” Mott? Nope. Sorry! But not sorry! Evan was wasted this season, but that one episode as Mott made it all kind of worth it. KIND of. As I told Tom over an extended, one-sided text tirade on Tuesday, my relationship with American Horror Story is a lot like the one I had with my first college boyfriend. Like, he was super inconsistent, only stuck around for a couple months, and had far too many intense fan girls for me to ever be really comfortable, but he was so hot and charming that it made me pathetically grateful for whatever, late-night, last-resort bootie calls I could get.

Basically, in conclusion, I would totally pay for a round-trip Amtrak ticket to Pittsburgh so I could meet up with American Horror Story for a weekend after graduation, but that doesn’t mean I won’t resent the hell out of it for the rest of my life.

– All right, let’s talk The Butcher, and more specifically, Kathy Bates’ portrayal of Agnes Mary Winstead, the actress who played The Butcher in the reenactments. This multi-layered approach to the performances is a little complicated (*cough* especially for the poor recappers who have to figure out whose name to use) but it’s playful and fun all the same. Anyway, turns out Agnes is a total nut who identifies with The Butcher a little too much, and has been served a restraining order to stay away from the production of Return to Roanoke. Seems like that’ll do the trick. Nothing to worry about here. 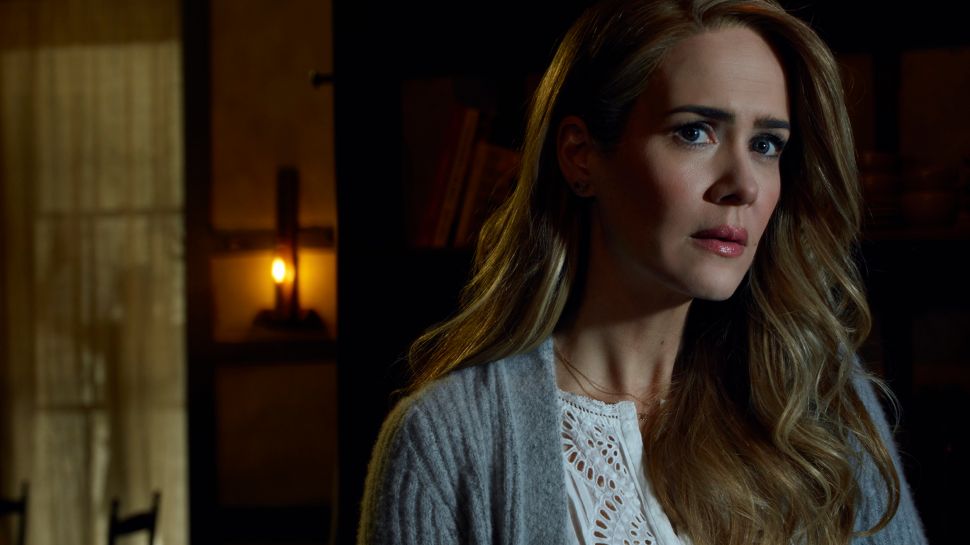