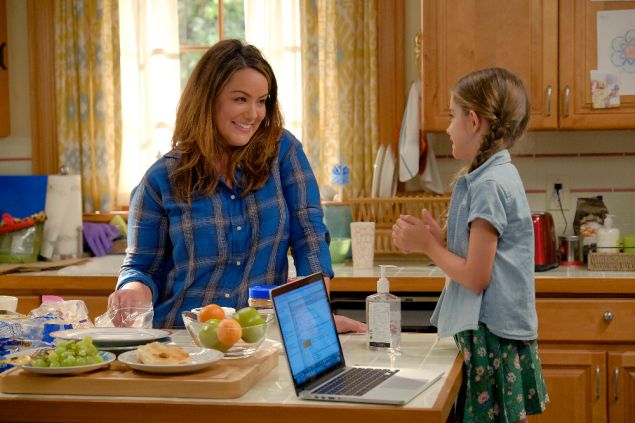 With references to O.J., tampon wind chimes, pimps in Lifetime movies, and the advice, “never pee at a State Fair,” it can certainly be said that the new sit-com American Housewife is quippy with their dialogue.

Underneath the rapid-fire release of exposition, observation and communication is the story of a family just trying to do their best to be themselves—an often-difficult thing to achieve in a categorized world.

In a seemingly ‘Stepford’ town, Katie Otto is a confident, unapologetic wife and mother of three, struggling to assimilate into the wealthy town of Westport, Conn., filled with ‘perfect’ mommies and their ‘perfect’ offspring.

The problem is, Katie really doesn’t want to fit in, she just wants her family to thrive. She refers to herself as “the second fattest housewife in Westport,” with her ranking to possibly change when a heftier neighbor decides to move. While this many be one of the things that keeps Katie feeling like an outsider, it isn’t the only thing.

It’s the fit-bit wearing homeowners with their boats and Labradoodles that make Katie feel uncomfortable—she doesn’t have a sea vessel or a canine and she’s, shockingly, a renter, having moved to the area to secure an excellent education for her kids, particularly her daughter who has OCD (or as Katie refers to it in voice-over, “a touch of the anxieties.”)

Katie sums up her child rearing goals by saying, “My full-time job is to make sure two of my kids fit in less and one of them fits in more.”

Creator and Executive Producer Sarah Dunne explains her thought process behind creating the series as she says, “I want women to feel like they’re being seen and understood and acknowledged and respected, and it’s O.K. that they’re not perfect.”

Katy Mixon who portrays Katie Otto describes her characters as, “An authentic lady living in an unauthentic world. She’s sassy, she’s a firecracker and she tells it like it is.”

Another Executive Producer, Aaron Kaplan, says that that authenticity is what drew him to the project. “American Housewife is like a lot of other successful sitcoms, like Fresh off the Boat and The Goldbergs, in that this is a real story. What I’m excited about is its honesty, its emotion and its comedy.”

Also crafting the series are Kenny Schwartz and Rick Wiener who’ve worked on American Dad and Modern Family. Wiener says he believes the appeal of the series is, “That it’s about a very real family staying together in an often unreal town that’s focused on money and body type and image.”

Schwartz explains further, saying, “Rick and I started on a show called Mad About You and the greatest compliment was people saying, ‘you must have a camera in our bedroom because that’s exactly us.’ We’re doing that too [on American Housewife] and I think people are going to go, ‘I’m just like Katie, that’s my family, that’s how I feel, I feel like I don’t fit in in the town I live in.’ People are going to relate.”

Mixon sums her thoughts about the series up by saying, “Katie is basically dealing with insecurities. She’s learning to recognize them, and then walk through the fire. I think American Housewife represents that it doesn’t matter what gender you come from, what background you are, everybody can relate to insecurities, so it’s truly about walking through the fire; seeing [your insecurities], knowing that you’re not perfect, that it’s gonna be O.K., that tomorrow’s another day, and that you’re going to come out on the other side.” 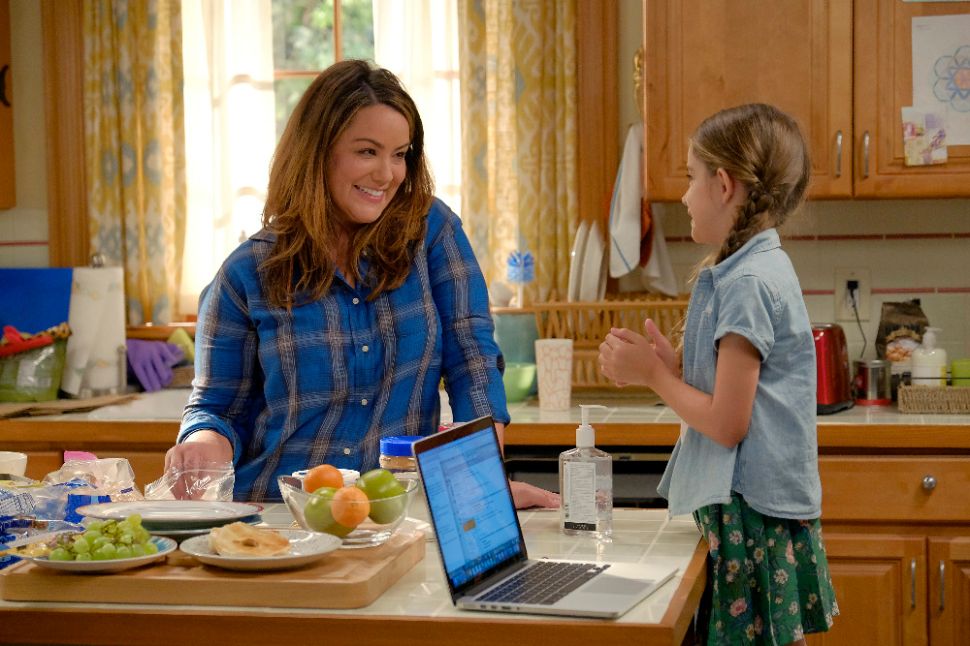