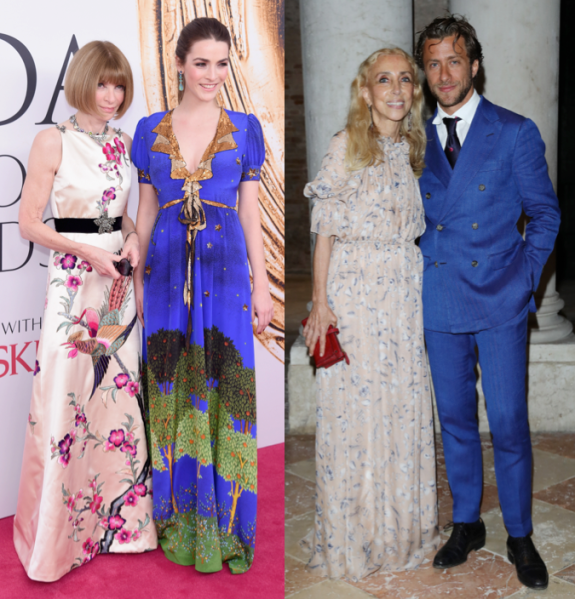 The couple was recently spotted together at the screening of Carrozzini’s documentary, Franca: Chaos & Creation, last Thursday. The subject of the film is Carrozzini’s mother, while Shaffer’s mother played co-host for the stylish (and well-attended) affair. The documentary, which was filmed over four years, hones in on Sozzani’s role at the Italian Condé Nast glossy. She has held her editor-in-chief role since 1988 and so has Wintour; they were both appointed to the top job during the same month. 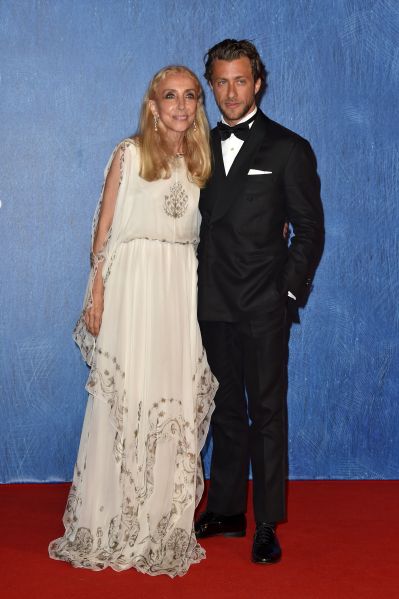 Sozzani and Carrozzini at the Venice Film Festival screening of his documentary. Getty Images

According to Page Six’s source, “apparently, Bee and Francesco have been together for awhile.” And though Vogue declined to provide the gossip site with a comment regarding this rumored relationship, the fashion site did publish a photo of the pair on October 14. They pointed out Shaffer’s Proenza Schouler dress, but neglected to mention her relationship status with Carrozzini.

Truthfully, these stylish offspring already make a good pair, as they have both branched out from fashion and have been embraced by the entertainment world. Shaffer is currently a segment producer on Late Night With Seth Meyers, while Carrozzini is a budding filmmaker. In addition to his latest flick, he has directed music videos for the likes of Nicki Minaj, A$AP Rocky, Beyoncé, Rita Ora and Lana Del Rey (the latter of whom happens to be his ex-girlfriend). 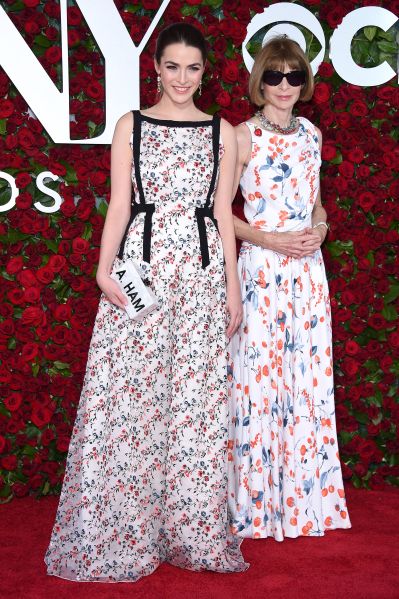 Shaffer and Wintour at the Tony’s. Getty Images

Should you need any further proof that this couple was meant to be, consider that Carrozzini’s Manhattan residence is located in the same exclusive neighborhood as Wintour’s. Though he also resides in Los Angeles, the director bought a $6.8 million townhouse in MacDougal-Sullivan Gardens Historic District in 2008. The community of 21 landmarked townhouses shares a common courtyard, which Shaffer reminisced to The New York Times about growing up in. “You could go across the garden to your friends’ house in a way that’s so, so rare in New York,” she told them. However, crossing a “secret garden” to visit your boyfriend from your mother’s house seems pretty romantic, too. 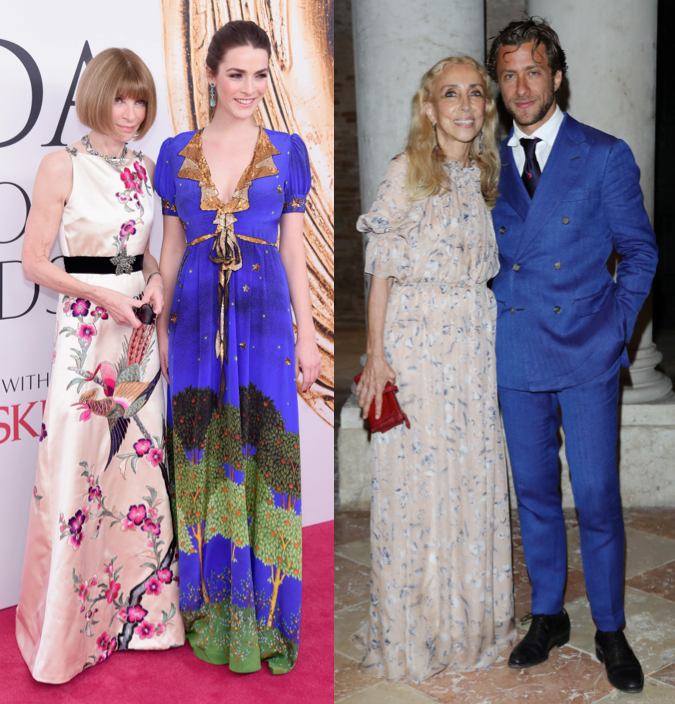