Back in May, it was reported that Ashley Olsen, also known as half of everyone’s favorite twins, was in contract to buy a full-floor unit in a recently converted Greenwich Village condo.

The apartment is “much like the airy Haussmannian flats of Paris,” says the listing shared by Douglas Elliman brokers Madeline Hult Elghanayan, Dennis Mangone and Kirk Rundhaug. That apparently translates to white oak interiors doors, arched ceilings and a kitchen with custom white oak cabinetry and honed marble countertops.

The 3,028-square-foot unit is accessed via a private elevator entry, and boasts north and south exposures. There are chevron-patterned walnut floors, as well as steel and restoration glass doors.

When the Wall Street Journal reported Olsen was in contract to buy the unit in May, Douglas Elliman broker Jared Seligman, who represented Olsen in the deal, told the paper the six-unit building is “very private,” though he declined to further elaborate on her reasons for purchasing the apartment.

Of course, it is possible that someone else perhaps swooped in and snatched up the very unit the child star-turned-fashion designer was eyeing, though we must say it doesn’t seem that probable that a different person happened to go for the one condo Olsen was reported to be in contract to, given the fact that the lawyers signing the documents for this sale are the very ones who also handled Olsen’s previous real estate transactions in the city at 1 Morton Square. Plus, the address listed for the mortgager is 609 Greenwich Street, where the twins leased 32,000 square feet for their clothing line The Row. But you never know!

The pair do seem to have gone their separate ways when it comes to real estate preferences—this pad doesn’t have much in common with the $13.5 million Turtle Bay townhouse Mary-Kate lives in with husband Olivier Sarkozy.

And hopefully, Ashley will be more content in her new condo than she and her twin were with that penthouse at 1 Morton Square—the two paid $7.43 million for that apartment in 2004, though they never moved in. They proceeded to put it back on the market in 2007 and struggled to offload the place for three years—it finally sold for $7.7 million in 2010. 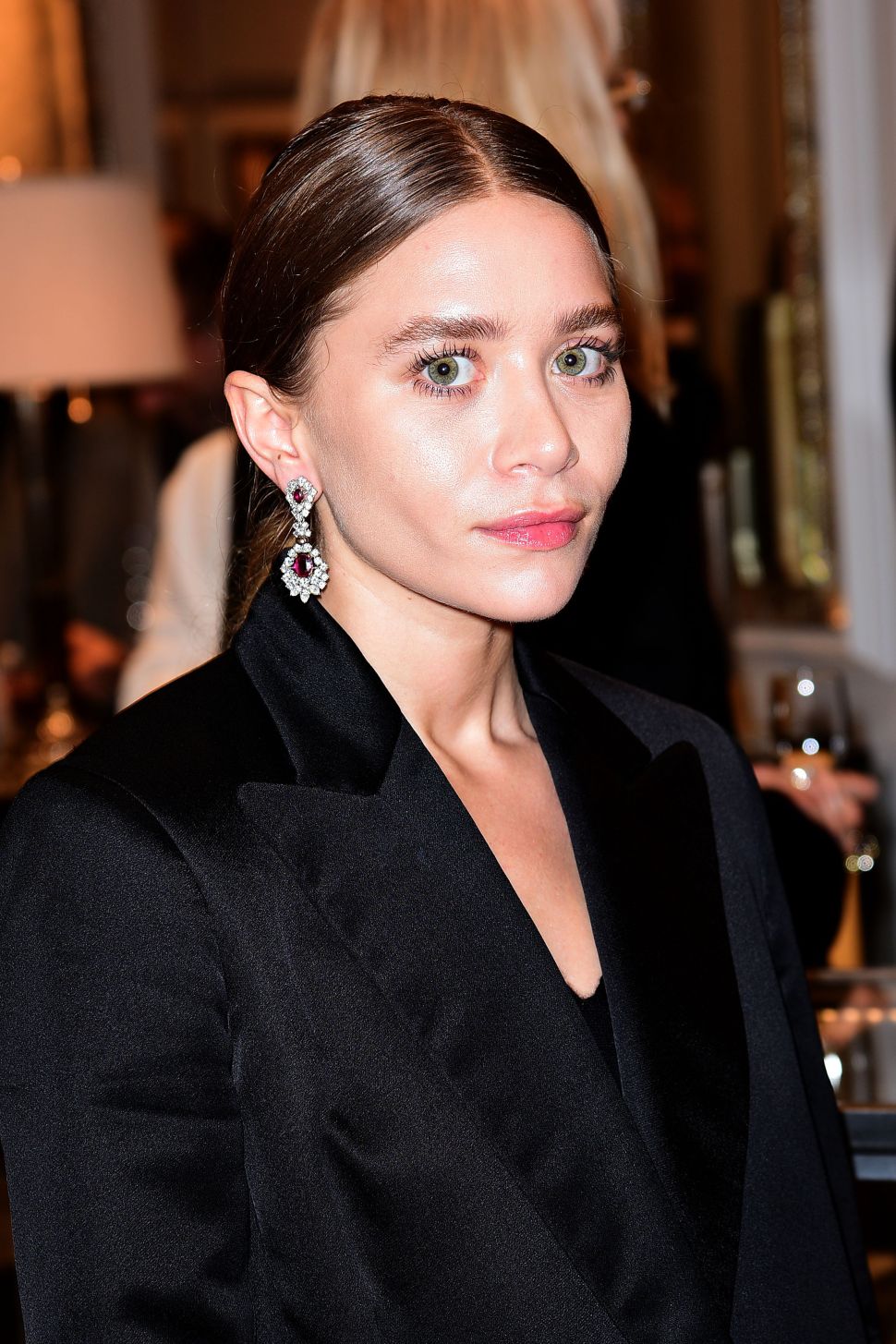