We don’t have to tell you that beauty bloggers are worthy of their fan’s affection (and often obsession). Just consider the fact that over 6,500 beauty enthusiasts gathered to hear top YouTubers like Niki and Gabi host panels with Drew Barrymore at this weekend’s 3rd annual Beautycon festival at New York City’s Pier 36. Model Ashley Graham also hosted a chat with Kelly Rowland, while guests shopped products from cult indie brands such as Lime Crime, Soap and Glory and Barrymore’s affordable line, Flower Beauty. Meanwhile, beauty gurus such as Bethany Mota, who has over 10 million subscribers, met with fans of all ages, while Redken provided a braid bar and NYX Cosmetics led Halloween themed beauty tutorials. Jordyn Woods, model (and well-documented friend of Kylie Jenner), and recording artist Justine Skye also made appearances and walked the pink carpet, Beautycon’s version of the red carpet.

“Our audience is incredibly diverse and see beauty as an expression of creativity and power, rather than something they’re doing to conceal or make themselves feel better,” Moj Mahdara, founded of the festival said in a statement. “It’s inspiring to be in this room each year.”

“My number one beauty must-have is coconut oil. Coconut oil gets the skin together and it also repairs it,” albino male model Shaun Ross, who was worked for the likes of Givenchy and Alexander McQueen, told us on the pink carpet. Similarly, Jordyn Woods admits that her number one secret for fall is keeping her face moisturized. Wearing a coordinating pink turtleneck and skirt with a denim jacket and sneakers, both Woods–who is signed as a plus size model to Wilhelmina–and Ross show that both fashion and beauty are embracing diversity more than ever before. “Modeling has changed a lot in so many ways. People are allowing their minds to expand. People are seeing more faces and people are trying to be different,” said Ross. “I started modeling almost 10 years ago. It’s cool to see that the change is actually happening.”

Woods said that in terms of trying new things in beauty, she’s learned to love an unexpected product. “Blush,” she smiled. “I never liked blush, because growing up, my cheeks were always so rosy. I didn’t like that look, but now I love it!” When asked what look Bethany Mota, the queen of beauty of YouTube, would never try she responded, “I’m pretty open when it comes to trying new looks. Whenever anyone does my hair and makeup, I’m like, do whatever you want. I can’t think of anything I wouldn’t try!”

As for Niki and Gabi, the identical twin sisters who have over 4 million YouTube subscribers, they can’t resist a good dry shampoo. “I think even if your hair isn’t greasy, dry shampoo adds volume and I can’t not use it anymore,” Niki said. “I literally have 20 bottles because I know I’m going to run out.”

Angel Merino, who goes by mac_daddyy on Instagram and has over one million followers says that his guilty pleasure is stashing lashes. “To be honest with you, it’s so bad. I don’t even know what they are,” he said of his insanely glam lashes. “I have a safe spot for my lashes. When I come home at night, I just rip them off and put them in the same spot. It’s a cluster that everyone picks up and thinks they’re spiders when they come over.” Merino explained that he collects nude lipsticks. “I have so many nudes and I put them all next to each other. I feel like they all look the same but they’re all slightly different.”

Aside from all that, eyebrows were a hot topic at the convention. Leigh Ann of LeighAnnSays told us the one look she’d never try is “taking off my eyebrows.” Referring to the process of concealing the brows with foundation and other products, she said, “I don’t think I could master doing that. I think it looks awesome and it gives you more space but I don’t trust myself as much.” Samantha and Nicola Chapman of PixieWoo, which boasts over 2 million YouTube subscribers told us possibly the most unexpected secret to getting great brows. “Soap brows,” they exclaimed. “Using a bar of soap, like glycerin soap, with a bit of in place of brow gel. My brows do not move! It’s an old Hollywood trick, starting in the ‘30s. If you look at Sophia Loren, she’s done it, she still does it. We’re just bringing it back.”

The most empowering message at Beautycon however, was the spirit that beauty is unlimited and you don’t have to be a professional makeup artist to try out the trends at home. “I use Manic Panic to dye my hair,” said Justine Skye. “Sometimes I do it myself.” As Merino noted, “There’s no beauty look people can’t try at home. If you have a computer, if you have a smartphone, you can literally do everything.” 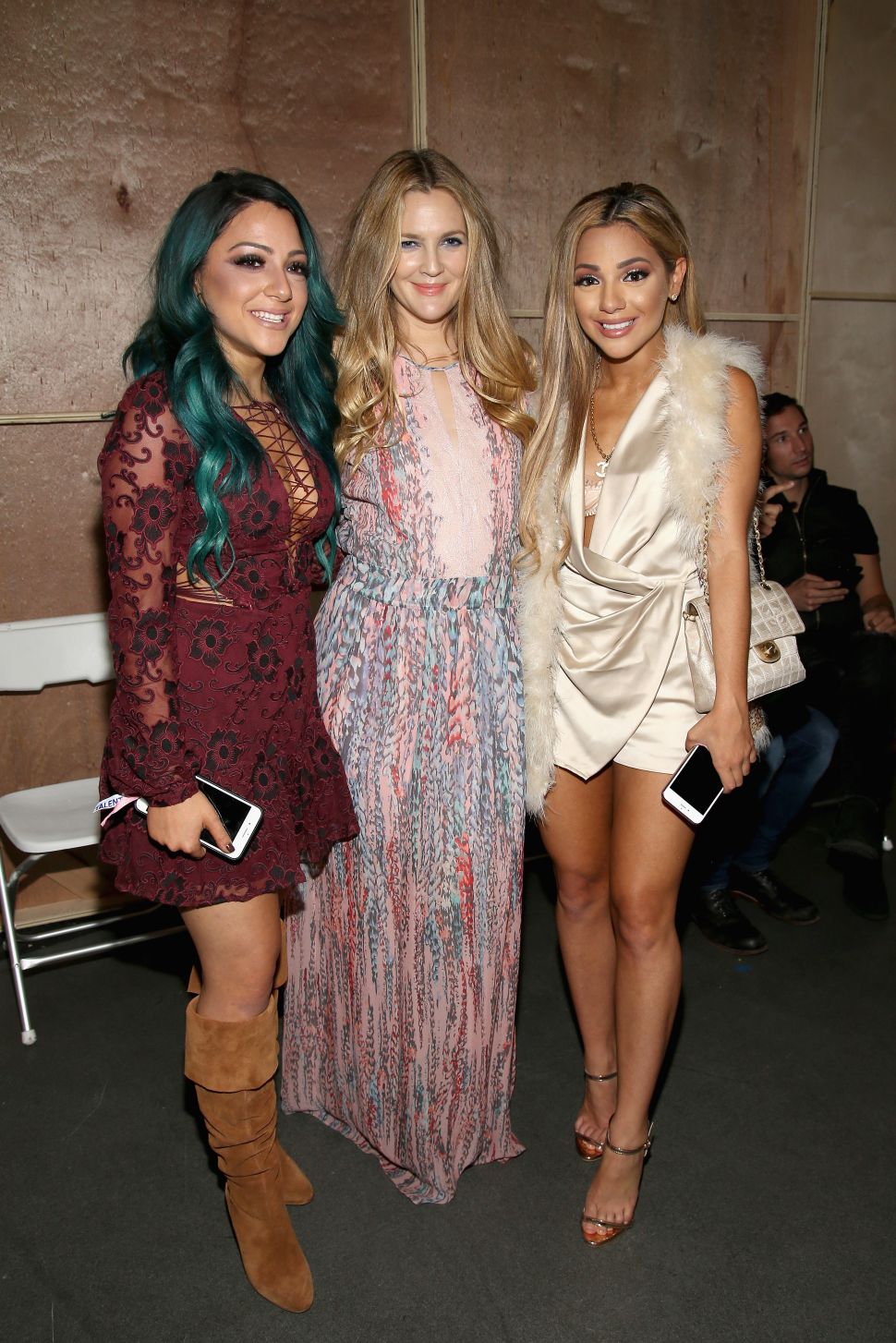