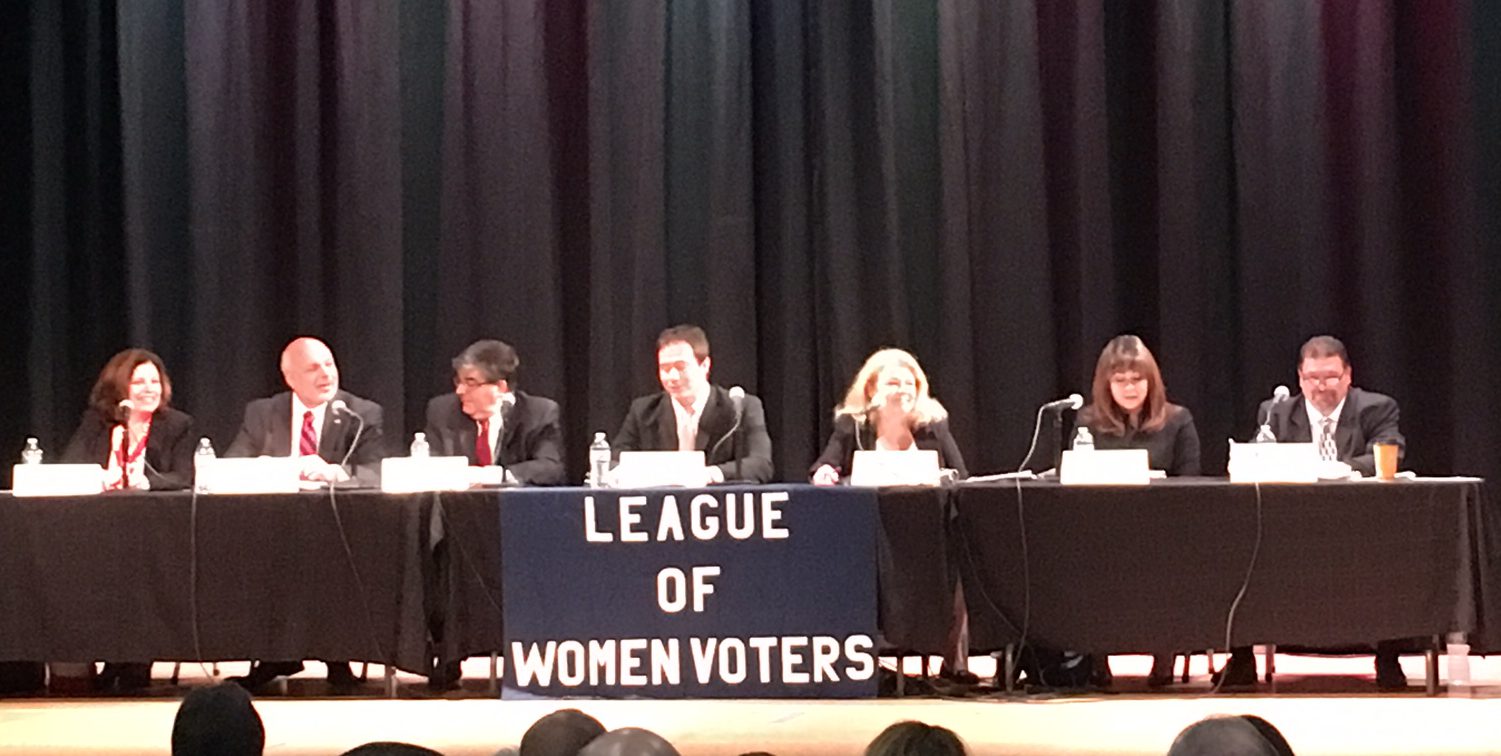 TETERBORO – Seven of the candidates running for a spot on the Bergen County freeholder board took to the stage at Bergen Technical High School on Thursday night to discuss the issues facing the state’s most populous county. The candidates answered questions in the hope of convincing voters to cast November 8 ballots in their name.

Candidates included Incumbent Maura DeNicola (R), Robert DiDio (R), former Freeholder John Driscoll (R), Peter Rohrman (L), Mary Amoroso (D), Germaine Ortiz (D) and incumbent Thomas Sullivan (D). While the candidates on stage come from three different political parties, they all agreed on one thing: that taxes are the primary concern for most Bergen voters and that, if elected, all will do their best to “hold the line” on taxes in the next budget.

When asked about her three priorities if re-elected, DeNicola said that should would “keep the taxpayer first in decision making,” provide effective and efficient county services and champion openness and transparency in government. Like DeNicola, Sullivan is an incumbent. He agreed with his fellow freeholder that the top priority was tax reduction. While taxes were the main focus for many of the candidates, Libertarian Rohrman took the desire to bring tax cuts to Bergen a step further than all of the other candidates on the debate stage. He called himself a “radical” and advised that he would make changes to limit dollars spent on marketing campaigns/county branding and, perhaps most controversially, called for the “emancipation” of Bergen County Community College and defunding the institution.

When Rohrman mentioned his desire to defund BCCC, the other freeholder candidates all immediately opposed that call. Sullivan spoke immediately after Rohrman and took an audible pause before telling audience members he needed a “minute to absorb” Rohrman’s answer. The other six candidates all agreed that funding BCCC was critical. Ortiz, a member of the BCCC board of trustees, said that education was a “top priority.”

Though all candidates other than Rohrman agreed that BCCC was of paramount concern, education also was one of the greatest points of departure during the debate. Democrats including Amoroso took questions on education as an opportunity to criticize DeNicola and Driscoll for a previous administration vote that cut millions from the county budget for education.

While all candidates agreed that “public/private partnerships” were a good way to provide services to Bergen County residents if properly executed, they all also agreed that one such partnership that had gone wrong was the Bergen County Regional Medical Center. Earlier this year, the facility came under fire for a lack of oversight that potentially lead to a number of allegations of violence at the facility. Next year, a 19-year contract between the Bergen County Improvement Authority and the medical center will expire, opening the door for changes at the facility.

“The contact at Bergen Regional, it was wrong,” Driscoll said. “I am totally against a 19, 20 year contract. In that time mistakes happen.”

Driscoll, Amoroso, and other candidates also cited the need for Veterans Affairs services at the facility.

Other discussion topics included limiting road congestion through the expansion of the light rail, the Pilgrim Pipeline (all but Rohrman plan to fight it) and ways to connect to the county.

If elected, Driscoll said he would take a 25 percent pay cut. Rohrman rebutted by saying that he would do the job for free. Typically freeholders bring in around $28,000 annually for their part-time position.

“I will put the ‘free’ back in freeholder,” the Libertarian said. He then asked if any of the other candidates would be willing to do the job at no cost. No committed to do so.

Though he was not present, Libertarian Demosthenes M. Backos is also running for a freeholder slot. The debate was hosted by the League of Women Voters, the Jewish Community Relations Council and the Young Professionals of the Urban League. 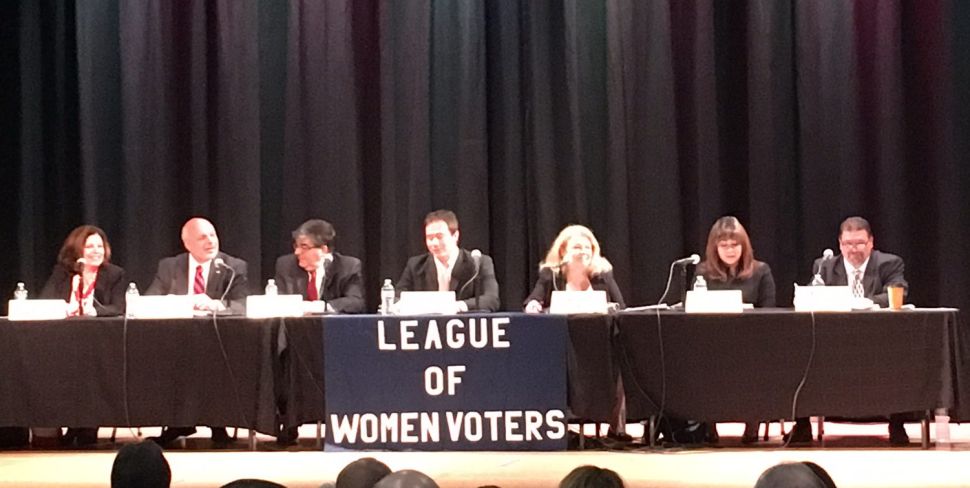