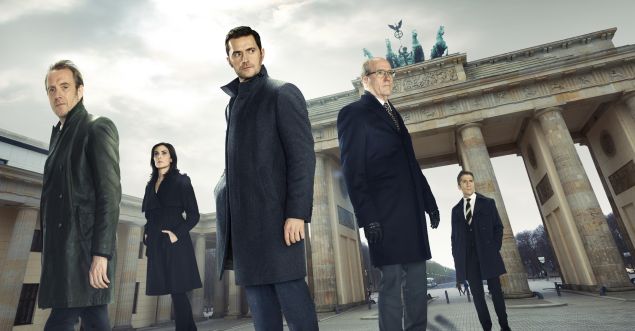 The cast of Berlin Station. Photo via EPIX

At various points, as the narrative unfolds, viewers of the new series Berlin Station will have a hard time figuring out what’s going on.

The series follows a CIA agent who has just been stationed in Berlin, Germany, tasked with uncovering the source of a leak who has supplied information to a famous whistleblower.

This confusion is all by design, says series creator Olen Steinhauer, a successful novelist who’s crafted complex spy novels for over a decade.

“I’ve devoted so much time of my career to writing espionage stories because what’s fascinating to me is that for these people it’s their job to go out and seduce others through lies and manipulation. Knowing that, I’ve always wondered how that affects how they feel about themselves,” explains Steinhauer.

Going deeper into the topic he says, “Say you’re a CIA official but you’re posing as a student to gain information. This person is spending all day acting like a student, and then they turn that off and turn on their role of being a CIA officer. If you’re doing that role-switching on a daily basis, or sometimes an hourly basis, you can see how this person could start to wonder who they really are. That’s a major theme of the series – identity.”

Steinhauer says he believes that it’s the mysterious questions asked via the narrative that will initially draw people in, but that there’s another factor that he hopes will keep them coming back.

”Yes, we absolutely have those plot moments that are tricky and exciting — this is a spy thriller after all — but the real goal that we set out to achieve is to create characters that the audience will be fascinated with. Both of these elements really work in concert to keep viewers continually invested in this. I think anyone that turns in for an episode will see that right away.”

If the premise of the show sounds a little like the current Edward Swonden situation, Steinhauer says this isn’t exactly part of his thought process. “It wasn’t an emphasis in the genesie of this. To me, the best TV these days is about world building so I wanted to create the claustrophobic world of the CIA stationed at an embassy and then take that and wrap it up with an ex-pat who lives in Berlin. I thought all of this would be rich enough material to explore for many episodes.”

Steinhauer points to several other series that inspired him during the creation and evolution of Berlin Station. “They’re all older shows and some are not well known. The least well known is probably The Sandbaggers, which is a late 70s British show. To me, that series plays like a really good John le Carré novel with a lot of bureaucratic back and forth going on. I was also inspired by The Prisoner which starred Patrick McGoohan and the original Tinker Tailor Soldier Spy BBC miniseries with Alec Guinness.”

He also points to the half hour series Secret Agent Man as an stimulus for his television work. “It’s an early 60s British import [also known as Danger Man in the UK] that really holds up over time. Those are some really smart scripts.”

Moving from novel writing to producing a serialized television drama wasn’t without its challenges, admits Steinhauer, but he points to one facet as particularly taxing, at least at first. “Collaborating with other people was really hard for me in the beginning. For the previous decade I would walk into a room by myself and a year later hand in a completed novel. For this series, I was having to listen to other people’s ideas and at first that was difficult for me. Then I realized that they were amazing concepts that were elevating the project to new levels in ways that I never could have done on my own.”

Steinhauer concedes that it took him a while to get used to this process. “To be truthful, it was a few months before I really gave into it. I felt myself fighting it during that time and then I realized that working this way we were creating quality scripts, so I told myself to just chill out and it worked.”

While he’s ‘chilling out’ Steinhauer hopes that viewers won’t when they’re watching his latest creation, comparing it to a something he knows a thing or two about. “I think this is like a real page-turner but it just happens to be onscreen; I think you’ll be watching, not knowing exactly where it’s going, but you’ll find that you just can’t wait to see what happens next.” 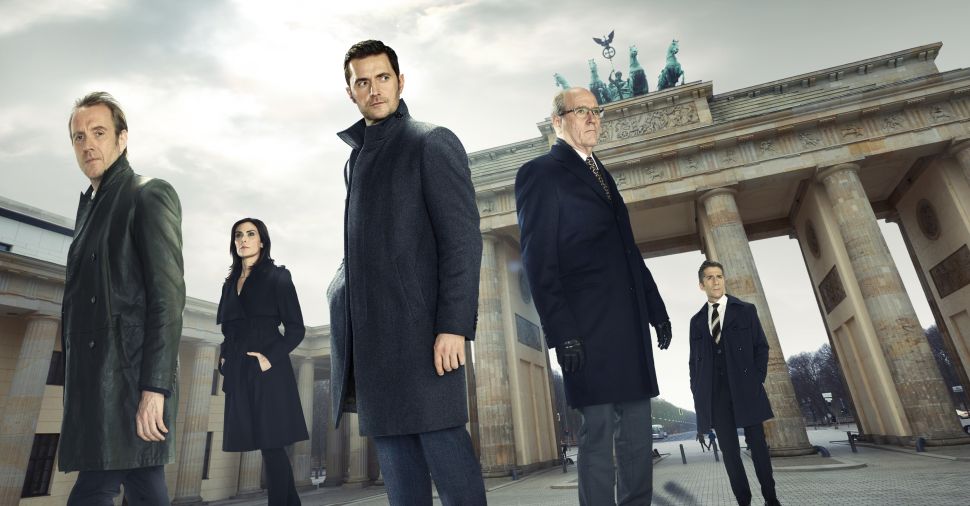